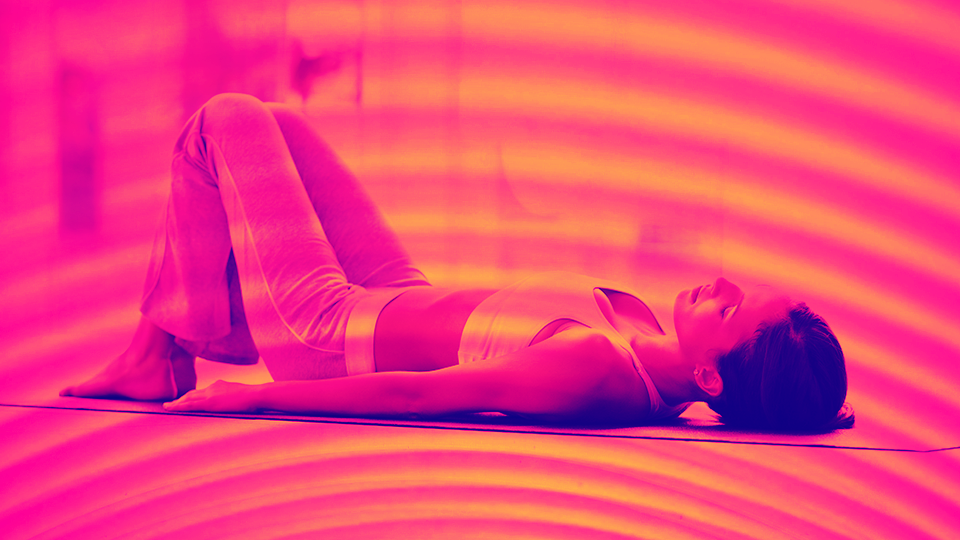 It’s been a few weeks since my first sound bath, and I’ve been back a couple of times. To be honest, I’ve been wanting to tell everyone about my *life changing* new hobby, but based on the cynical reaction I received from a test group of colleagues, friends, my boyfriend, even my sister (“Um, you’re doing what now?”), I kept this one mostly to myself. Because yeah, sound bath meditation seems fucking weird, but it’s also really great. I promise there’s no bath tub or actual bathing, and I really think you would enjoy it, if you just tried it.

But first, let’s back up a bit. For the past seven years, ever since I first fell in love with fitness, music and exercise have gone hand in hand. A rotation of electro house and modern R&B when I’m sprinting on the treadmill, the odd ’90s track when I’m working out outdoors, Beyoncé everything when I’m in the weights room, and hip-hop for yoga. I’m definitely not alone in feeling this way—in fact one study shows that working out with music makes the exerciser less aware of their physical exertion (read: pain), and can benefit athletic performance by an impressive 15 percent. Really, the only thing I ever did at the gym without music, was meditate—until I was invited to a sound bath meditation, and promptly realized that duh, of course music makes that better too.

My introduction to the (admittedly new age sounding) world of sound bath meditation was through The Big Quiet, an event that happens every few months in New York.  At the particular moment I arrived, I was the mental equivalent of a train crash after running (very) late, slightly hungover, realizing I didn’t have my ticket, and taking a frantic tour of the building to have a new one printed. After taking a seat I was told to kick off my shoes—so, don’t do what I did and wear over-the-knee boots, k?—and switch off my phone, we began. Other sound meditation that I went on to try have similar rules, and begin with the teacher giving some spiel about feeling or enjoying the vibrations, and inviting you to use your own mantra, or a new one they suggest.

What makes sound bath meditation different from regular old meditation, obviously, is the sound, which usually comes from drumming, tuning forks, gongs, bowls, chimes, and/or singing. They’re not just making subtle background noise the entire time either, for 15 minutes two instrumentalists played their hearts out on an assortment of bowls, chimes, gongs, and symbol-looking things. “We use gong baths in our practice,” meditation guru Gabrielle Bernstein told me when I was preparing for my first session. “A gong bath can be very therapeutic because you’re literally bathed in sound waves. The gong bath can take you into a theta brainwave state of deep relaxation and healing.” Which brings me to the point of all this: Relaxation. Did my “sound bath” leave me feeling totally zen and euphorically blissed out? Yes and yes. 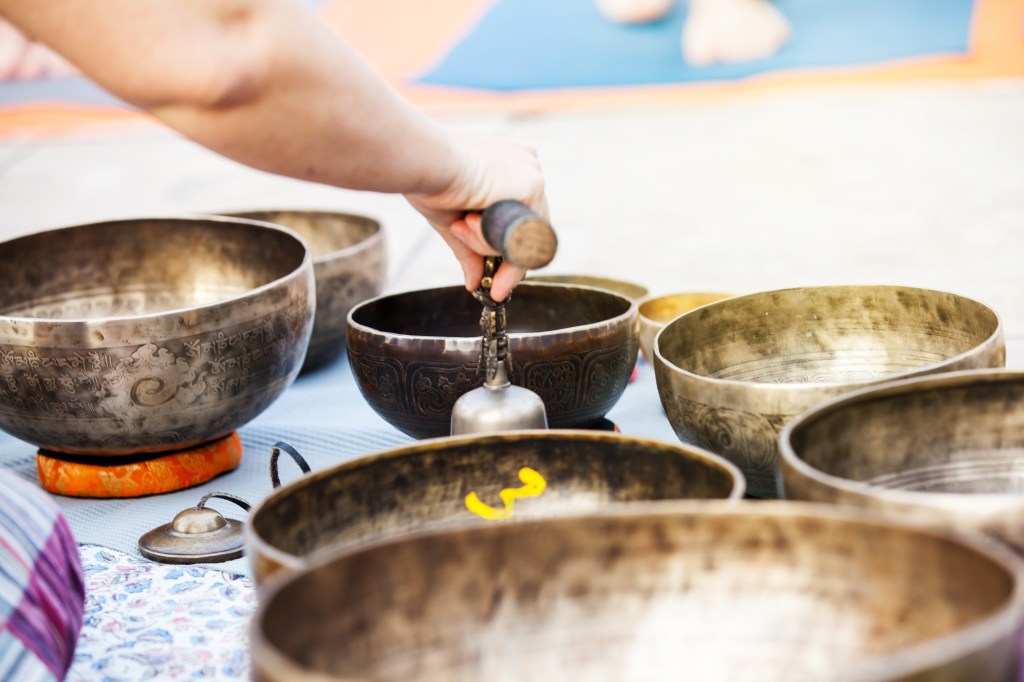 Basically, the sound vibrations are supposed to help shift your brain into a more relaxed state, to make it easier to experience a deeper meditation, what Bernstein described as a “theta brainwave”—which it did. If you’ve ever attempted to meditate, you’ll know that the second you try not to think about stuff, is exactly when your brain decides to mentally write a grocery list or remember a person you forgot to text back. With a bit of external noise, I felt that internal chatter quieten down quite a lot. I felt zen, chilled, good, and that feeling didn’t change on the crowded subway home or when I woke up for work the following morning. It followed me right through the next day and into the night, at which point I decided I should probably be doing this daily. And yes, you should be too.