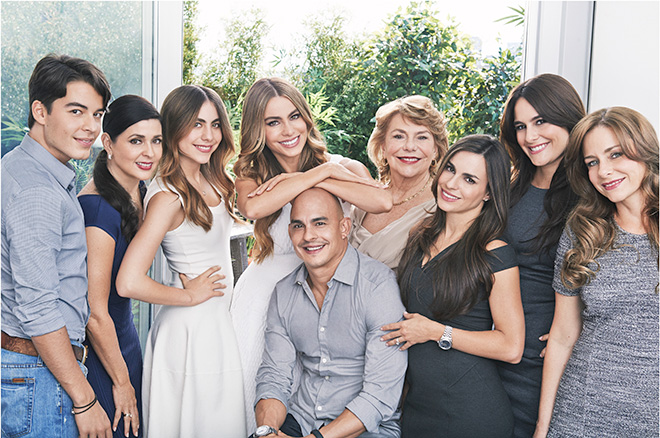 Dandruff shampoo may not instantly strike you as glamorous, but now Head & Shoulders has a new brand ambassador who most certainly is. Modern Family star Sofia Vergara has just signed on as the face of the brand. Apparently she’s been using the products for over 20 years (so that’s what’s behind her impossibly shiny mane).

But Vergara won’t be going it alone for the upcoming campaign, which launches in early 2014. She’s bringing several of her relatives along with her. (Remember when she brought her whole family to the Emmys? It’s kind of like that.)

“I am excited to be joining a new family,” the actress said in a statement. “Head & Shoulders has been a part of my hair care regime and my family’s since I was young. In fact we joke that 8 out of 9 Vergaras use it; AND there are a LOT of us.”

This isn’t the first beauty deal for the Colombian bombshell. She’s currently an ambassador for P&G sister brand CoverGirl.

Read more: Find the Best Shampoo for Your Hair Type