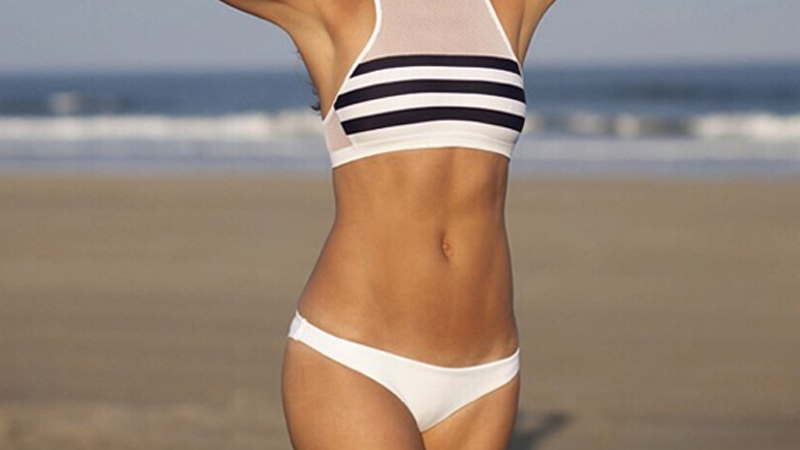 While rail-thin celebrities have always gotten the bulk of the blame for setting an unhealthy expectation for what women should look like, there’s now another more powerful culprit to blame: social media. According to a recent Glamour magazine survey, 54 percent of women between the ages of 19 to 40 feel unhappy with their bodies, and 80 percent responded that just looking in the mirror could make them feel bad. “I won’t sugarcoat it,” Glamour’s Editor-in-Chief Cindi Leive said on the “Today” show. “These were some difficult results.”

MORE: What is a ‘Normal’ Bikini Body?

Out of the 1,000 women polled, 64 percent said that looking at photos of women on social networking sites like Facebook and Instagram is what made them feel the worst about their shape. “That’s the one factor that we found really made a difference,” Leive said. “The more time a woman spends on social media, the worse she feels about her body.”

The reason why images on social media could be having more of an impact than those of models and actresses? “Celebrities, we all know, have a lot of help. They have a whole pack of trainers and dietitians who help them feel good about their bodies,” Leive said. “But really, when you’re looking at women on social media, you’re thinking, that’s the girl next door. If she can do it, I ought to be able to do it.”

Not only are women tying their expectations of what they should look like to images of women they see on social media, they’re increasingly dependent on social media to validate their self-worth. “The average woman has become a likeaholic,” Leive said. “Even accomplished women who know that they shouldn’t care about these things find themselves going back to refresh to see how many people have liked their pictures. It’s the going down the rabbit hole of Facebook and Instagram and the constant comparing.”

MORE: ‘There’s Now a Mirror That Makes You Look Thinner

Leive’s advice on how to shed your bad body image? Women who frequently exercise were found to feel better about their bodies in general, and  she also cautioned women to limit the amount of time that they spend online, recommending an Internet self check, and asking yourself, “Do I feel better or do I feel worse about myself when I log off?”