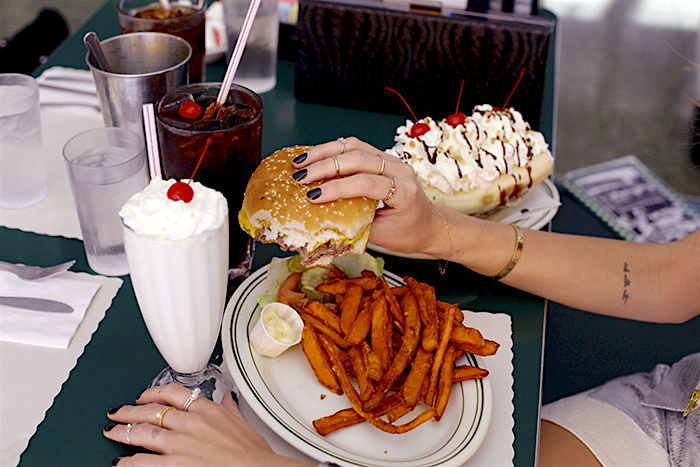 Milkshakes are objectively not a health food. But neither, for that matter, are green juices; where milkshakes pack in ice cream and artificial sweeteners, green juices are frequently fruit-based to the point of racking up 45 grams of sugar per 12 oz ($14) bottle. The lesser of the two evils may seem abundantly clear—when in doubt, go for the fruit over the ice cream, right?—but according to a small study recently published in the American Journal of Clinical Nutrition, things just aren’t that simple.

There’s a reason you’re still starving even after you’ve downed those 400 calories worth of organic apple, lemon, and kale: No matter what’s in them, and no matter the nutritional value, juice always amounts to empty calories. Without the feeling of satiety, you’re just not addressing hunger. And this is where milkshakes come in—well, kind of.

The study found that 500 calories of a thin, low-viscosity shake left participants feeling (and actually being, based on the results of abdominal scans) significantly less full than a thicker 100-calorie shake of the same size. This phenomenon, researchers say, is referred to as “phantom fullness,” the simple sensation of feeling as if you’ve eaten enough to be satisfied.

Juices, sodas, and thinner beverages of the same nutritional value—both of the shakes used in this study were composed of 50-percent carbs, 20-percent protein, and 30-percent fat—as their thicker counterparts just aren’t enough to quiet that feeling of hunger, even when more calories are consumed. So if you’re trying to avoid that late-afternoon second-lunch desperation, or cut down on calories overall throughout the day, reaching for a milkshake is a better bet. (A substantial dairy-based smoothie with plenty of texture will work, too.)

MORE: Breaking Down the Benefits (and Risks) of Quitting Sugar