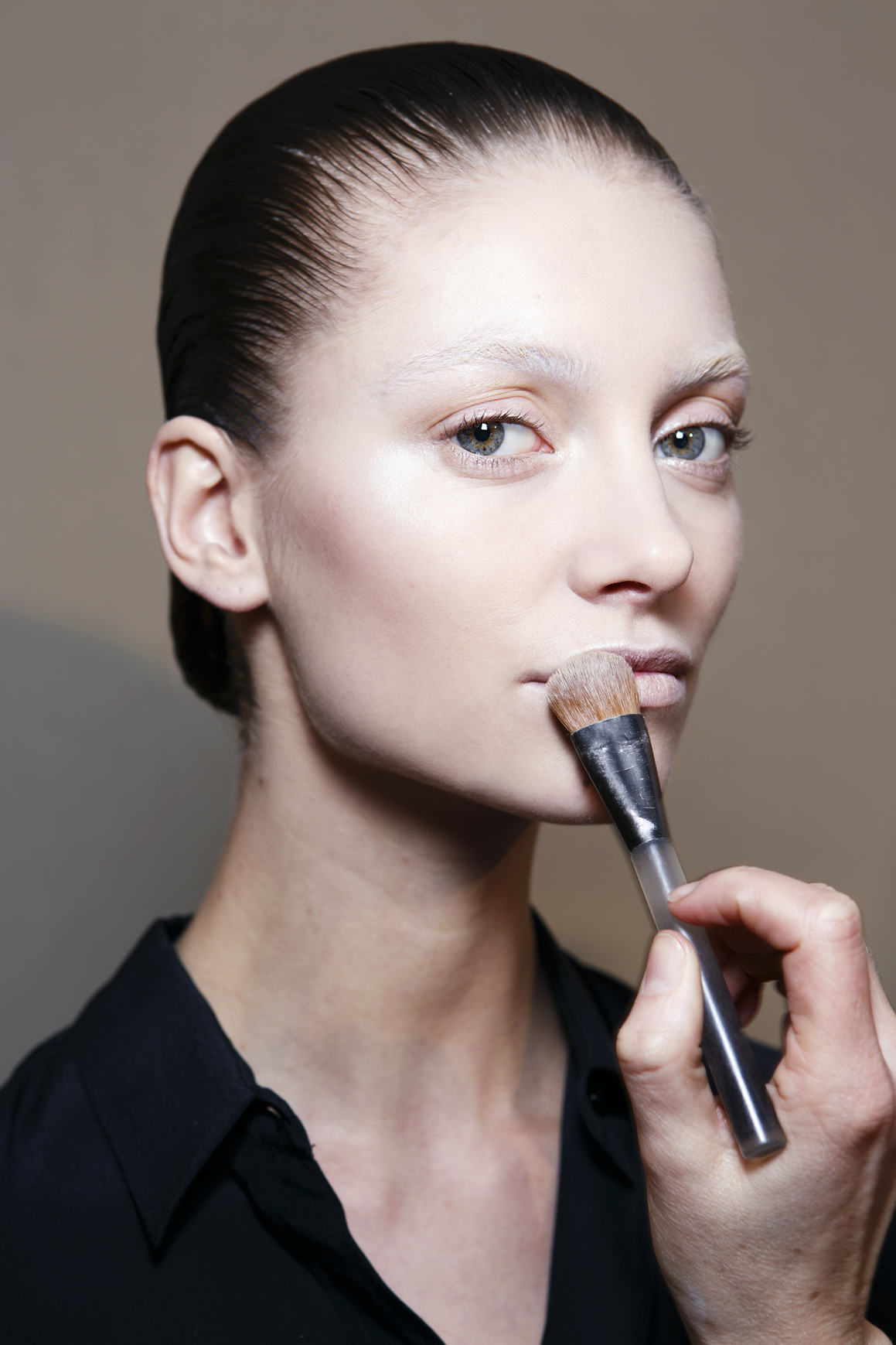 It’s not just a runway trend anymore—with celebrities from Michelle Williams to Kim Kardashian embracing it, it’s clear that bleached brows have become a bonafide Thing. So should you follow suit and make 2015 The Year of Peroxided Brows?

No. You should not bleach your eyebrows.

We think bleached brows are like fetch—stop trying to make it happen, it’s not going to happen. Here are five reasons why you definitely shouldn’t bleach your eyebrows this fall…or ever.

1. It’s damaging.
You already know how damaging bleach can be—that’s why fancy things like Olaplex exist. Your eyebrows are far more delicate than the hair on your head, and one tiny wrong move with bleach can break your brow hairs off at the root. So unless you want to look like an emotionless extra-terrestrial, skip the peroxide.

2. Brows are more than just a cosmetic feature.
Speaking of emotions: though we mostly think of them as frames for our faces, eyebrows actually play major roles in the way we express and interpret emotions. Your brows naturally move around a lot when you emote, which helps you express what you’re feeling—and also helps other people understand what you’re feeling. Studies have shown that, when shown videos of people with their eyebrows digitally or cosmetically removed, subjects are unable to tell what those people are feeling.

Bleached brows also cut down on something called ‘facial contrast’—which turns out to be a key component in how old (and how attractive) people think you are. A recent study showed that people thought that women with less contrast between their eyebrows, skin and lips were older than they actually were. In other words: darken those brows and look young forever!

3. Experts say it’s not a good look.
We did quite a lot of research for this story, and we could not find a single brow pro who said that bleached brows were a good look outside of a magazine editorial or runway show. “I do lighten brows to work with hair color changes, but only to soften the natural color,” said New York’s reigning brow queen, Piret Aavar. “But I’d never make them SO light that they disappear. You get rid of your brows, you get rid of that frame and that balance and you look faded and washed-out.”

We don’t know about you, but we’d rather avoid anything that involves descriptors like that.

4. It’s DANGEROUS.
Many colorists won’t bleach brows at their salons. This is because, even with special training, getting chemicals that close to your eyes is dangerous—to say nothing of how insanely foolhardy it is to try it at home. And the allegedly “safe” at-home facial hair bleaching kits? Yeah, they still contain peroxide and ammonia, which can cause corneal scarring and blindness if even a tiny bit gets in your eyes. And that’s to say nothing about the risks of chemical burns on your skin caused by the chemicals, which can happen with even the best preparation in the world. The risk isn’t worth the reward!

5. One word: roots.
Regrowth is bad enough when it comes to the hair on our head; we can’t think of anything less chic than blonde brows with dark roots. Hard pass.

More from Daily Makeover: The Best Eyebrows For Your Face Shape