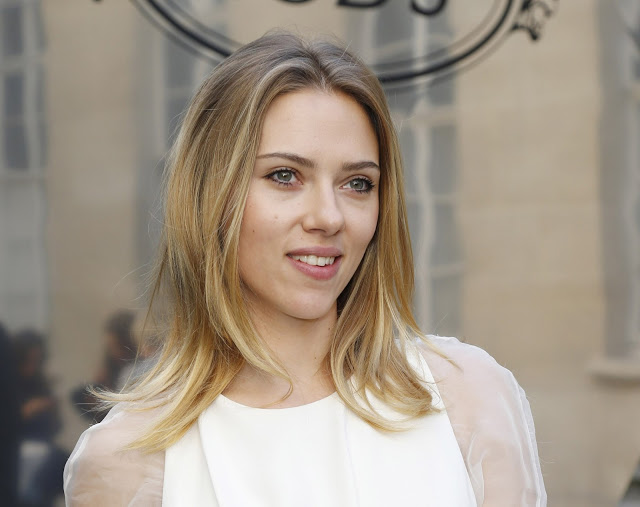 Want to bag ScarJo? Have kinky sex in a car.

1. Have sex on a plane like Chrissy Teigen
“We were on our way to Thailand to see my parents, flying commercial first-class,” the model told Cosmopolitan. “We were under a blanket. We weren’t even in one of those pod things. I feel like we should get a trophy for that.”

2. Guys, don’t own lame music.
In 2009, Mary Louise Parker filled Esquire in on the 10 biggest sex music turnoffs. Among them: Records by any act whose name is of a Greek or Latin etymology (i.e. Styx, Megadeth, Yanni); any recording of Carousel—original Broadway cast or national tour; and any album by Paul after George died, any album by George after John died, and any album by Ringo after Elvis died.

3. Have naked Sundays like Christina Aguilera.
In 2007, the powerhouse singer told Ellen Degeneres how she and then-husband Jordan Bratman keep things sexy. “We have something called naked Sundays,” she said. “On Sundays we just do everything in the house, and we’re just cozy and laid back. We do everything naked. We cook naked.” The couple split up in 2010, so maybe they should have gotten dressed.

5. Have sex in unlikely places like Jada Pinkett Smith.
“Think of places outside that are comfortable to have sex,” the actress advised to Redbook in 2009. “Does he have access to his office? Have a fantasy date. Be his secretary! Be sneaky. Your girlfriend’s house at a party. The bathroom! A guest bedroom! Just switch it up. Anything like that can keep it going. Anything it takes to keep the flame alive.”

6. Don’t shelve your “bad girl” once you’re in a serious relationship.
“‘I’m still a bad girl,” Angelina Jolie told CBS News in 2011.”I still have that side of me…it’s just in its place now…it belong to Brad [Pitt], Or…our adventures.”

MORE: 50 Fictional Characters We’d Like to Have Sex With

8. Use a webcam like Kate Beckinsale.
The British actress told the Mirror that long trips away from director Len Wiseman are made more bearable with nightly strip sessions via webcams. “It was Len’s idea and he set them up. He tells me what to wear each evening. It really helps our relationship,” she said, adding: “There’s no way we are keeping it clean. That’s the whole point. It’s just like when you get a photocopier and you just have to do one of your bum. It’s just one of those rules of life.”

9. Have pregnant sex like Angelina Jolie …
In 2008, Jolie told Entertainment Weekly that pregnancy has its perks. “It’s great for the sex life. It just makes you a lot more creative. So you have fun, and as a woman you’re just so round and full.”

10. …And Jessica Simpson.
In 2012, a pregnant Simpson told Ryan Seacrest “I am definitely ‘feeling intimate. I’m kind of unstoppable right now. The Big O is, like, the biggest O ever!”

11. Don’t let age (or a prosthetic knee) slow down your sex life.
At 76 years old, Jane Fonda knows you can have great sex at any age. “While I am quite flexible and I can kneel, [sex is] not quite as comfortable for me as it used to be before I had a fake knee,” she told television host Amanda de Cadenet in 2012. “[I prefer to be] either lying down or sitting up on a couch with him coming on to me, no pun intended.”

12. Don’t have “pedestrian” sex like Sting.
“Being apart juices the relationship,” noted tantric enthusiast Sting said of wife Trudie Syler in Harper’s Bazaar‘s February 2011 issue. “When we see each other, it’s romance. I don’t think pedestrian sex is very interesting. There’s a playfulness we have; I like the theater of sex. I like to look good. I like her to dress up. I like to dress her up … We like tawdry.”

13. Monogamy can make sex better, says Lady Gaga.
“I never actually enjoyed sex until two years ago,” Gaga told Grazia in 2011. “It was a proper monogamous relationship in which I felt free enough to trust and I had enough self love … Sex is the ultimate expression of vulnerability and for me it was important to know that it was a proper relationship so it was sex as a source of love and nothing else.”

14. Fantasize about getting kinky in a car like Scarlett Johansson.
According to Contact Music, ScarJo described the following fantasy in 2008: “I think having sex in a car is sexy. If I were in a really raunchy frame of mind and thinking of doing something crazy and kinky and sexy, the back seat would be it.”