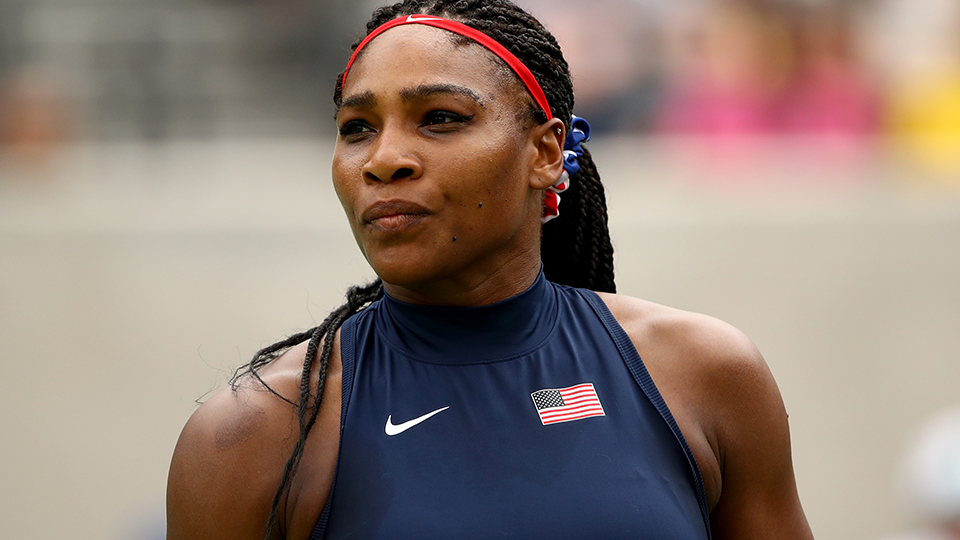 Serena Williams’ style game is on par with her tennis prowess—and that’s saying something, obviously, considering she’s the world’s numero uno for women’s singles. The youngest Williams sister has long established herself as the on-court queen of nail art, but she’s also been known to give presidential candidate Hillary Clinton a run for her scrunchie-loving money, too—a fact she reinforced yesterday on day two of the 2016 Olympics in Rio.

MORE: How 10 Premiere Athletes Prepared for the Olympic Games

Appearing first against Australian player Daria Gavrilova, then later in the game alongside sister Venus, Williams repped her home country—and seamlessly combined style and function—with an American flag scrunchie not unlike one you’d find at Claire’s in the early ’90s. She paired the nostalgic accessory with a sick set of red, white, and blue talons, because she’s also a certified nail tech. She may also be dating Drake. As you do!