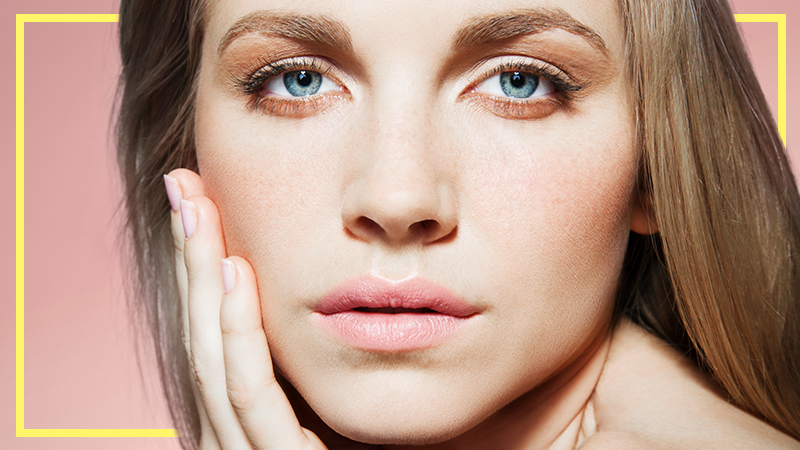 Sensitive skin: If you ask, most of us will say we’ve got it. In a 2009 study published in Clinical and Experimental Dermatology, more than 75 percent of people surveyed claimed to have sensitive facial skin. A study published the year before found that nearly a third of participants believed their skin sensitivities were becoming more intense as time marched on.

You’d think that with so many people suffering from easily irritated skin, we’d have a clear-cut blueprint on how to deal with it—like we do with, say, acne. But here’s where it gets weird: There’s no medical definition for sensitive skin. In fact, within the dermatological community, the condition is largely viewed like our so-called collective gluten allergy—something that’s often self-diagnosed, increasingly fashionable to have, and, likely, not legit.

“Sensitive skin is a very misused and abused term because skin is not really inherently sensitive,” says Rick Woodin, a cosmetic scientist who has been in the biz for more than 30 years.

In fact, Woodin, who is head of R&D and chief scientist for ZO Skin Health, says that outside of medically defined skin diseases such as rosacea, eczema and psoriasis (all of which compromise the skin’s barrier) and skin allergies (which are recognized to make skin more sensitive), so-called sensitive skin can be overcome.

Intrigued, we asked Woodin and dermatologist Zein Obagi—who also serves as the medical director for the brand and as head of Obagi Skin Health Institute in Beverly Hills, California—to break down how, exactly, to strengthen easily-irritated skin and cut down on itchiness this winter.

Woodin and Obagi both believe that outside of skin diseases, like those mentioned above, skin sensitivity is caused by a compromised or weakened skin barrier. “The skin’s barrier function is one of the predominant first lines of defense against external aggression,” explains Woodin. “If skin has proper barrier function, then it won’t have a response to chemical stimulus,” he says, noting that chemicals don’t just refer to potential irritants or toxic ingredients. “Everything is chemical in structure, including water,” he reminds us.

And if skin isn’t diagnosed with atopic dermatitis or allergies but becomes itchy, burny, red, and irritated? “It’s most likely because there’s an imbalance in the skin’s barrier property,” says Woodin. “Skin can become less tolerant [to topical products] because moisture balance and lipid balance—the two primary functions of a healthy skin barrier—are suppressed.”

Now, it’s only reasonable to think that loading up on lotion would be the answer to bolstering skin’s moisture and lipid balance—after all, moisturizers can deliver both hydration and lipids, the fats that keep moisture locked into skin. But both Woodin and Obagi say that this offers only a temporary and surface solution. What’s more, it creates a dependency on moisturizers for a quick fix instead of triggering actual change within the skin itself, where it needs to happen.

So Obagi suggests something that we rarely hear: If you don’t have a skin disease or identified allergies and are experiencing skin sensitivity, “stay away from moisturizers to create a strong skin barrier.” It’s a message he touts in his book The Art of Skin Health Restoration and Rejuvenation.

For their part, Obagi and Woodin create products designed to jump-start the skin’s own functions by using biomimetics, technology in products that triggers what the skin would naturally do. “By inducing your skin to produce hyaluronic acid and glycosaminoglycans, you improve moisture-retention properties,” notes Woodin. “That’s how to maintain the skin’s water balance.”

Another way to bolster the skin’s barrier and toughen up its response to skin care products? Allocate money otherwise spent on a pricey sensitive-skin cream for a trip to the derm instead. An MD can help identify whether you are suffering from a truly sensitizing skin disease like rosacea or eczema and provide patch tests to uncover allergies that give skin redness, rashes, or itch.

And if neither are the case, your skin pro can help devise a plan to maximize your skin barrier and obliterate its so-called sensitivity altogether. Not only will this make skin healthier in upcoming dry winter months, it will also make skin less likely to freak out when you use beauty products gifted at Christmas or apply next-level makeup come New Year’s Eve.

MORE: What You Need to Know About Sensitive Skin