In theory, selfies seem pretty harmless. You like the way you look at a particular time, you snap your own photo, and you broadcast it out to your social followers and wait for the “likes” or comments. Done and done. However, according to some reports, selfies could be responsible for a host of unsavory things, including head lice and abysmal real-world relationships. Now, there’s a new issue: It seems selfies are causing people to go under the knife. 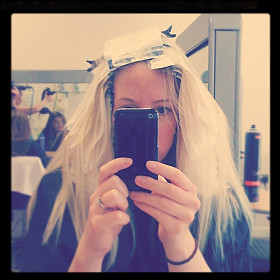 According to a new study by the American Academy of Facial Plastic and Reconstructive Surgery, the rise of the selfie is having a huge impact on the facial plastic surgery industry.

The poll—which selects a group of the organization’s 2,700 members to uncover the latest trends in facial plastic surgery—found that one in three surgeons surveyed saw an increase in requests for procedures due to patients being more aware of how they looked on social media.

“Social platforms like Instagram, Snapchat and the iPhone app Selfie.im, which are solely image based, force patients to hold a microscope up to their own image and often look at it with a more self-critical eye than ever before,” says Edward Farrior, MD, President of the American Academy of Facial Plastic and Reconstructive Surgery. “These images are often the first impressions young people put out there to prospective friends, romantic interests and employers and our patients want to put their best face forward.”

And it’s not older women going under the knife, either: In 2013, more than half of surveyed facial plastic surgeons saw an increase in cosmetic surgery or injectables in those under age 30.

Now, we totally undertand the power of a bad picture. However, isn’t that why Instagram filters were created?