January is a lot of things: the first month of the year, the kickoff for the ever-busy awards season, and the time when many designers put the final touches on their fall collections. But here’s another lesser-known but even more important topic January serves as a reminder for: self-defense.

MORE: How to Deal With Anxiety

This month is National Personal Self-Defense Awareness Month, and it’s something extremely important to women especially: according to statistics gathered during the United Nations’ Commission on the Status of Women, a woman is battered every 15 seconds in the United States, usually by her intimate partner. And a startling one in five American women has been the victim of an attempted or completed rape in her lifetime.

MORE: 30 Quotes to Motivate and Inspire

While these stats can certainly be frightening, they can also be empowering, because there are avenues available via which we women can actively learn how to protect ourselves. Jarrett Arthur, a female instructor of Israeli martial art Krav Maga and all-around general badass, spilled to StyleCaster the number one thing every woman needs to successfully ward off oncoming attacks. Read on! 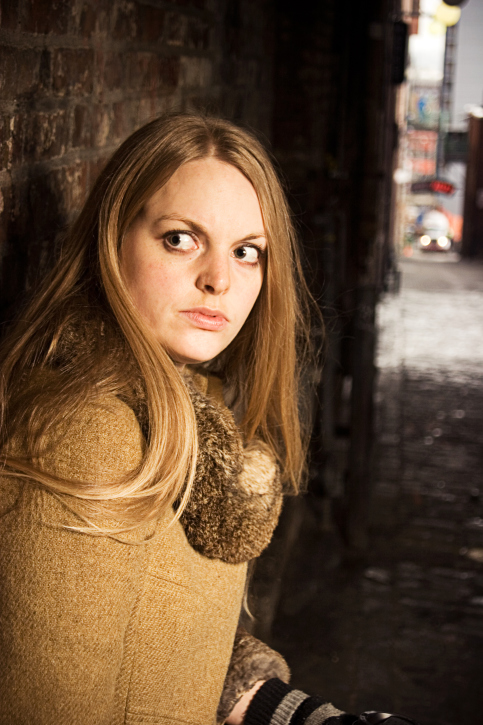 StyleCaster: If you had to name the number one thing women need to do to increase their ability to protect themselves, what would it be?
Jarrett Arthur: The absolute biggest thing—put your phone away. It really wasn’t this way a couple of years ago, but now everyone is so dependent upon their devices. Communication has to be immediate now: you have to respond to texts right away, according to some unspoken rule. So women are responding to e-mails on the way to the car, the house, the office. This is unbelievably dangerous: you’re cutting off your ability to seek, sense, and hear danger, and you’re also signaling to someone who is looking at you that you don’t know what’s going on—that they can sneak up on you and catch you by surprise.

SC: So it’s more about being aware of your surroundings.
JA: Yes, and it’s a matter of walking tall. How do you walk with confidence? Your eye level is up. But if you’re on your phone or texting, you’re looking down, your shoulders are probably more rounded. But you should have your shoulders back. Do not look like a good target. Even if you’re tiny, pay attention, walk with confidence, look around you. If there is somebody that is making me uncomfortable or intimidating me, I make eye contact with that person.

SC: So eye contact is the next step?
JA: Do not avoid eye contact. Make eye contact. This is different from staring; even if you do feel intimidated, you don’t want to give them that indication. Don’t avoid setting your boundaries. And trust your gut.

SC: Self-defense teachers always recommend listening to and trusting your gut. It seems like such a vague instruction—what does it mean exactly?
JA: People who have been victimized [almost always] say afterwards: something felt off, but they went ahead and did whatever it is they wanted to do anyway. They say, ‘This person was creepy, this person was sketchy.’ Notice the lack of descriptive adjectives: people often just say something felt off, something seemed weird—they don’t remember the weather or any other such details—and that is your gut instinct telling you something is [awry].

SC: And what’s the difference between a gut instinct and a certain level of paranoia?
JA: A gut feeling begins in different places, sometimes it travels, sometimes it feels differently; if you’re not really aware of it, it can be difficult for you to recognize it early on and be able to do something about it. I teach all of my students: instead of using the broad gut instinct descriptive words like sketchy, creepy, felt weird, felt off, something was up—to actually get really good at describing in detail exactly what that feeling is, where it is in your body, does it travel, is it warm, cold, hard, soft? It really lets women get in touch in a much deeper way with their gut so they can  [know what they’re feeling]. It’s moments we all have as women. Don’t gloss over it. Take a moment and actually assess what just happened, instead of just moving right past it. There’s a reason why you had that feeling.