Sarah Hyland stepped out of the salon yesterday with much lighter locks. Blonde is all the rage right now, and the formerly dark-tressed “Modern Family” actress is no exception to what is almost becoming a rule amongst starlets of all stripes. Nine Zero One co-owner Nikki Lee is working with Hyland “in stages” to get her hair back to a “bold blonde.” 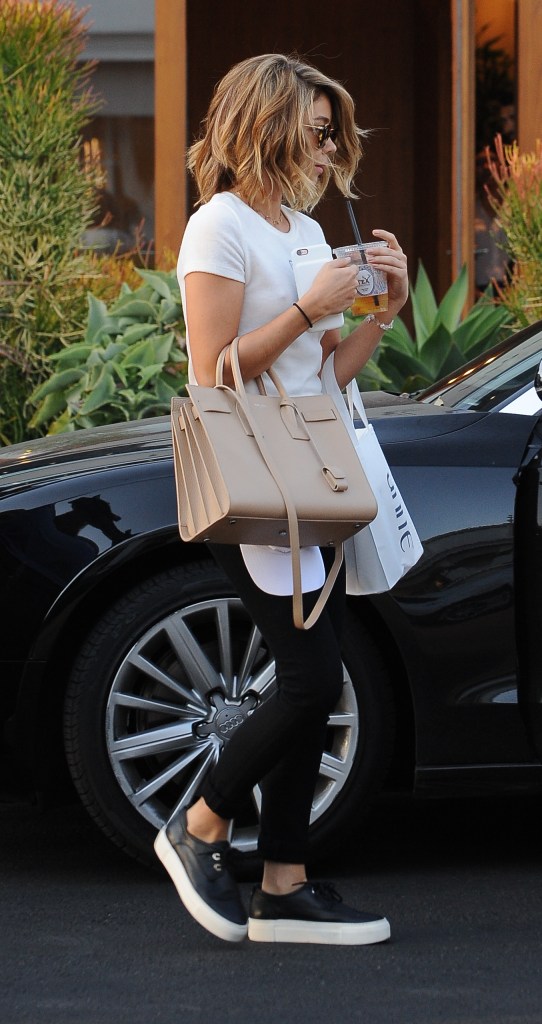 “This was stage two from taking her from almost black to blonde,” Lee told us. “It’s always best to do it in stages so the hair remains healthy.” Going from dark brown to platinum can be done, but it can also totally fry the hair. “I turned her into a golden goddess so she’s fresh and ready for the Emmys”, Lee continued. “I think it looks dreamy with her skin tone.” 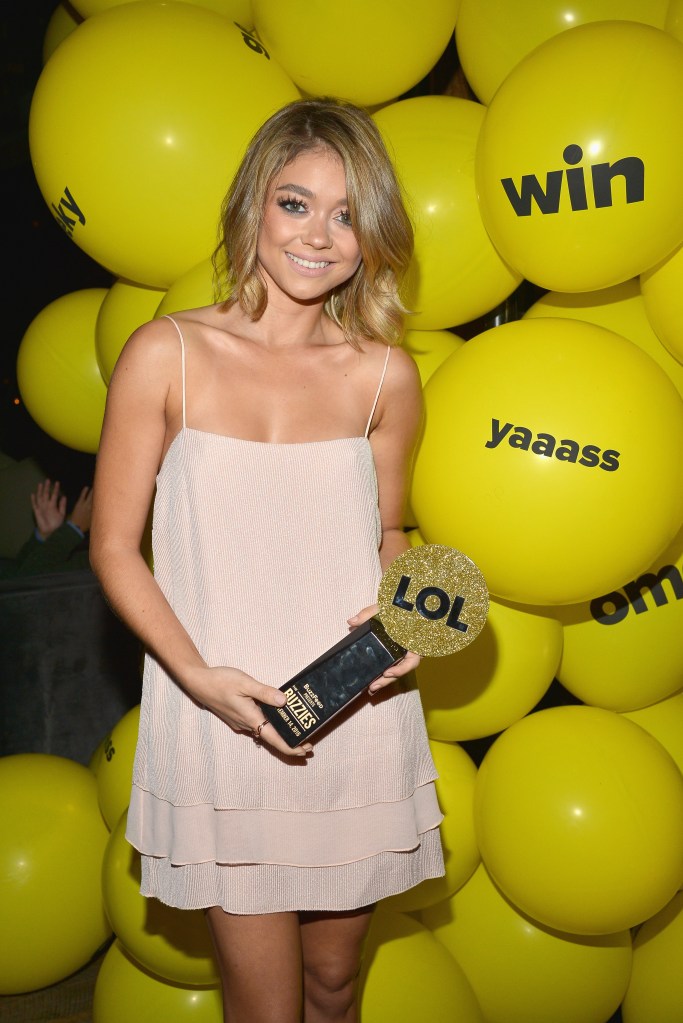 To celebrate, Hyland took herself and her new hair to BuzzFeed’s award show, a.k.a. the Buzzies, at Hyde Lounge in L.A. And she and her hair won the LOL Award, whatever that is. Congrats! On the award and the hair.