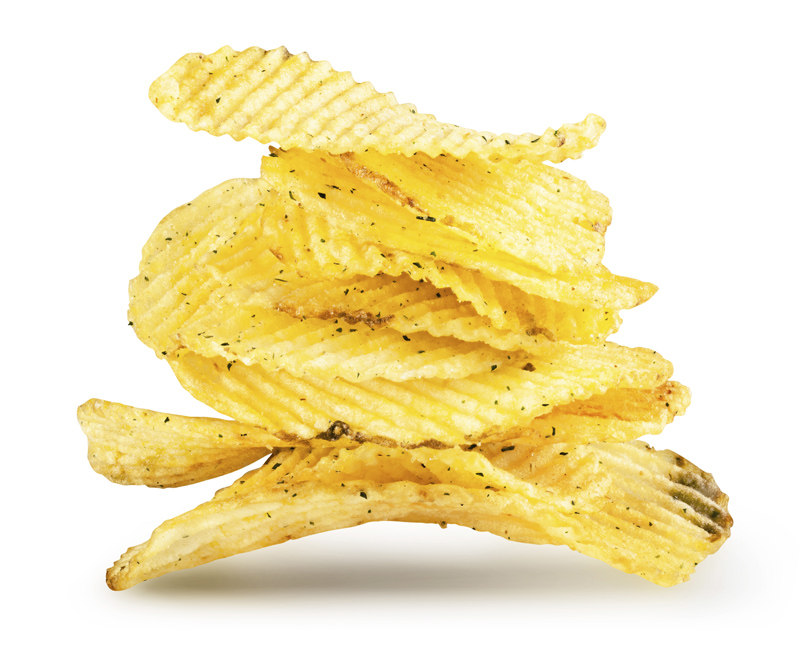 We’re in the middle of a global sodium crisis. A new study published in The New England Journal of Medicine found that there are an estimated 1.65 million deaths linked to high sodium consumption each year. In fact, in the U.S. alone, about 10 percent of all heart-related deaths are linked to too much sodium. But here’s the thing: Death is the extreme scenario. There are tons of other harmful things that too much salt does to your body along the way, too. Here, Cleveland-based dietician Kristin Kirkpatrick, M.S., R.D., lists the most common pitfalls, from day-to-day body annoyances to more serious health conditions. Read on to find out why cutting back on your salt intake is so, so crucial.

You Feel Bloated
When you take in too much sodium, your body starts to retain excess fluid. In turn, this excess fluid causes you to look and feel bloated since you have more liquid inside of you than usual, says Kirkpatrick.

Your Blood Pressure Spikes
“Excess fluid increases your blood pressure,” says Kirkpatrick. In fact, a 2011 study from the British Medical Journal reported that a wide variety of other studies show a “consistent direct relationship between salt intake and blood pressure.” The study authors said that a 4.6 gram reduction in daily dietary intake of salt (that’s equal to about 1,840 milligrams of sodium) decreased individuals’ blood pressure across the board. In other words, the more sodium you have, the higher your blood pressure will be.

You Start Craving Even More Salty Foods
Your tastebuds acclimate to saltiness over time—which means you can start jonesing for even more of it. “People can develop a preference for salt over time if they have a lot of it,” says Kirkpatrick. Try these healthy foods that satisfy salt cravings to get your fix without increasing your sodium intake.

Your Kidneys Struggle
Higher blood pressure can also lead to kidney failure since increased blood pressure puts an additional strain on the arteries leading to the kidney, says Kirkpatrick. Proof: A 2013 study in the Journal of the American Society of Nephrology found that individuals with chronic kidney disease saw improved kidney function with decreased salt intake—and that may be because increased salt intake is what led to their kidney problems in the first place.

Your Cognitive Abilities Take a Hit
When your blood pressure increases, it can also lead to brain troubles, says Kirkpatrick. A 2011 study published in the Neurobiology of Aging found that a high-salt diet and sedentary lifestyle were linked to more cognitive decline in old age.

Your Risk of Heart Disease Climbs
A 2009 multi-university study from the British Medical Journal found that high sodium intake is directly linked to cardiovascular disease. And another study, just published in July 2014 in the Journal of Clinical Endocrinology & Metabolism, found that having excess salt in your diet doubles the threat of cardiovascular disease for diabetics.

More from Women’s Health:
7 Meals That Slash Your Sodium Intake
5 Foods That Have More Sodium Than a Bag of Chips
7 Easy Ways to Cut Salt from Your Diet