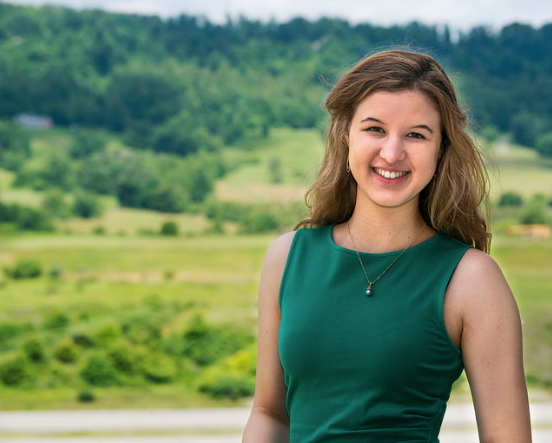 Think back to when you were an 18-year-old college freshman—your biggest concern was probably what you were going to wear to that next kegger, right? Not Saira Blair, a freshman at West Virgina University, who just became America’s youngest elected lawmaker as a delegate in the West Virginia House. Oh, and she won by a landslide, winning 63 percent of the vote.

Blair, a Republican and daughter of a state senator, said in speech to her supporters after her win last night: “History has been made tonight in West Virginia, and while I am proud of all that we have accomplished together, it is the future of this state that is now my singular focus.”

The young Republican has a decidedly conservative stance on several issues: She was endorsed by the NRA and opposes abortion rights and gay marriage. No matter where you stand on those issues, two parts of her platform—that she is pro-youth voters and pro-women in politics—are two things most of us can certainly get behind.

“The average age in Congress is 57, and the average age in the U.S. Senate is 62, but with all of that experience, we’ve only gotten more debt and less jobs,” she told Teen Vogue. “I don’t see how I could possibly hurt anything by being young and coming in with a fresh perspective. West Virginia’s population hasn’t grown since 1980, and if we continue to stay where we are, we’re not going to keep young people in the state.”