While going backstage at and keeping updated with Fashion Month, we noticed that for the fall 2014 season, there’s been a shift in makeup trends. For the past few seasons, designers put just about every spotlight on lips — with every kind of texture from glitter to matte — the upcoming trends are all about the eyes.

Makeup artists have been creating all kinds of new looks just south of the eyebrows, experimenting with color, shapes and textures. One more thing that happened to catch our eye, though, was the particular attention paid to the eyelashes. From piling on extensions to clumping lashes together, take a peek at the looks we’ve been spotting. 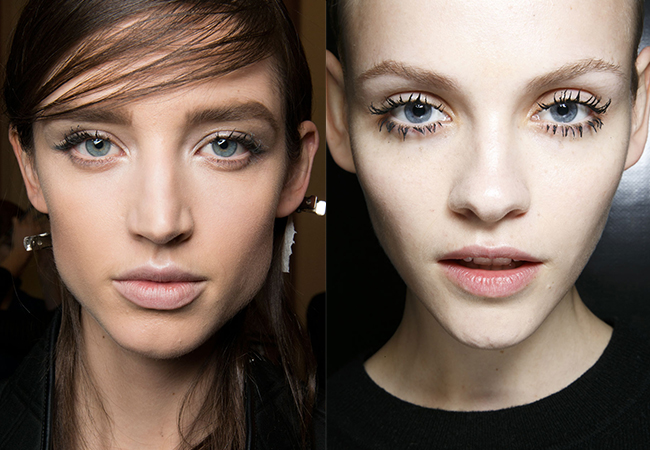 Clumps: This certainly isn’t the first time we’ve seen clumps on the runway. Legendary makeup artist Pat McGrath created clumpy lashes for Gucci in 2011 (pairing them with a bold burgundy lip), but now that we’re seeing them pop up again at the Aquilano Rimondi and Prada shows, we’re wondering if this is going to become a trend, at least in the fashion world if not encouraging real girls to wear their mascara this way. 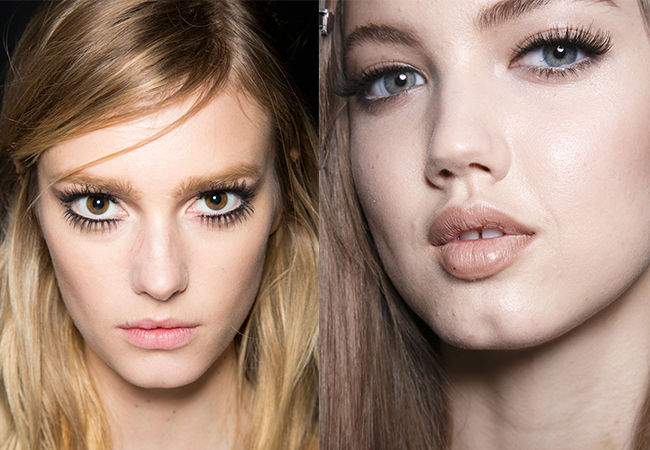 Piled On Falsies: Falsies may have been around forever, but makeup artists are coming up with new and interesting ways to use them. At Gucci, a row of false lashes was applied to both the upper and lower lash lines, making a very bold, ’60s-inspired look. At Versace, lashes were piled on to the top lash for a doe-eyed effect.

MORE: Fake Eyelashes 101: Everything You Need to Know About Falsies 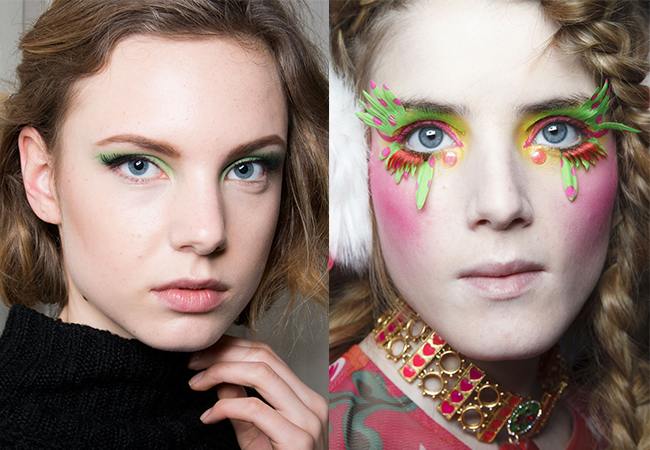 False Lashes Plus Color: Colored eye makeup was all over the runways at New York Fashion Week with designers like Altuzarra and Creatures of the Wind featuring bright eyes, and the trend followed suit during each other fashion week. At Andrea Incontri, false lashes topped off lime green eyeshadow, while at Manish Arora, the eyes got really crazy with colored feather lashes and 3D appliqués. This look may be over the top, but we’re hoping to see girls infuse a bit of color into their eyes, finishing the look with bold eyelashes.