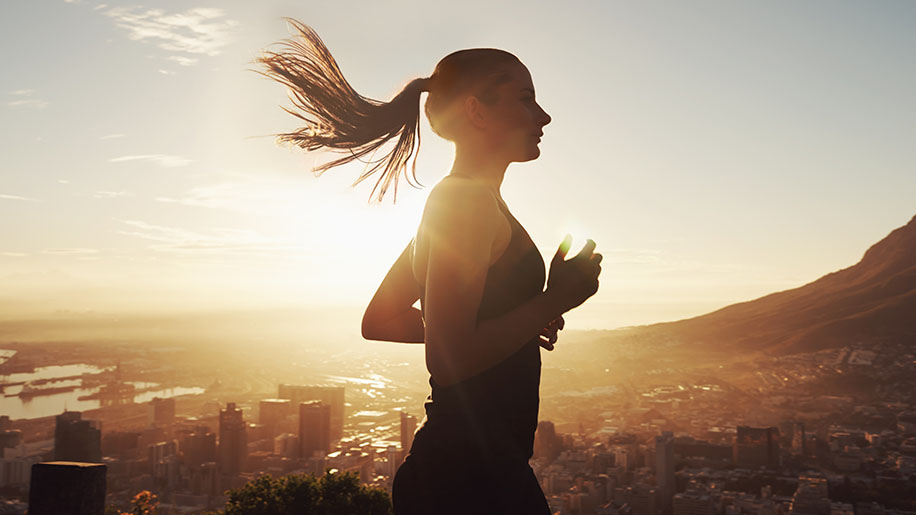 If you’re not into running—as in, you consider it torturous—it’s easy to be skeptical of the storied “runner’s high.” How could something that leaves you sore, panting, and drenched in sweat also make you feel like you’re on top of the world?

Still, avid runners swear by it—and a new study published in the Proceedings of the National Academy of Sciences has offered a little insight into the phenomenon. The findings indicate that it’s not the release of endorphins that results in the euphoria of a runner’s high but rather the body’s own endocannabinoids. Sound familiar? That’s because those chemicals are, essentially, marijuana that your body produces. Your brain is actually getting you high.

Researchers found that healthy lab mice showed higher levels of both endorphins and endocannabinoids in their bloodstreams after running, and they displayed more relaxed, tranquil behavior. The scientists then used drugs to block the animals’ endocannabinoid systems and found that they didn’t experience the same reduction in anxiety, whereas blocking the animals’ response to endorphins didn’t affect them, suggesting that the endocannabinoids alone are responsible for the runner’s high.

Whether you choose to acquire your chilled-out feeling via a long marathon or a quick toke is entirely up to you, but if you prefer the latter, don’t be so quick to roll your eyes next time you overhear someone bragging about their upcoming 5K.

MORE: How April 20 Became an Unofficial Holiday for Weed Lovers