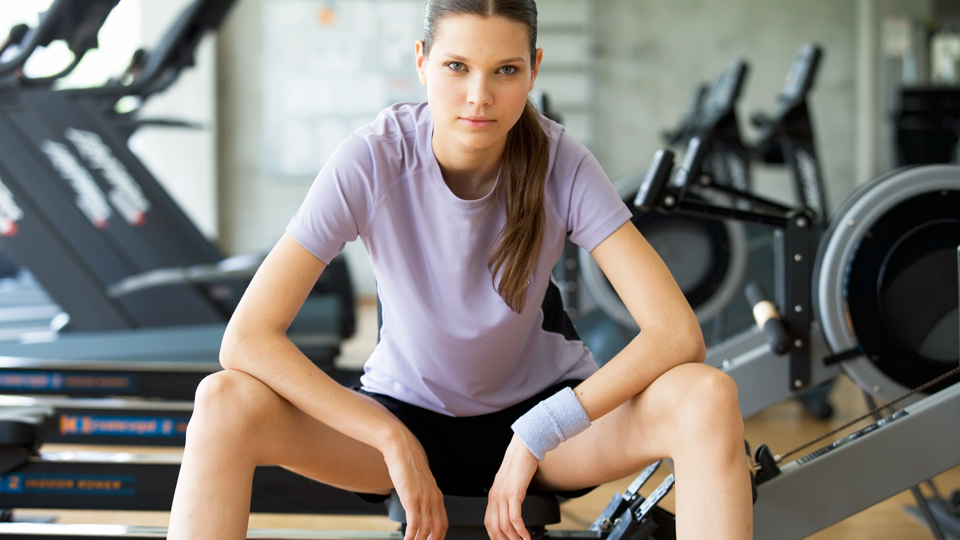 A couple of weeks ago, I found myself at a gym class interviewing Sports Illustrated model Nina Agdal. We were chatting about fitness, her activewear wardrobe, and her diet (lots of Fage Greek yogurt, FYI) when she started getting super worked up about rowing classes. “I really want to try one; I see everyone starting to do it,” she told me excitedly, adding that the celebrity and model crowds are “obsessed.”

A little bit of research revealed that Agdal is totally spot-on: Rowing studios are popping up all over New York right now (Row House! Throwback Fitness! CityRow!), a major sign that this trend is primed to take off across the country—plus, ClassPass predicted that rowing classes will be this year’s biggest fitness trend. Intrigued, I signed myself up for sessions at Row House and CityRow to see what all the buzz is about.

You should know that I rowed for a few years in high school, before it was trendy—and while I wasn’t particularly talented at it (15-year-old Jasmine fell out of the boat—often), I do remember being in the best shape of my life when we were competing. I also remember land training sessions on the rowing machines being among the most brutal workouts I’ve ever experience, slamming the muscles in my legs, arms, abs, and shoulders, while also rendering me completely breathless. So I knew a 45-minute rowing class wasn’t going to be easy, but at least it was on dry land.

Thankfully though, I discovered the 2016 version of rowing classes aren’t just going through predictable motions. Instead, I was guided through high-energy intervals between the machines and floor work that targeted my entire body in a way regular spin classes just don’t. The uninitiated might think rowing is an arm and shoulder workout, but it’s really a fat-burning exercise that works your entire body.

Within about 30 minutes, my legs turned to jelly, my arms were burning, my heart rate was through the roof, and I felt just about ready to quit, but the combination of loud, adrenaline-pumping music and a take-no-prisoners attitude from the trainers (and, to be honest, other class members) meant that just wasn’t an option. Amazingly, even my abs hurt, as it takes real effort to keep the right technique and avoid hunching over as you get tired (a major no-no, the instructor told me).

While I didn’t pick up on the cult vibe you feel when walking into a SoulCycle class, most of the other exercisers were obviously regulars, and these buzzy studios certainly have potential to overtake the Spin class craze. Personally, I think it’s easy to see why men and women keep coming back—the class was downright addictive, and I’m already booked in for my next session. 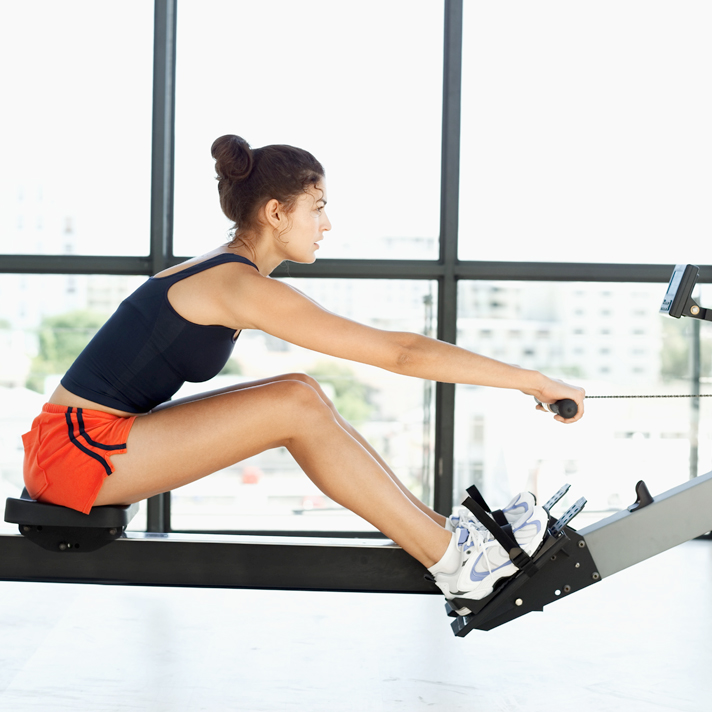 In addition to toning up your legs, arms, and abs, rowing is a seriously effective way to drop pounds, with research showing that a woman weighing about 125 pounds can burn well over 350 calories in just 30 minutes on a machine. CityRow’s lead instructor Jared Stein told me he’s even seen heart rate monitors and calories counters read “between 700 to 1200 calories, depending on the class and instructor.” To put that into perspective, the large serving of guacamole and chips (which is supposed to serve eight) at Chipotle is around 800 calories, or 100 calories per person.

It’s not just the potential for a fat-burning workout that drew me to visit a rowing studio and the real benefit of this fitness trend is that you can burn calories and work your entire body with a relatively low risk of injury. “Rowing is a very low impact exercise, meaning that your joints are not being forcefully impacted on a hard surface. This of course reduces the risk of injury and the wear and tear on your body, ” Stein explained, adding: “Importantly, rowing recruits about 80 percent of your musculature—you use your legs, core, and arms to activate your entire posterior chain. This provides a unique efficiency for those who are strapped for time.“

So next time you go to book yourself into a spin class, why not try something different—your arms, abs, and butt will thank you for it.