She might be a supermodel, but Rosie Huntington-Whiteley isn’t above a drugstore buy—nor is she above using a product for multiple purposes. In an interview with Entertainment Tonight, the 31-year-old revealed that she uses a drugstore cleanser both as a face wash and as a shaving cream.

The cleanser she’s speaking of? Well, it’s none other than Cetaphil’s Gentle Skin Cleanser, a celebrity-favorite drugstore product that’s also recommended by Victoria Beckham’s dermatologist. The cleanser, which can be found for under $10 at most drugstores, is known for its fragrance-free, non-irritable formula, which is likely why it’s a favorite of stars like Jasmine Tookes, Olivia Wilde, Charlize Theron—and now, Huntington-Whiteley.

But the model doesn’t only use the cleanser to wash her face. For her, it also doubles as a shaving cream. “So I use a few little drugstore finds since moving to America. Cetaphil—holy grail of all drugstore products! Also doubles up as a great shaving cream!” she said. “The milky cleanser—the one that pumps.” 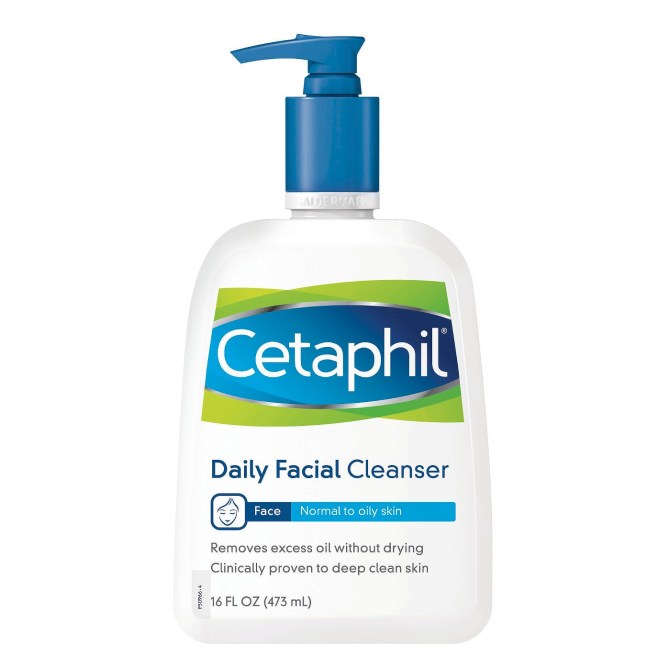 But Huntington-Whiteley’s drugstore love doesn’t end there. The model also loves Nivea’s Original Daily Moisture Lotion ($5), which she has touted in several interviews. “Nivea Body Moisturizer. I said this in an interview the other day and all the comments were like, ‘Well this is an Ad! This is an Ad!’ And it’s not! I really do!” Huntington-Whiteley said. “I have never spoken to anyone from Nivea, I’m not in business with them in any way! It’s just a really great product! The classic Nivea Body Lotion, it smells clean, it gives great sheen. That’s a great drugstore find.”

As for her final drugstore recommendation, Huntington-Whiteley also loves good-old coconut oil to remove her makeup. “Coconut oil as well, I think that’s a great one for removing your makeup,” she said. “Recently I had forgotten my makeup remover, my very expensive makeup remover, and I found a little sashay of coconut oil in my toiletry bag and I was like, well this will work! And it really removed the makeup so quickly so gently.”

Looks like achieving Huntington-Whiteley’s signature supermodel glow won’t cost you much at the drugstore.