When Rihanna talks, people listen. But in this case, it wasn’t the star herself. Instead, two of her trusted makeup artists, Priscilla Ono and Hector Espinal, recently shared the singer’s go-to makeup trick…and it’s good. It’s common knowledge that the singer’s makeup is always on point, but there’s something about her highlight, blush, and eyeshadow combo that constantly leaves us mesmerized.

Instead of applying blush to the apples of the cheeks, highlight on the cheekbone and eyeshadow on the eyelids, respectively, the MUAs revealed during a Los Angeles-set master class that their famous client prefers blending all three together. In fact, she’s the one who taught them the one-of-a-kind technique. 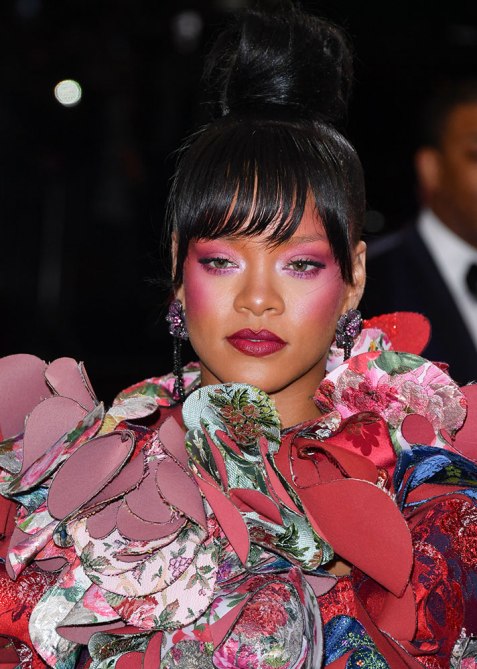 While recreating the star’s 2017 Met Gala look using the new Fenty Killawatt Foils, Ono said, “We’re going to apply Sangria Sunset right on the cheeks, take it up to the temples, take it over onto the eyes, back on the cheeks. [Rihanna] loves having it on the cheekbones and applying it on the temples. You really just blur the lines, so you really never know where your eye shadow ends or where your blush starts. It kind of almost gives it this really beautiful halo effect.”

It all lies in creating a blurred out “C” shape, where eyeshadow, blush, and highlight all run together. You don’t have to just use one color, either. If an all pink look is too daring, you can blend a subtle gold highlight into the whole combination to tone down the pigmentation.

At the end of the day, it’s about finding what works for you and your face. So, if you’re like Rihanna and don’t want to stick to the beauty rules, “reinvent,” as Ono and Espinal say.