It’s been less than a year since the high-profile launch of Rihanna’s Fenty Beauty, and although the entire collection has garnered its fair share of acclaim, a few choice products have stood above the rest. There’s the Killawatt Highlighter’s holographic pigment payoff, the Pro Filt’r Foundation’s epic 40-shade range, and the universally flattering Stunna Lip Paint.

However, it appears we’re not showing nearly enough love to one of the most underrated products in Rihanna’s repertoire: the Gloss Bomb. The universal lip luminizer is not only one of the cheapest ($18) Fenty Finds; its addictive vanilla scent and shiny coverage also make it one of those products that actually looks good on everyone. 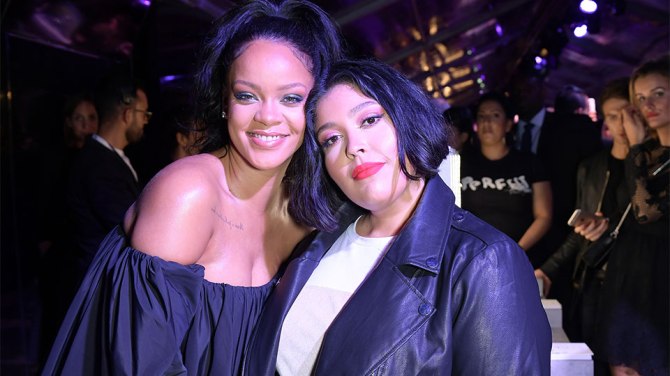 So much so, that Rihanna herself never leaves home without it. While speaking with PopSugar, her trusty makeup artist Priscilla Ono (pictured with RiRi above) revealed that it’s the one product she can’t get enough of.

“Gloss Bomb is always in [Rihanna’s] hand,” she said. “I’ll see paparazzi pictures of her, and Rihanna’s got her hand in a fist. At the end of the fist, there’s always a Gloss Bomb.” She also adds that the gloss’s shea butter formula makes it “really moisturizing” and “prepares her for any lipstick she may put on.” Fun fact: It’s also marked as “Rihanna’s fave” on the Fenty Beauty website, so you know it’s real.

We’re definitely throwing this lippie into our makeup rotation.