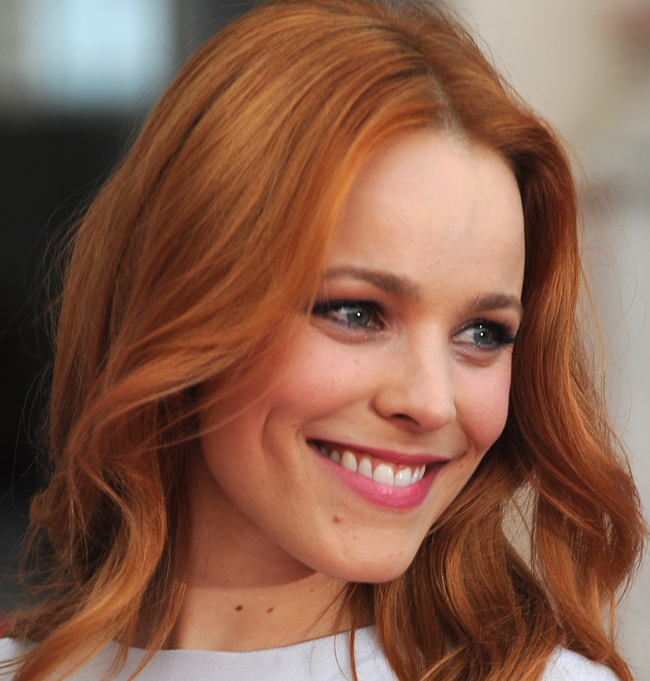 Rachel McAdams with her gorgeous copper hue at the “About Time” World Premiere.
Photo: Getty Images

Looking at Hollywood today, with celebs like Rachel McAdams, Dianna Agron, and Carly Rae Jepsen all going red, it’s not hard to see that redheads are having a moment. I even jumped on the bandwagon myself earlier this year, trading in my dark brown locks for a soft copper hue. And yet, with so many turning to the bold shade, there is still a “ginger” prejudice in the world today. So much so that British photographer Thomas Knight has a new exhibit titled “Red Hot” in London that celebrates the beauty of the red-haired male in light of the ridicule these guys often receive.

Knight’s exhibit brings up an interesting point by focusing on carrot-top men opposed to all redheads.

“As far as I can see, no one has focused (or noticed) the huge, polarized gap between the way our society perceives red headed women (often the ultimate woman — think Jessica Rabbit) and red headed males (often emasculated and de-sexulized in film and TV — no Hollywood heroes — no leading men),” Knight posted on his Facebook page.

While the occasional redheaded male celebrity is doted upon — such as Prince Harry (added points for being a prince) or Eddie Redmayne (he can sing and he’s British) — most, even in Hollywood, become the Ron Weasley of the story — socially awkward, a little slow on the upkeep and clumsy.

But are all redheaded women really seen as the Jessica Rabbit type? What about that word “ginger” we hear used to reference both redheaded men and women?

When I decided to go red back in January for a makeover story, I never once thought about whether I would be perceived differently. It’s just a hair color, right? That shouldn’t change the way someone sees you. Although every person I’ve met as a redhead has believed me to be a natural redhead, I’ve only gotten one ginger comment. But that comment has seemed to stick with me.

Back in July, I went for drinks at a local pub with a friend and we ended up chatting with some right-off-the-boat Irishmen. The discussion somehow turned to my red hair and after explaining that it was dyed, Seamus (*not his real name) replied with “Why would you want to be a ginger?” Taken aback by his question, I replied with a simple “why not?” A recent study found that 10 percent of the Irish population has red hair while in the U.S. it is only about 0.5 percent. And yet, with 1 out of 10 Irish sporting red locks, Seamus still had what I like to call “ginger prejudice.”

Personally, I love my (fake) red hair. It’s been almost a year and I can’t seem to go back to brunette. The color brightens my face, highlights my freckles and makes me stand out a bit in a social circle of brunettes and an occasional blonde. Call me a ginger if you’d like. I really couldn’t care less. Or better yet, join me in celebrating red hair. With less than one percent of our population born with the shade, we should be adoring its uniqueness, not discriminating because it’s different.

Read more: Can You Pull Off Red Hair?