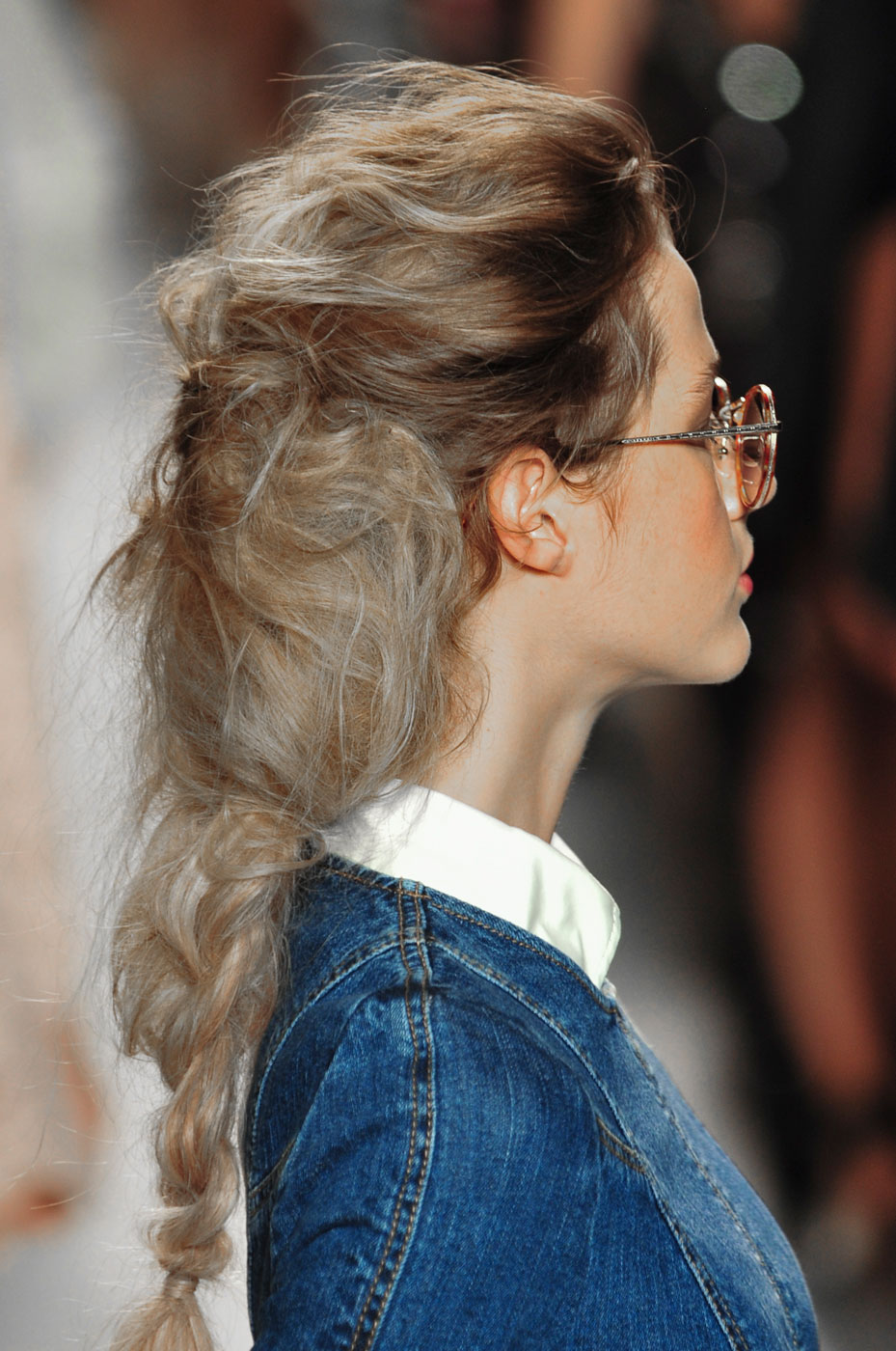 Rachel Zoe’s jet-setting girl went on a chic safari this season, and with that came a wild, untamed braid reminiscent of windswept days paired with a sun-kissed face.

Antonio Corral Calero for Morrocanoil crafted a spectacular deconstructed braid comprised of textured strands of hair that were then woven like macrame and then tucked into the back and inside of a low braid running down the models’ backs. Dry hair was prepped with Moroccanoil Treatment and then sprayed with Moroccanoil Root Boost.

The forthcoming Moroccanoil Molding Cream was warmed between the fingers and worked from roots to ends before hair was blown dry from underneath, and allowed hairstylists to blow dry freehand without using any styling tools. When the hair was almost dry, models flipped their hair forward and it was finger-massaged from the roots to add more rough texture and volume lift. 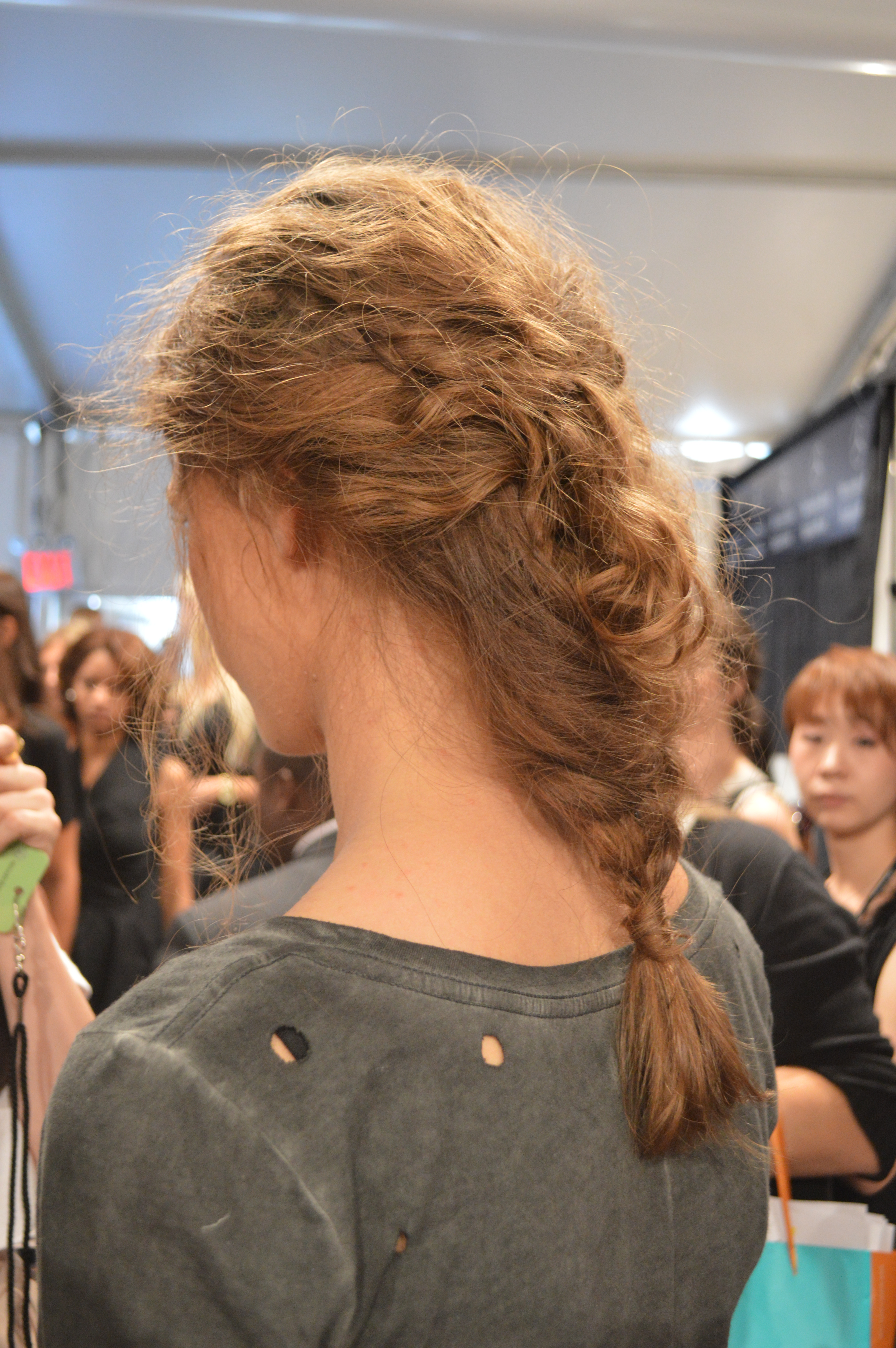 The top section of hair was sectioned from ear to ear and pinned up, while a braid was created with hair remaining at the nape of the neck. The top of the hair was then released and tucked into the braid like macrame, blending in for a loose, inverse pyramid shape that tapered off toward the bottom. Several little braids were placed randomly at the side, and soft strands were released around the front of the face for movement on the runway.