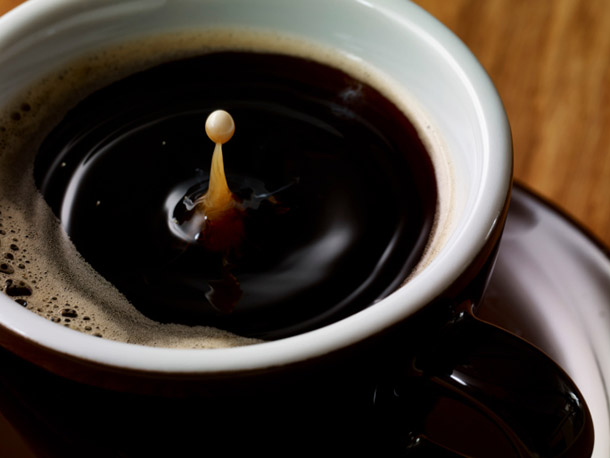 You don’t have to tell me: Coffee is the lifeblood. This realization hit me later than most, as I spent a significant portion of my adolescence believing that the jittery, manic symptoms I experienced post-Americano were just one bad Starbucks batch away from becoming a full blown panic attack. But adulthood means sacrifices—alongside other things, naturally, like bills, body aches, and a brand new existential crisis with each passing birthday—and once I folded and started drinking coffee out of sleep-deprived desperation (again, adulthood), I learned that the side effects I had previously acknowledged as unpleasant were actually the reason people drank coffee in the first place. Shaky hands, a palpitating heart, and laser-like but largely unproductive focus on the tasks at hand? Ideal. I was hooked.

It’s true that coffee is proven to have numerous health benefits, and it seems like new research pops up every day. It’s a mood booster; it’s packed with antioxidants; it’s good for your heart, your liver, your brain, and more. There’s science behind these things, and I’m not disputing that. (And even if I were disputing it, I would hope that you would choose to disregard me. I’m a beauty editor, not a scientist or health care professional.) But after years of moderate caffeine intake—two coffees before 11 AM, one or two in the mid-afternoon to get through the rest of the day—I started to feel pretty… bad. I was constantly tired, no matter how much sleep I had gotten the night before, and I found myself nodding off in very undesirable locations, like on the subway and at my desk, or on the office couch where I sit and wait for the slow elevators.

Of course, I couldn’t be so sure that coffee was the direct cause of this. Adrenal fatigue, Lyme disease, and diabetes are just a few of the health conditions I Googled extensively before I deigned to reevaluate my lifestyle choices rather than lay blame on a chronic undiagnosed illness. I can’t fully explain why coffee was the first variable to go, but I will admit that, though I was incredibly reticent to cut it out of my diet, I was recently finding it to be one of my main anxiety triggers, so much so that I was sending several text messages a day to close confidantes (who find me only mildly insufferable) that read along the lines of, “I’m having so much anxiety right now and I don’t know why!!!!!” Well, I did know why. I just didn’t want to accept it.

The day I decided to go cold turkey, I stood outside of my usual coffee shop, the one that’s right between my house and the subway, for a solid few minutes in the bitter cold, debating whether or not I would just give up and go inside for my usual large coffee with an extra shot, which the lovely girl behind the counter would begin preparing for me as soon as she saw me walk in. I didn’t do it. What I did do was make a sort of compromise—I decided then and there that I would switch to tea. Sure, it meant that I was kind of half-assing the whole no-caffeine thing, but this life is mine and mine alone.

I am historically prone to hyperbole, but I am not exaggerating when I say that I noticed a difference in the way I felt almost immediately. I had done nothing differently. I just… skipped the coffee. The very day I stopped drinking it, which was in fact the first and only day in several years that I hadn’t indulged in a morning coffee at minimum, I felt kind of great. I felt alert and alive, and not at all like my eyes and brain were coated in a thick smog by 3 PM. I even went to the gym, and I didn’t even have to forcibly drag myself there—I just had some energy after work, and I figured I may as well do some cardio about it instead of go home and waste away watching “Six Feet Under” in bed.

A few days later, I found myself feeling more positive overall, and though the ritual of drinking coffee had become a significant part of my daily life, the improvement was enough for me to keep at it. It’s been two weeks since I last had any coffee at all, and I feel pretty exhilarated by the positive changes. I don’t get as tired throughout the day, I don’t feel nearly as anxious, and I sleep better at night. It’s fair to say that I’m both extremely high-strung and plagued with an anxiety disorder, and I’m pretty sure that, as some studies indicate, the initial rush of energy (read: panic) coffee gave me was expending so much adrenaline that I ended up exhausted and totally drained in the long run. Coffee would wake me up, that was for sure, but I’d ricochet all over the spectrum from wired to completely beat in a matter of hours. It was making me both crazy and really, really tired. Not sure which is worse.

And as for the rumored beauty benefits of quitting caffeine? They exist! Though some hormonal breakouts are still getting the best of me, my pores seem significantly less clogged than they have in the past. My skin looks and feels more hydrated, which makes sense because coffee in and of itself is dehydrating, and because I’m sleeping better, I wake up looking refreshed rather than like I’ve just seen daylight for the first time. My eyes finally stopped looking like small snake-like slits in my face after 2 PM, which was a great relief indeed.

None of this is to say that you’ll have the exact same results if you drop coffee from your diet. For an anxiety sufferer like myself, I’m a prime candidate for going off it: Basically, it was stressing me out, and stress has countless physical and mental side effects. Because I have more energy, I’m going to the gym more, so I guess you could say that weight loss is a benefit, too (or at least, it would be if I stopped eating pizza and pounding red wine several times a week. I enjoy life!). I’ve really, really noticed a difference. And if someone like me, with limited self-control and a profound reluctance-cum-outright refusal to give up anything I enjoy, no matter how bad for me it is, can pull this off, then you most definitely can, too, if it interests you. I’m not going to tell you how to live your life.