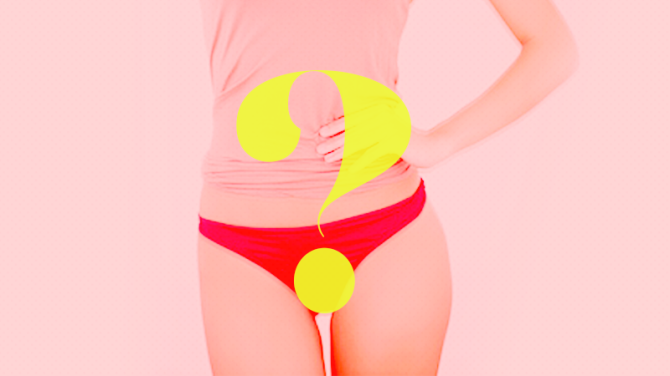 There are some questions we’ve all wanted to ask our gynecologist, but for whatever reason, haven’t. Perhaps you’re too embarrassed–or maybe you did ask, and your doctor just didn’t have the solution. Either way, it’s time to get some real answers.

We spoke with Dr. Lauren Streicher, a leading gynecologist, author, and media personality who regularly speaks about about women’s health on programs like the “Dr. Oz Show,” “The Today Show” and “Nightline.” Oh, and she’s an Associate Clinical Professor of Obstetrics and Gynecology at Northwestern University–so yeah, this doctor’s got all of your women’s health questions covered. Let’s do this.

How often should I really see my gynecologist?

“It’s a very good question, because the pap smear recommendations are very confusing and women need to understand that having a pap smear is not the same as going to a gynecologist. So you have an annual visit, whether you need a pap smear or not, and then of course if any problems develop in the interim you should go as well. But the annual visit is very important.”

Should I cancel my gyno appointment if I have my period?

“It depends on why you’re going. If someone says, ‘I’m going because I have an abnormal discharge,’ well, I can’t evaluate the discharge if she has her period. If she’s going because she’s having abnormal bleeding, she should go whether she has her period or not, because some people are bleeding for three months straight–so you don’t just keep canceling. If you’re just going for an annual visit, it really doesn’t matter, we can still do the pap smear and everything and it’s more about whether you feel comfortable, but you don’t have to cancel.”

I’m young, but my sex drive has disappeared. Why?

“Very often it might be a medication such as birth control pills or an antidepressant. See your doctor.”

Do I have to tell the gyno everything about my sexual history?

“I think a lot of times women think their doctor’s going to judge them. It’s very important for you to know that we’re not here to judge you, and we need to have information. Sometimes women may not tell me that they’ve had multiple sexual partners, an affair, sex without a condom, or maybe that they’re still smoking. There’s no limit to the information that women will very often keep from us that it’s not in their best interest to do so.

You can always ask for something not to be part of your record. For example, you could say, ‘I had an affair or I had several abortions, but I don’t want you to write it down,’ and I’ll let you know that’s fine, but I won’t remember it when I see you next year if I don’t write it down, but we can just have a discussion about it now.”

What questions should I be asking at my annual exam?

Also, often people think that just because something is common that it’s also normal. One example: About 30% of women, including young women, sometimes lose urine when they cough, laugh, or sneeze, and they think that just happens after you have a baby or as you get older, so they don’t bring it up. Well, there are things that can be done about it! So if a woman is having any issue at all that she’s concerned about, she should never hesitate to ask.”

My doctor doesn’t have a solution to my sexual health issue. Now what?

“We know that women will very often not bring up sexual issues, like painful intercourse, and then if they do get the guts to bring it up, their doctor very often doesn’t have an answer and they assume there is no answer. You should realize your doctor doesn’t have an answer because he or she isn’t an expert in sexual medicine. It’s very important for women to know if they are not getting a solution from their own doctor they need to get another opinion, and it’s not something they should just accept.”

I can’t orgasm. Is that normal?

“There’s two completely different categories of women who can’t have an orgasm. There is the woman who have never had an orgasm in their life versus women who used to have orgasms just fine, and then something has changed.

The woman who used to have an orgasm and no longer, sometimes she may have a medical condition that’s getting in the way. For example, diabetes of a neurological problem could be preventing them, or it might be a medication that the woman’s taking. It might also be blood flow that’s been compromised for some reason, or it might be a pelvic floor condition.

When you look at the woman who’s never had an orgasm, more often than not it’s because their expectation is that they’re going to have an orgasm through regular old intercourse, and they truly are not aware that there needs to be clitoral stimulation involved, and that only a small percentage of women are able to have an orgasm through intercourse. Sometimes it’s really just an anatomy lesson and some education as to how to make that happen. Because for guys of course it’s obvious, and for women it’s not so obvious.”

MORE: Listen Up, We’ve Got Some Expert Orgasm Advice

I don’t think the Pill is working for me, should I go off it?

“I do surveys on women using the Pill a lot and the most common reason women choose to go off is this misconception that the Pill is going to cause weight gain. A lot of women who are struggling with their weight think that it’s because they’re on the Pill, and they often go off–but that’s a myth. Women are not going to gain weight on the Pill.

Some women do go off the Pill because because they have a low libido, this can be a very valid reason, but sometimes is not.

The other thing that’s lesser known about the Pill, and women don’t go off because of this but they should, is some women actually have vaginal dryness or vaginal pain as a result of being on the Pill, but their doctors may not know if they don’t make that association. Of course, if you’re trying to get pregnant, you should also go off the Pill.

Other long-lasting, reversible contraceptions that are available include IUDs, Nexplanon, and could be a very good alternative.”

How will I know if I have an STD?

“The most common sign of an STD is no sign, and that is the number one thing to remember. If you have unprotected sex with a new partner you should come in for an STD screen, period, because the majority of STD screens have no symptoms. Having said that, if someone is having an unusual discharge—mucasy or bloody between periods—or they’re having lower abdominal pain, if there are sores or lesions on the outside of their vagina, the vulva, these things could be triggers.”