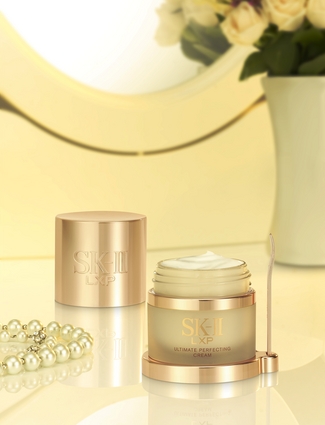 I always feel hesitant to talk about expensive products I enjoy, because I know there isn’t always room in people’s budgets for such decadent treatments. However, what kind of beauty editor would I be if I didn’t talk about the creams I use and love?

The Makeover Poll: Elle Fanning Is A Redhead?

When SK-II invited me to meet their brand ambassador, Cate Blanchett, and talk about the new LXP Ultimate Perfecting Cream ($350, Shop.sk-ii.com), I’ll admit I was more excited about the former. Cate is, afterall, one of my favorite actresses, and since she doesn’t cover the pages of every tabloid known to man (ahem, Lindsay Lohan), she remains a bit of a mystery. It was soon after our interview, though, that I knew I had to get my hands on the cream.

Cate’s skin has a natural glow to it, one that I was able to see up close at the event. She is poreless, and it is honestly hard to not just stare at her creamy complexion when near her. The actress credited SK-II with her amazing skin, which isn’t totally surprising since she is their ambassador. What was surprising was the fact that she was a dedicated fan of the brand well before her contract began. According to Blanchett, “After about a month (of using it), people started saying I was glowing, and I thought it was to do with the pregnancy, but then they kept saying it to me after the baby was born.” Like most new moms, Cate says she was incredibly sleep-deprived at the time, so she knew it was the product, which led her to further investigation of the line. Eventually, word got back to SK-II, and they knew they had to have her as the face of the brand.

I quickly took a jar of the LXP Ultimate Perfecting Cream home, as well as the LXP Ultimate Serum ($265, Shop.sk-ii.com), which can be layered under the cream. I am someone who loves a thick cream for my dry skin, so the LXP cream felt like absolute heaven. Every morning I happily applied both products to my clean face, and admired the healthy glow it gave me. By the way, I don’t use the word “glow” lightly. There was a serious youthful look to my skin. A month and a half later, I can even attest to the fact that the stubborn parenthesis wrinkles around my mouth have disappeared. 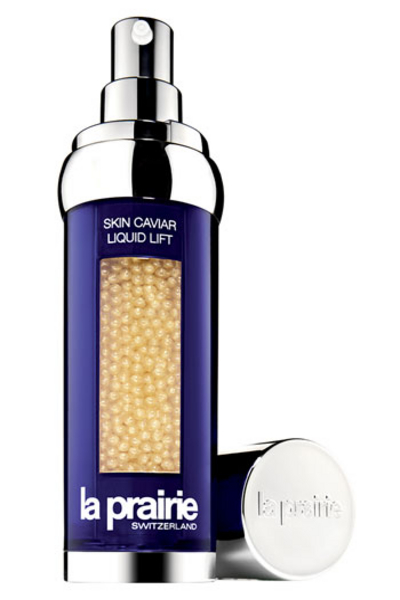 Another pricey product I recently encountered was La Prairie’s Skin Caviar Liquid Lift ($500, Shoplaprairie.com), which doesn’t officially come out until April. The serum was applied to my face during a recent facial, and I hated myself for loving it so much, because once I find something I like, I suddenly can’t live without it. It even smells expensive, which I love (maybe I was a member of royalty in a former life…). 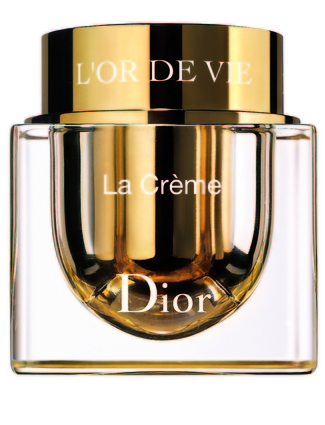 Even my boss Rachel can’t help but love the more decadent creams, like Dior L’Or de Vie La Crème Riche ($350, saks.com). For her, it’s definitely a big skincare splurge that’s worth it. “As I get older, I need thicker, heavier cream,” Rachel noted, “And the ones that are always thick, but not sticky, to me, seem to be the most expensive ones.”

The Dior L’Or De Vie skincare line contains a special type of polyphenol, Miyabenol, that is unique to the grapevines of the very prestigious Château D’Yquem. (Note, a bottle of wine from this chateau can cost between $1,000 to $6,000.) Research found that Miyabenol targets the skin’s DNA to reverse aging, and Rachel is a testament to it. After the first night of using La Crème Riche, the newest, most moisturizing product in the line, Rachel said her skin felt amazingly soft, looked radiant, and made her fine lines fade.

The high price points don’t go unnoticed. Trust me when I tell you I have become a master of using as little of an expensive product as possible to make it last a long time. That’s not to say I won’t be heading to high-priced beauty counters when the containers empty, because I’m not sure you can go back to the drugstore brands after experiencing true skin care luxury.