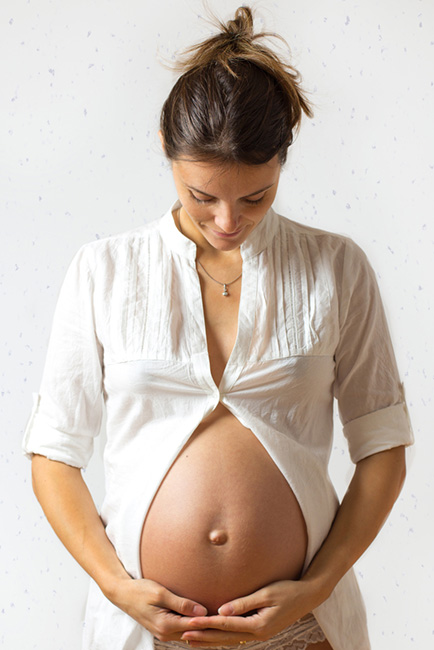 Any mother will tell you that having a baby is an exhilarating, life-altering event, and you’re probably already aware that it can take time to get your pre-baby body back. However, there are some weird things no one talks about that happen to your body after your baby vacates the premises—some are temporary; others are definitely here to stay.

We got real moms to confess all the unusual, interesting, and just plain freaky things that happened to their bodies after having a baby. Whether you’re planning to have a kid someday or are just curious, you’ll definitely want to read this.

“My hips got wider during my pregnancy and stayed that way! I’m still not used to it. Now, I have to sleep with a pillow between my legs to stay comfortable.” — Amy

“I’ve always been a runner, but after having my adorable baby, running is certainly not the same. At first, I thought I may just dribble since my bladder control isn’t the same anymore, but now I have to wear a full on maxi-pad and even make sure I always run wearing dark-colored shorts! It’s okay, though—maxis are super absorbent these days!” — Meg

“I suddenly have a weird hair growing from my chin after giving birth. It’s super embarrassing and I never notice it until I’m driving in the car and I see it in the mirror.” — Samantha

“My feet got larger and continue to get bigger. I now wear a size and a half larger than I did when I had my first child!” — Jan

“Right after giving birth was the worst. My labia were so swollen, they practically touched my knees from all the pushing. When the epidural wore off and I got into the shower, I felt something between my legs. I thought the midwife put some kind of dressing down there after she sewed me up but forgot to tell me about it, so I reached down to remove it. And nope, there was no dressing—just really stretched out labia.” — Lindsay

“After I had my baby, I noticed that my leg hair started growing at a much faster rate than before. I now have to shave every morning and I’ll sometimes have stubble at the end of the day!” — Ginney

“I was excited to have big boobs during pregnancy, but I knew they wouldn’t last. I didn’t realize my nipples would deflate after pregnancy and nursing as well. They literally droop on top of my now-AA cup breasts. Plus, they no longer get stimulated like they once did.” — Kate

“Despite all the exercise in the world, the extra fat around my stomach area won’t go away. Neither will the slightly distended belly below the fat. It’s a true mom pouch.” — Laura

“A thick head of hair was a pregnancy perk for me, but about five months after having my daughter I noticed that it was coming out in clumps in the shower, sometimes a whole fistful. She’s now seven months old and it still happens.” — Mandy