We’ve all heard the phrase “Think positive,” or some version of it. Not only are we told that it’ll simply make us feel better and have a better outlook on life but, in some cases, we’re told that if we think in positive ways, we can actually bring about positive changes in our lives.

MORE: How To Be Happy With Yourself

When it comes to personal and professional success, the positive thinking approach has reached a fever pitch over the past decade or so, especially in the self-help industry, as books like 2006’s “The Secret ” and “The Law of Attraction” have sold millions of copies. The teachings that lie within these books can be summed up pretty briefly: If you think positively and focus your  energy on what you want to happen in your life, you’ll get it.

All this is well and good, except that there’s quite a bit of recent research that suggests the opposite might be true. In 2002, two German social psychologists asked a group of 83 recent college graduates whether or not they had “positive thoughts, images, or fantasies on the subject of transition into work life, graduating from university, looking for and finding a job.” Then two years later, they followed up with the group to find out what levels of success they had in the real world.

Turns out, the folks who had more positive fantasies applied to fewer jobs, received fewer offers, and earned lower salaries. 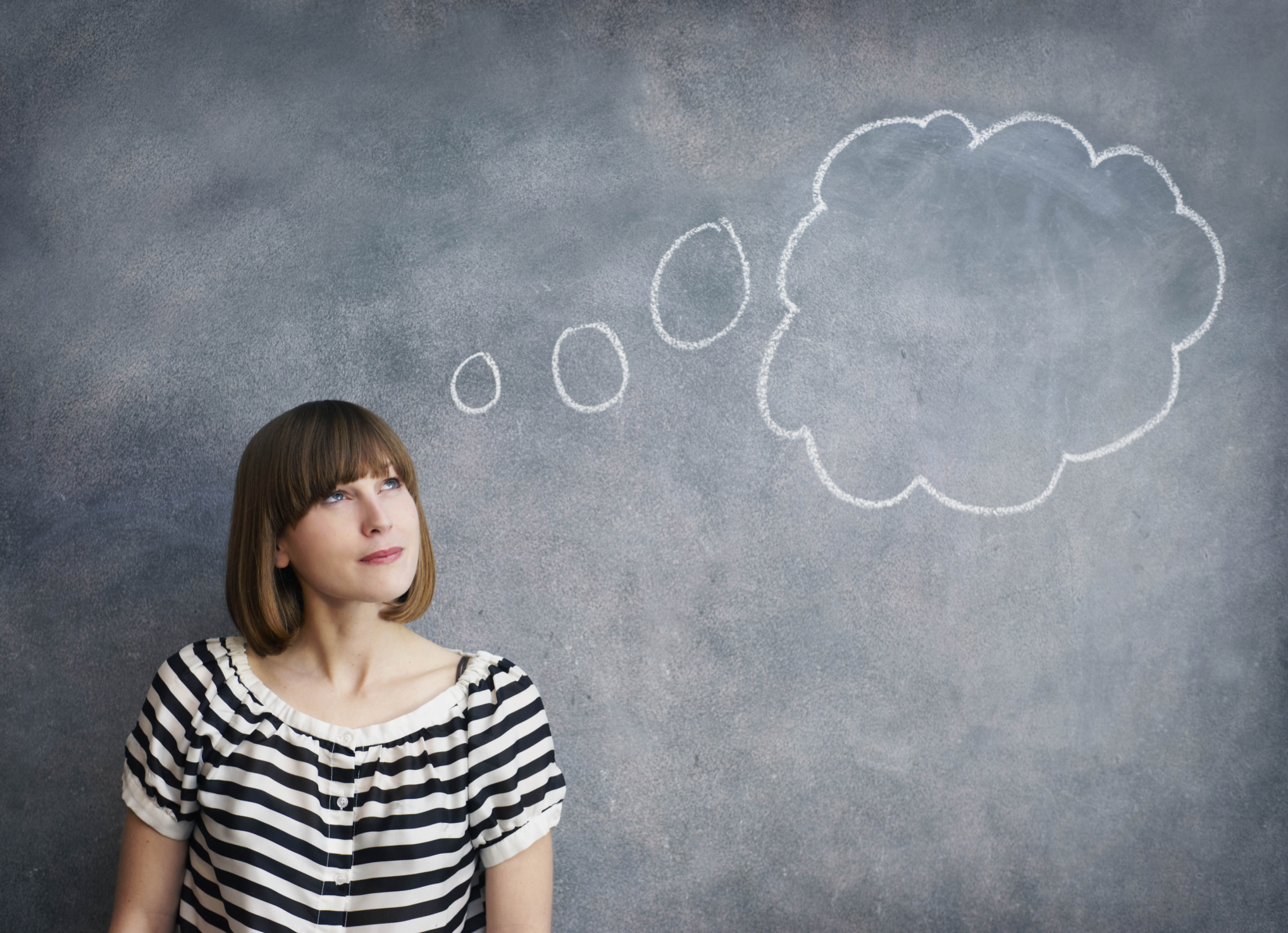 The reason positive thinking can be more of a hindrance than a help  is actually relatively simple: It hampers old-fashioned, real-world action.

“‘The Law of Attraction’ is the best-selling goal-setting book because it makes people feel like success and well-being is just a step away,” positive psychologist and author Caroline Adams Miller tells StyleCaster. “With affirmations, if you tell yourself, ‘I’m a winner, I’m the best, I did a great job,’ but you have a fundamental disbelief in that statement, you can actually do more harm than good. You will only fuel a negative belief in yourself, because inevitably you’re probably not going to come up with the success you want.”

In fact (and somewhat ironically), you may have to experience some negative thinking in order to bring about the results you desire. “If you want to be happier and more positive, it’s going to involve saying ‘no’ to yourself on a fairly regular basis,” Miller said.

The Struggle of Breaking Through Barriers

“At the end of every day, we scan our days for things we’re proud of, whether or not we even know it,” Miller said. “We basically take inventory. And what’s been found is that the things that give you the highest authentic self-esteem are the things you did outside of your comfort zone and the things you did trying to master something, like a new skill. The research shows that this kind of success and well-being actually comes form hardship.”

Translation: there’s likely to be a certain feeling of unease and discomfort with doing the things that will ultimately bring you happiness, success, and feelings of pride about your life and actions. Why? Because in order to really achieve something positive, Miller says, you have to break through those barriers that define your comfort zone, and that can be quite a negative experience.

The Law of Attraction vs. Actual Hard Work

“The Law of Attraction takes out the idea of hard work, and it makes people feel entitled,” Miller points out. She goes on to explain the concept of grit, a commonly used term in positive psychology.

“Grit is the ability to get up over and over, or persistence in terms of a long-term goal,” Miller says. “If you don’t grow up with that particular work ethic, you end up not being able to accomplish a lot of the hard things out there. Flourishing people develop this ethic that they’re going to do something effortful to make something happen. The Law of Attraction strips out that grit piece. It suggests that if you simply want it badly enough, you can have it.”

How to Truly Get Results

This might sound just like some of the attraction-based self-help mantras out there that Miller takes issue with, but there’s research to back it up. A 2005 study by a group of American psychological researchers confirms that people who are happy and have high senses of well-being are far more likely to experience success and positive outcomes in their lives.

“Are happy people better off? Although the research in some areas is limited, our examination of the literature thus far suggests that high subjective well-being is related to positive outcomes in many areas of life,” the study concludes.

Translation: people who figure out what brings them happiness are more likely to succeed. So answering the ongoing question that everyone faces—How do I make myself happy?—seems to be the real key to success.

Final Word: Happiness Is Not About Material Success

One thing that seems to be universally regarded as false is another aspect of the positive thinking movement that’s often glossed over: the success that results from attraction-based thinking will not just be internal, but also material. In other words, wealth can be directly created by your mental states alone.

“The research is very conclusive that money and possessions do not bring happiness,” she said. “The happiest people are grateful, altruistic, and connected to other people—those are all things money doesn’t buy. If you set out to do things like be more altruistic and have better relationships, happiness will become a byproduct of those actions.”