If there’s one thing this past awards show season gave us—other than a dozen hours of debating worst-dressed celebs with our friends while shoveling Thai food down our throats—is a pretty excellent idea of the new hair and makeup trends that will carry us into the new year. And if you kept up with the 2017 awards show season even slightly, then you definitely noticed that the biggest makeup trend (like, big as in even  Lily Collins, Naomie Harris, and Emma stone were wearing it) was, by far, strawberry-pink eyeshadow.

OK, yes, after the burgundy and red eyeshadow trends of 2015 and 2016, respectively, the idea of wearing pink on your lids doesn’t exactly scream “groundbreaking,” but in a world where celebrities rarely take risks in an effort to stay off of worst-dressed lists, a bright-pink smokey eye makes feels incredibly inspirational. And unlike most red-carpet trends that are fully unattainable for mere mortals, every pink smokey eye we saw during awards season was surprisingly easy to wear. No, really. 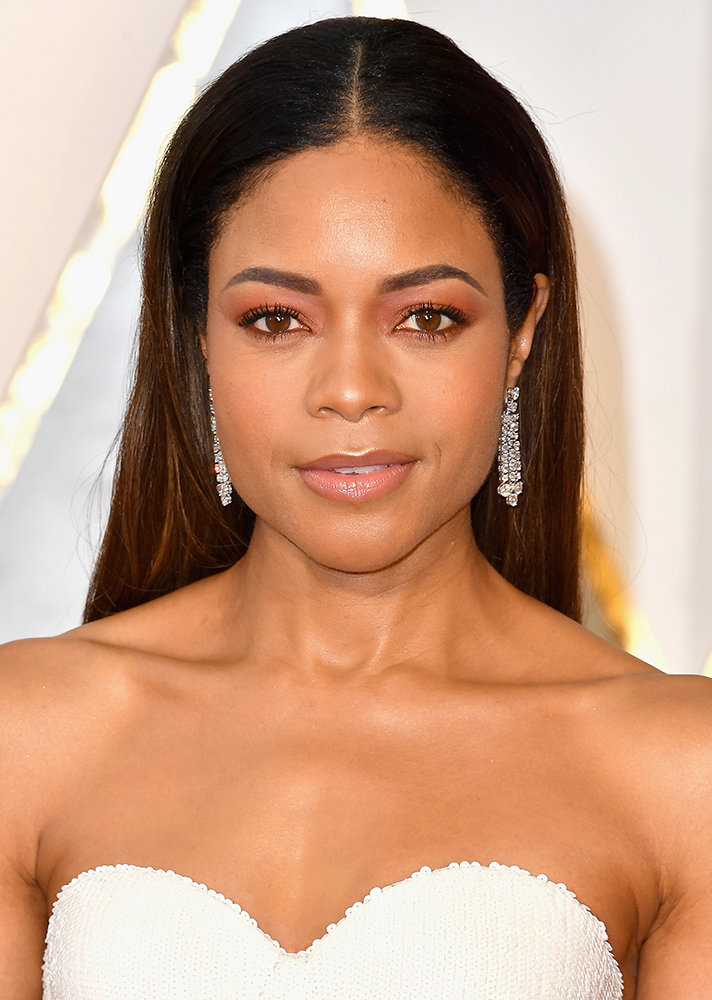 The key to pulling of pink eyeshadow without looking like you’ve been hit with an allergy attack and a dose of pink eye is to tone down any redness on your skin with a creamy concealer and foundation—the pink on your eyes should be the only pink on your face—then layer on warm- and cool-toned eyeshadows for hazy depth. First, swipe a copper-y bronze eyeshadow across the lid, like Kat Von D’s Metal Crush Eyeshadow in Synergy, to create a warm base, then blend two shades of red-pink eyeshadow over the eyelid and through the crease, like NYX Cosmetics’ Hot Singles Eyeshadow in Heat and Urban Decay Eyeshadow in Midnight Cowboy. Easy, right?

MORE: Finally—Here is The BEST Foundation for Your Skin Tone

Stila Eye Shadow Pan in Compact in Shell, $18; at Stila

Makeup For Ever Artist Shadow Eyeshadow and Powder Blush in Dark Purple Pink, $21; at Sephora

Photo: Makeup For Ever

At the 59th Annual Grammy Awards

At the 59th Annual Grammy Awards

The Street-Style Guide to Spring Sandals