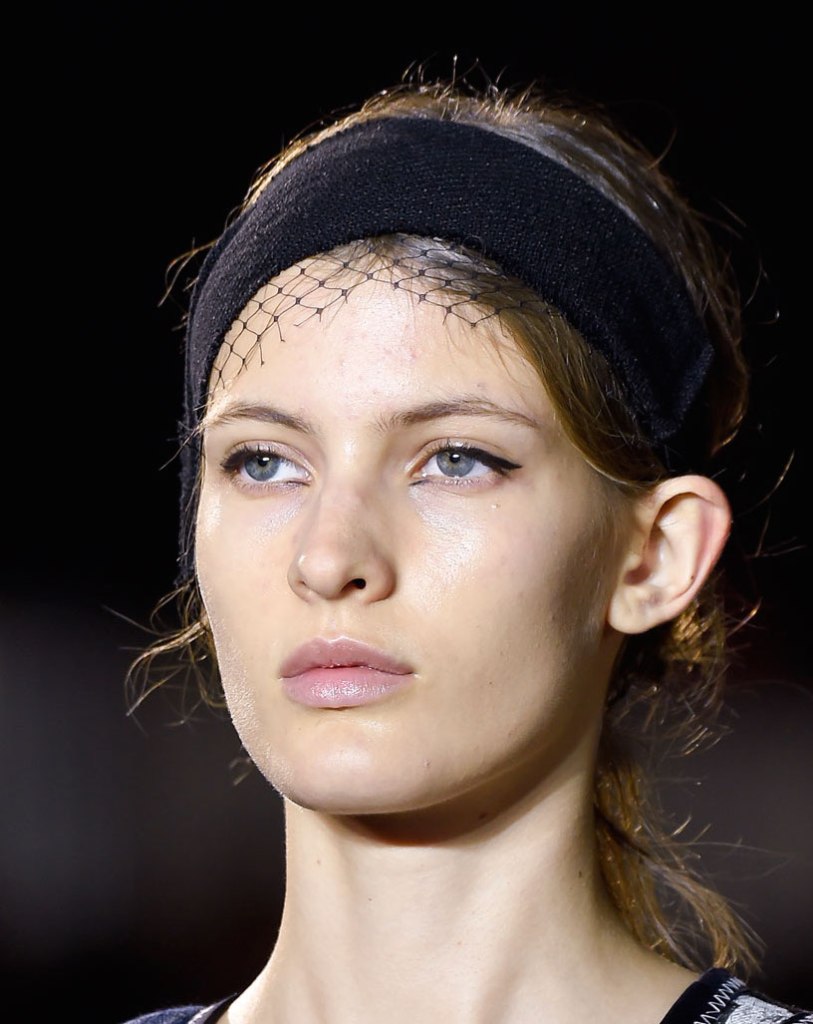 We’re all about finding new ways to wear eyeliner that are a little more inventive than, say, your standard cat eye, so we’re super into the new liner trends that are being shown on the runway at New York Fashion Week for Spring/Summer 2016. Joining under-eye liner as “things we can’t wait to put on our eyelids” is the disjointed effect makeup artist Francelle Daly for NARS created on models at 3.1 Phillip Lim.

Daly paid homage to iconic influencers such as Boy George and Steve Strange to formulate a look inspired by the ’80s club kid and New Wave, which she calls “new romanticism.” Using a NARS Cosmetics #46 Push Eyeliner Brush ($28), she pressed color—alternating between blue or black—right into the lash line of the upper lid beginning at the middle of the eye, then a shorter line at the inner corner of the lower lid.

Because it’s meant err on the side of imperfect, this technique makes it easy to get the modern segmented liner look—plus, you can tweak it to make it more flattering for any eye shape. Daly individualized each eye to complement the natural curve of models’ eyes and lash lines rather than sticking to a one-size-fits-all approach. It’s the coolest new way to wear eyeliner, especially because it’s simple to find a way of doing it that makes the liner work for you.

The effect, Daly said, draws on the negative space offered by the “empty eyelid,” which refers to the lack of shadow or mascara. “I didn’t want color or shape to overwhelm the eye,” she added—the effect is more about “shading and accentuating.” After she finished each eye, Daly would smudge the lines with her finger to blend and blur any sharp edges.

MORE: Playing Up Your Bottom Lash Line Is the Move of the Moment