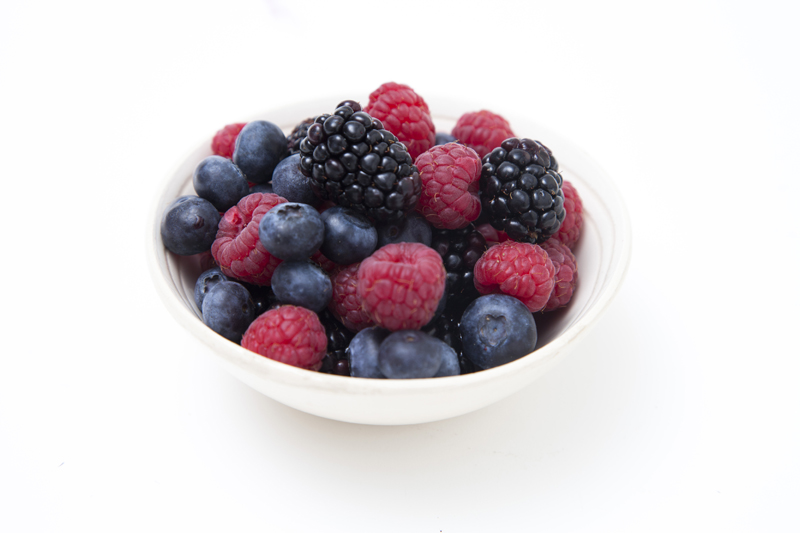 I decided to see a Kerry Bajaj, a certified Be Well Health Coach at Eleven Eleven Wellness Center, after a few failed attempts to lose five pounds (brought on by too much New York cheesecake.) In part, I thought something was legitimately wrong with me. I had always been skinny growing up and couldn’t understand why I was suddenly putting on weight and unable to take it off. I was also just plain curious.

A health coach is one part nutritionist and two parts life coach for food. While I wasn’t necessarily convinced a health coach would be able to help me, I had completely changed my tune by the end of our four sessions together. Here’s why I now believe everyone (yes, everyone) could benefit from a health coach.

1. They set guidelines.
In this case, they were almost suggestions, instead of restrictions. Kerry has seen a lot of patients, so she knows the common foods that can cause issues for people. She thought I should cut down on dairy, limit sweets (my weakness!), and give up gluten. While this may sound like a lot, I had already made many of these cuts myself (part of my personal quest to lose the weight).

2. They keep you accountable.
One of the first things Kerry asked was that I keep a food journal so she could see exactly what I was eating. When I started keeping a detailed account of everything I ate and drank, it made me conscious throughout the day of what I was eating. I knew if I had a cookie, I would have to write it down later and that Kerry would see (and possibly judge). Kerry also stressed that I write down how I felt after every meal. Most of the time I wrote down “fine” or “full,” but occasionally I’d mark down “awful” or “got a headache.” Guess what: Those bad feelings were always associated with bad foods, like waffle fries or cookie cake (there are a lot of birthdays in our office). Seeing this pattern made me more aware of why I should think twice before reaching for the bad stuff.

Most of my sessions with Kerry were over the phone. She would ask how my week went or how I was feeling. During one of our first calls I told her how frustrated I was that the weight still wasn’t coming off, even though I was being so good. “Well what do you think is keeping you from losing weight?” It was a rhetorical question. She knew the reason. “Well I guess it could have been those three slices of pizza I had yesterday.” “Yeah, I think so, too,” she said. Kerry didn’t scream, she didn’t nag, and she didn’t belittle. She gently nudged, so I could realize that the only person I was fooling was myself. I’m guessing it’s a common problem for those who aren’t losing weight.

3. They can spot your bad habits from a mile away.
Even though I thought my overall diet was good when I met Kerry, she quickly pointed out areas I needed improvement. Specifically, Kerry told me to throw out my Coffee Mate coffee creamer. It’s been a staple in my refrigerator for my entire adult life, but Kerry thought it needed to go. Her reasoning? The ingredient list on the back of the bottle is a mile long, which means there are a lot of chemicals in there that are better left un-ingested.

What I appreciated most about Kerry is that she didn’t just take foods away. She replaced them with healthier versions. For a coffee creamer-replacement, she suggested I make Bulletproof Coffee. You blend one cup of coffee with 1 tbsp grass-fed butter, 1 tbsp coconut oil and a tiny amount of Stevia for sweetness. It may sound weird, but the butter gives the coffee the creamy texture I had gotten used to, and it was actually delicious. I will happily never go back. She also noticed that I usually caved for sweets around 3 pm. She suggested I start a new afternoon habit that involved a yogurt or a green juice.

4. They look at the big picture.
For me, it was about weight loss, but for Kerry, it was making sure  I was healthy. A big concern for her was ensuring I was digesting foods properly, since that can be a huge factor when it comes to someone being able to lose weight. She put me on a few supplements, including a probiotic and magnesium to make sure I was at my best.

During our few weeks together I didn’t become an angel overnight. I tried to eat mostly clean foods, but I still gave in to the occasional sweet. During that time, though, I was able to make huge strides toward being a more conscious eater, which has helped me in my everyday life without Kerry. I feel a lot better about myself, and I’m not feeling the same food-related anxieties I was three weeks ago. Oh, and I lost three pounds.

Read more: We Tried it: A Completely Sugar-Free Diet