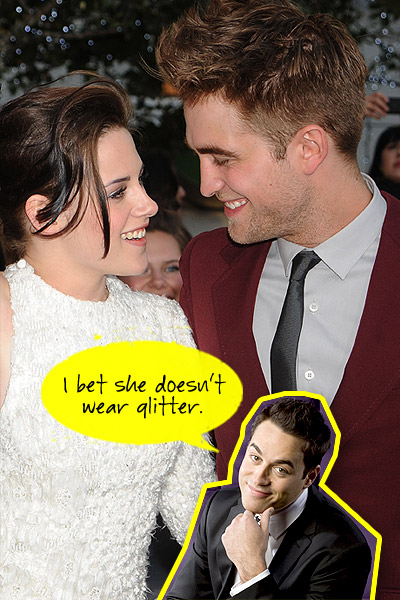 We know looking your hottest is a must if you’re playing the dating game, but we were really surprised to learn that, according to a recent Pantene study, 74% of guys actually make their first impression of you based on your hairstyle. To add to that, 70% of the guys said that a date’s bad hair can actually distract them in a bad way.

Bottom line: The beauty choices you make are the very first thing a dude uses to evaluate you on a date, long before you even get the chance to say hello.

Which Hairstyle Attracts Men Most?

“Ninety-three percent of all inter-personal communication is non-verbal,” says Steve Ward, host of VH1’s Tough Love and CEO of Master Matchmakers. “When a man is sitting in front of a woman, he can be completely oblivious to what she’s saying because he’s thinking about what she looks like.”

With that in mind, we asked Steve to share some of the beauty and fashion moves women do in an effort to look hot, but in reality, guys can’t stand them.

Read on, his answers may surprise you!

Gunked-Up Hair
This is the biggie: In the Pantene survey, an overwhelming 80% of men said that they considered unhealthy, over-styled hair a turn-off. “Hair is such an enormous part of your appearance; it says more about you than you could in a thousand words,” says Ward. “And when you get more intimate with a guy, he wants to feel hair that’s soft and smooth–not chunky, glue-y or knotty.”

Overwhelming Perfume
“When it comes to fragrance, less is always more,” says Ward. Men want to get a hint of scent from you, not be slapped in the face by it. So keep it to one spritz of perfume girls, not 10.

Really High Heels
While high heels can be sexy, super-high, platform stilettos can come across a bit trashy. “Why do girls feel the need to be six inches taller than they actually are? You look like you are walking around on stilts,” says Ward.

Glitter
A bit of shimmer in your shadow is ok, but Ward says you should steer clear of chunky glitter, be it in your makeup, lotion or your clothes. “Body glitter is a huge turn-off; it gets everywhere. It flakes off and then I find it all over my car and my jacket. Not attractive,” he says.

Public Primping
Guys really can’t stand it when girls engage in mid-date grooming. “When you are with a guy, he wants to be your main focus,” says Ward. “There is nothing more obnoxious than constantly reapplying your lip gloss. That tells a guy that you’re self-absorbed and that he’s not going to be able to kiss you because you won’t want to smear your lip gloss.”

Over-Accessorizing
Again, when it comes to your jewelry, keep it simple. “The more you accessorize, the more it conveys the feeling that you need to be decorated,” says Ward. “You don’t need an entire sleeve of bangles–it’s obnoxious and really distracting when you have to keep flicking your arm all day to keep them all up.”

Dark Lipstick
You might think that bold red lipstick looks sexy, but guys just think it’s a dry-cleaning bill waiting to happen. “When I see dark lipstick, all I can think about is how messy it is. It gets on your shirt and your face and you have to wipe it off,” says Ward.

Fake Tan
If there’s one way to ruin your chances with a guy, it’s with a really bad fake tan. “When you are orange, it’s so distracting. It does the opposite of what you want: It makes the person think that you are very uncomfortable in your own skin,” says Ward.

False Advertising
Between the fake lashes, hair extensions, bra-inserts and sky-high heels, Ward thinks women are being too fake with their appearance. “Don’t wear it all at once or you look like a Transformer. If you are wearing three fake things, you’ve gone too far, so choose wisely.”