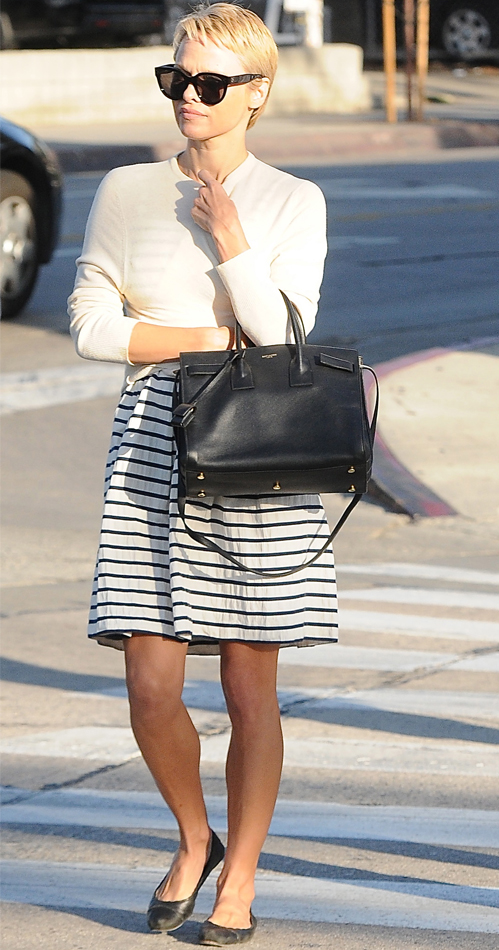 In the most unexpected makeover news ever, Pamela Anderson chopped off all her hair! The “Baywatch” actress has joined the ranks of Jennifer Hudson, Michelle Williams and Miley Cyrus and gotten a pixie haircut.

Honestly, we can’t even think of the last time that Pam Anderson cut her hair—she’s been known as much for her long, blonde hair as she’s been for that infamous one-piece red bathing suit on “Baywatch.” It’s kind of a shock to see her with such a short haircut, but we have to say she looks seriously chic! She also seems to be updating her style along with her hair — her striped-dress-and-flats combination feels more Parisian chic than California babe, especially paired with a (dare we say demure?) cardigan.

Overall, we’re big fans of the new Pamela. Not only does the style seem to suit her, but it seems more appropriate for her than those long extensions.

What do you think of the new look?