Although the Olympics has its set of beauty rules and regulations each athlete must follow, that doesn’t mean some of our favorites weren’t able to show their personality with creative hair and nail looks at the 2020 Tokyo Olympics. In fact, I don’t remember Olympics beauty being this fun in a while—though I can’t say I’ve seen all the games. I’m not exactly the biggest fan of sports but there’s something about this year that’s a cause for celebration. The athletes have been through so much and they deserve to have a little fun while they compete. Rules or not.

OK, fine, I guess the rules matter. According to the USA Gymnastics Women’s Program: 2020-2021 Rules and Policies, hair must be “secured away from the face so as to not obscure her vision of the apparatus.” That’s why you see so many buns and ponytails, especially. Looking through the rule book, it seems makeup and manicures are fair game, though in some sports, athletes choose not to go too wild to distract from their performance.

Lucky for us, that means there are athletes that experiment with their looks—in a seriously fun way. Below, some of our favorites from this year’s Olympics so far. Keep an eye out for the track stars, especially. 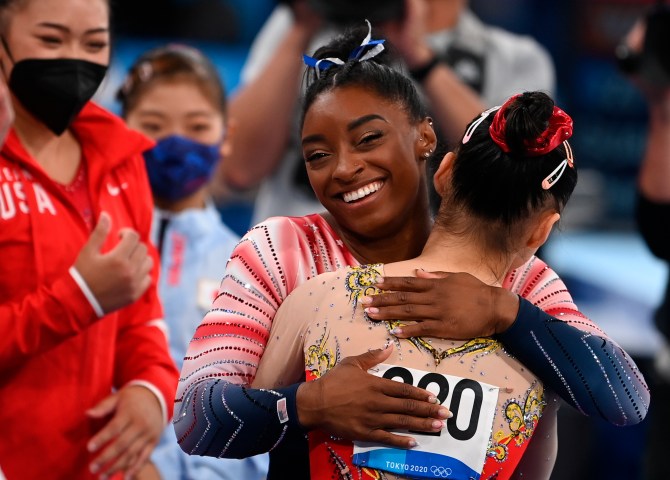 During this sweet moment between Biles and China’s Guan Chenchen, we spotted the American athlete’s twist on the classic French mani. It looks like a double French, with the regular white tips plus a different color line on each nail. Obsessed. 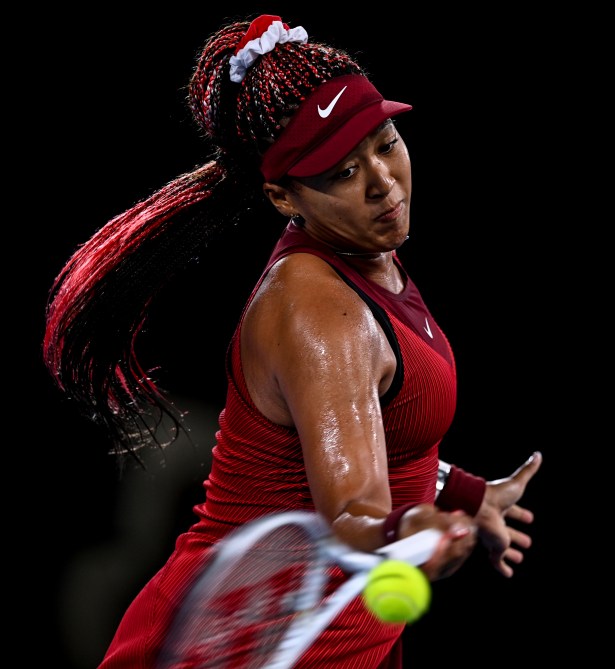 Osaka switched up her pink braids to this red-and-white color thanks to her hairstylist Martin-Christopher Harper. She debuted the new look during the lighting of the Olympic torch. “We did these braids at 4am (before you left to japan) because well thats the only time we had in our schedules,” Harper wrote on Instagram. “But if there is anyone I would show up for it’s this young QUEEN.” 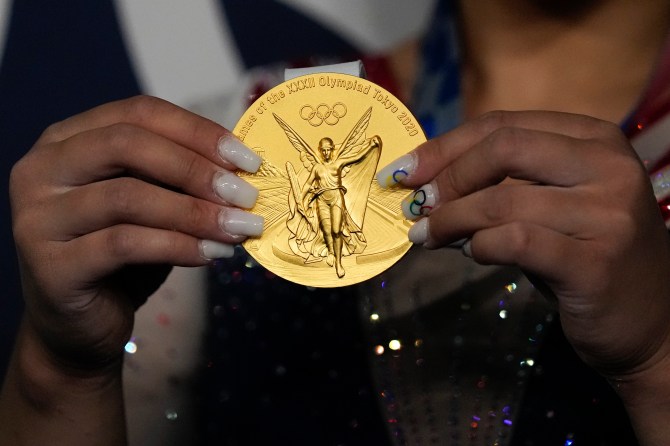 Lee didn’t just win the gold medal in the artistic gymnastics women’s all-around final, she did so with acrylic nails emblazoned with the Olympics logo. 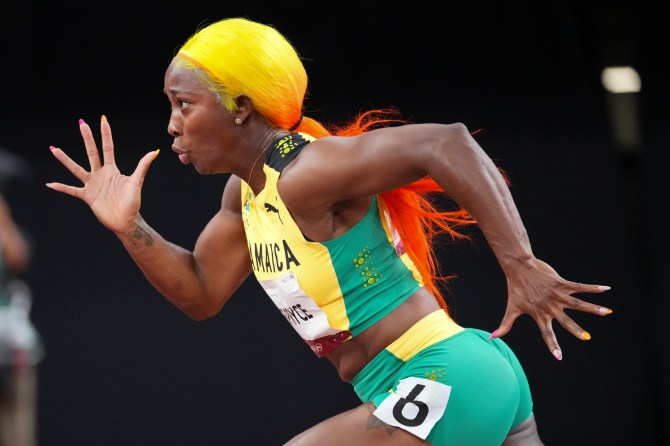 Tell me Fraser-Pryce’s gorge hair color doesn’t look like flames when she runs. It’s almost as impressive as the Jamaican athlete’s gold medals. 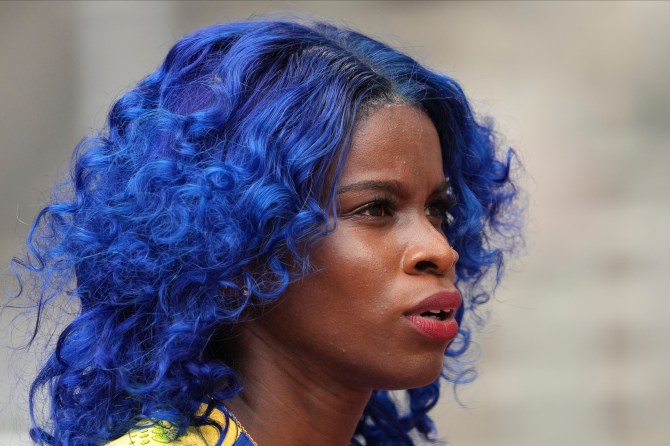 We’re obsessed with the way the Barbadian track star’s bright blue hair pops against her red lip. She could teach a class on how to keep hair and makeup looking so good while running very fast. 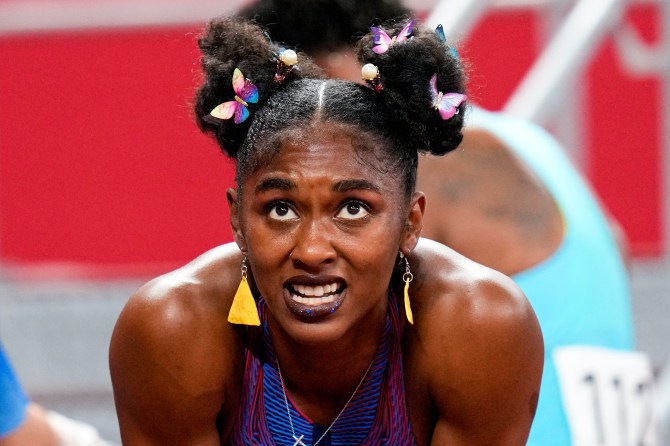 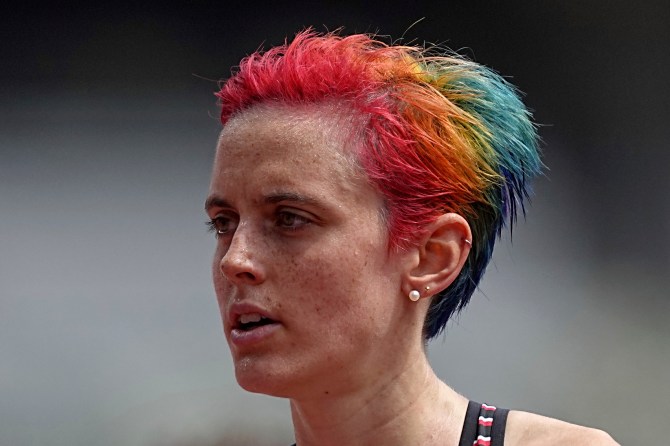 The Canadian athlete doesn’t shy away from her queer identity. She recently spoke about being drawn to short hair her whole life but previously “felt confined to traditional beauty standards” with longer strands. You can watch her dye her own hair this cool rainbow color on Instagram. 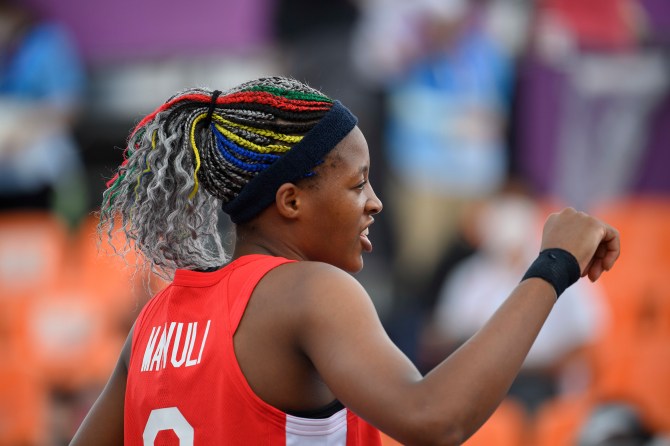 The Japanese basketball player wowed the crowd with her grey box braids sprinkled with the Olympic colors.