If you live in Los Angeles, you know Olive & June. The company has nail salons in three SoCal neighborhoods but hasn’t expanded outside California. But now, people outside LA can grab the in-house nail polish line from Olive & June at Target. And not just a few Targets but 1,471 Target stores nationwide and on Target.com. While you won’t be able to shop the brand’s full assortment, you’ll be able to pick up the Poppy polishing tool, six shades of the 7-free nail polish, a Top Coat and six new Nail Art Sticker designs.

Fans of Olive & June polish love the way it provides high shine with a long-lasting finish. Plus, each is named after a badass woman close to Olive & June. Choose from BI (a creamy coral named after historian and author Blair Imani), BP (a light blue named after Valleybrink Road founder Barrett Prendergast), GH (a baby pink named after Saie creative director Geri Hirsch), HD (a crisp white named after Haylie Duff), SE (a bubblegum pink named after blogger Sophie Elkus) and TT (a pale lavender named after Tara Tucker). Each retails for $8 starting on February 1. 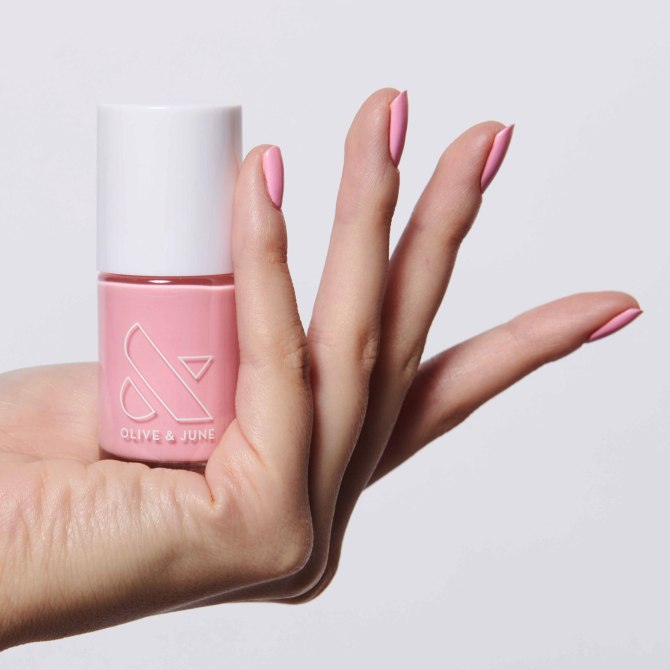 If you need a little help giving yourself the perfect mani, you can also pick up the brand’s Poppy polishing tool. You simply pop it on top of a polish bottle for a better grip and more control. 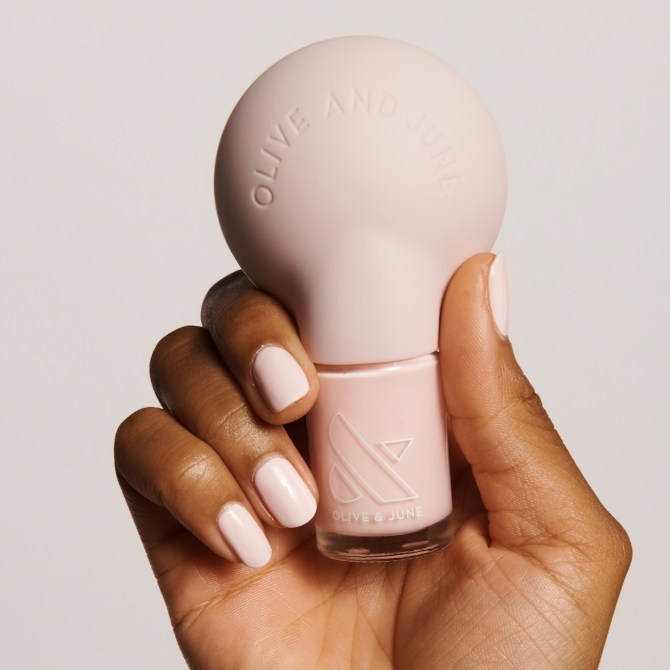 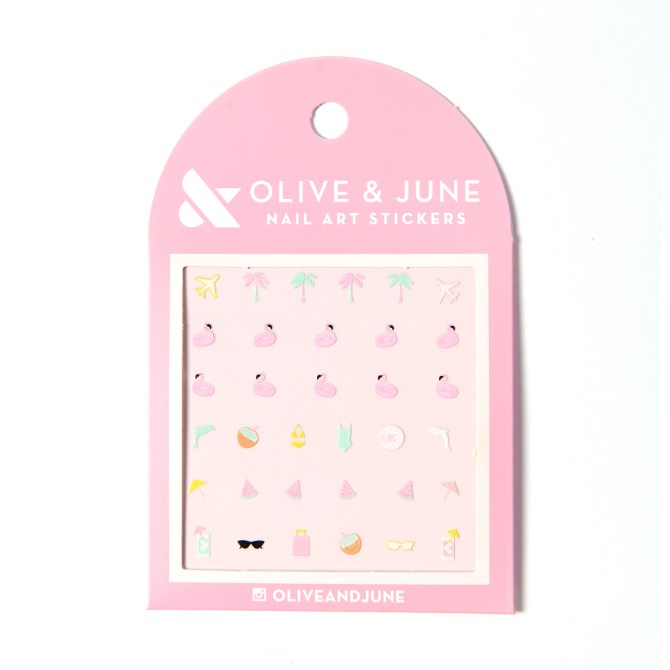