Not so many moons ago, I was a single woman in my early twenties, with lots of hair and even more dates. Before heading off to meet an especially intriguing Bumble match, I’d hit up Drybar for a blowout. I savored this pre-date protocol of becoming the glossiest, most polished version of myself. Now that I find myself in my early thirties and in a relationship, the ritual has been replaced by a decidedly less glamorous one (depending on who you ask): My boyfriend and I both take Nutrafol, a hair growth vitamin. It’s a long way down to the bottom, folks.

I began shedding in the winter of 2016, and not the baggage from six years of dating in NYC (that I carry with me to this day). My hair thinned at an alarming rate, and my once-undetectable part became a prominent focal point. Thanks to a career that involves testing new beauty formulas and writing about them, the hair loss market became my proverbial oyster. I tried every topical product that claims to boost hair growth, plus the gummy vitamins and various oral supplements that other women swear by. None caused a noticeable impact, but to be fair, I wasn’t exactly compliant when the instructions called for applying foam to my scalp daily. 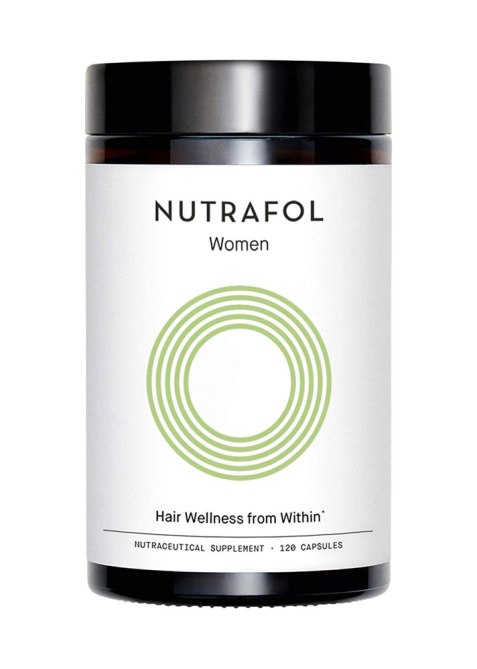 My beauty editorship brought me to the launch event of Nutrafol, which isn’t as pedestrian as I’ve made it sound. In fact, it’s a rather sophisticated, comprehensive approach for a hair loss supplement, compared to its competition of Kardashian-endorsed gimmicks. The formula includes the stalwarts of your average multi-vitamin (vitamins A, C, D and E) plus the crux of most hair loss vitamins (biotin, zinc, marine collagen from cod fish). What sets it apart: a cocktail of botanical ingredients (ashwagandha, saw palmetto, turmeric) and the “Nutrafol Blend,” a proprietary assortment of antioxidants, for the most part. Altogether, the drug-free composition of natural ingredients tackle hair loss holistically, neutralizing the effects of stress, aging and perhaps most impressively, the hormone responsible for hair loss, DHT. 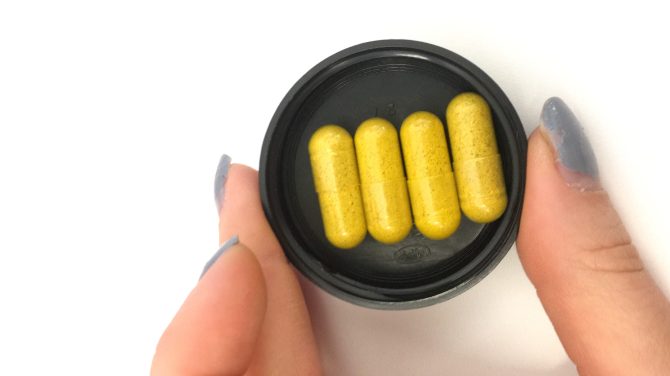 I’ve taken Nutrafol for nearly two years now, and while I didn’t regrow the resplendent head of hair I had when I was dating amok, I sprouted a fresh crop of baby hairs. My hair atrophy has halted, and I’ve seen enough new growth to know it works. Skeptics who balk at personal anecdotes should know that Nutrafol boasts the gold standard of evidence: a randomized, double-blind, controlled clinical trial conducted by a dermatologist. The highlights are that 81 percent of participants reported improvement in hair growth, while 77 percent noticed new growth. Curiously, the study only included women ingesting the women’s formula, even though Nutrafol offers a separate formula specifically for men. This brings me to my boyfriend, who will be utterly delighted by his presence in this article.

Men’s hair loss (male pattern baldness or otherwise) has historically overshadowed women’s, especially for those who thin in their twenties and thirties. It’s almost expected for men to begin balding before 40, but when I started losing my hair, it took me a long time to recognize it—because I’d never heard it can occur in young women. Frankly, I think hair loss is a decent exercise in the irrelevancy of gender roles, as the hormone DHT, otherwise known as dihydrotestosterone, doesn’t discriminate (it’s responsible for shrinking follicles in both men and women). More to my point, the men’s formula of Nutrafol contains the exact same ingredients as the women’s variety, in marginally higher doses. 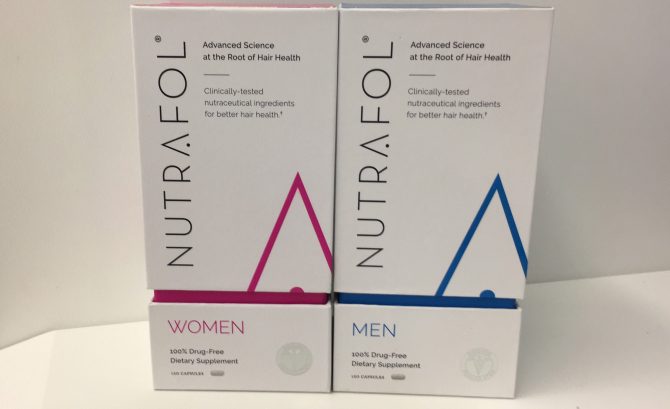 My boyfriend brought up his follicle frustrations first, as he should. Even though he spoke with a matter-of-fact air, I could tell that he wasn’t looking forward to gradually going bald. I responded in a soothing, nonchalant manner, but I also said I knew a supplement that could help, if he was interested. If your partner is losing his or her hair, I recommend doing the same. While I obviously appreciate his dark, glossy hair, my motivation came from knowing how hair loss feels, and how it can affect everything from self-confidence to external perceptions of your qualities. I silently wondered if his hair loss would one day affect his career, as I once worried about mine. In a particularly surprising (and infuriating) twist, a study found that bald men are actually perceived to be more fitting leaders in the workplace, while no such benefit exists for women.

Even so, my boyfriend wanted to order Nutrafol for himself, and now enthusiastically swallows each of the four pills that comprise a daily dose (with a granola bar, because he “can’t swallow” without food). When he travels or otherwise shacks away from home, he parses out his supply in a Ziploc bag with the appropriate amount of granola bars, which is adorable and a testament to his dedication. He’s only been using Nutrafol for a month and a half (six months is necessary for full results), but he self-reports that his hair “feels thicker.”

Together, we take our pills, send each other Insta stories of our Nutrafol bottles and commit other truly nauseating displays of a couple mutually devoted to hair maintenance. Our ritual certainly lacks the sexy, inchoate feelings invoked by a professional blowout and a third date, but we have something that will (hopefully) last a little longer: our hair.

A version of this story was originally published on November 18, 2018.