As a black woman, the most enduring beauty tip passed down by my grandmother and aunties is that you should avoid ashy skin like the plague. If you see a hint of dry skin, grab the cocoa butter, stat, and make it disappear. Nicole Richie, best friend in my head, is also adept to this simple, yet highly effective skin-care tip, and spoke about it in an interview with ELLE.

MORE: Nicole Richie Learns How to Properly Use Highlighter, Teaches Us a Thing or Two

While promoting a capsule collaboration between her fashion label House of Harlow and Urban Decay, the 36-year old credited her mother Brenda Harvey with teaching her the importance of taking extra good care of her skin beyond the face.

Richie was adopted by Harvey and father Lionel Richie when she was a toddler. Her biological parents are Peter Michael Escovedo (sister of legendary musician Shiela E.) and Karen Moss. 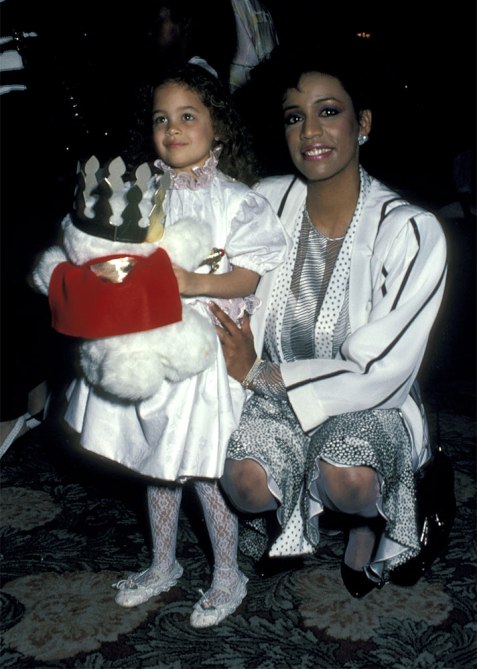 “In the shower, I have gloves on and I use soap, then I put grapeseed oil on the gloves and on my entire body. Then, I get out of the shower and put on Kiehls Creme de Corps body lotion, and then I do oil on top of that and that’s what I do every day,” she said. “I’m all about moisturizing. My mom is from Alabama, a black woman, and she would never let me leave the house without lotion so that’s how I was raised. That’s how my kids are raised: You are to never leave your house without lotion on your skin.”

The designer and mother of two also spoke transparently about her relationship (or lack thereof) to makeup and how her surroundings have impacted her self-image. Admitting that she doesn’t know how to do her own makeup (“I have three tricks that I know, and that’s it”), she says the last two decades have taught her that she doesn’t need “extensions, foundation, the brows” and so many other things to look beautiful.

Ultimately, through her experience of living in the limelight, she’s gotten to a place where she could feel confident without the extras, even though it can be fun to play dress up. “But at the end of the day, it ends up being tiring because it’s not you,” she said.

MORE: 11 Body Oils to Layer Over Your Lotion

That same philosophy has also extended to her hair-care routine, which has evolved to a simpler variation since going full-on lavender years ago. And in the process of slowing it down with the color, she’s embraced her naturally curly texture.

“In the ’80s, having curly hair was not cool at all and I would go to school with all of my white friends and they would show up just out of the shower with their wet hair and I was like, ‘Oh my God, why can’t I be just like them?’ I was almost ashamed to have curly hair and now I love it. It’s who I am,” she said.