Though she’s hardly the first famous woman to walk a red carpet in brightly-colored hair, Nicki Minaj does it very well. So much so, that it’s become part of her signature look. The QUEEN rapper’s always kept an extensive collection of wigs in her beauty repertoire and while 2017 was a relatively toned down year for her personal style, this year marks a return to the bold hair looks she sported in the beginning stage of her career.

Last night, Minaj made a surprise appearance at the Daily Front Row’s Fashion Media Awards, where she presented an award to close friend (and top model) Winnie Harlow. Before stepping inside, she shut down the read carpet in head-to-toe purple realness; from the Pamella Roland fringe gown and Alexander McQueen belt on her bod to the two-toned lavender hair atop her head. 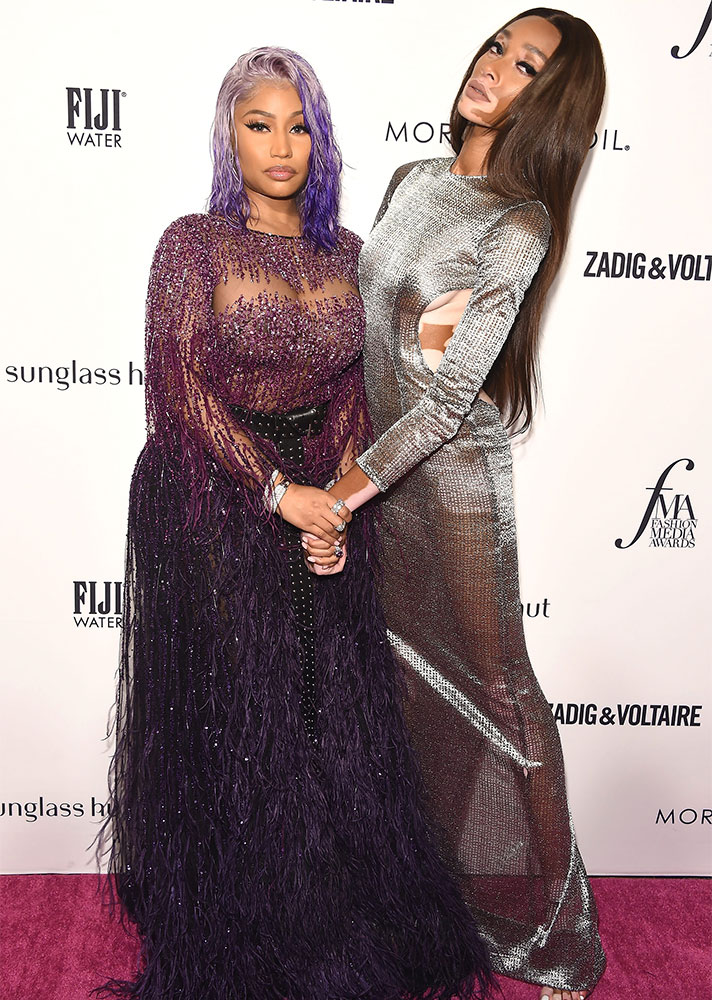 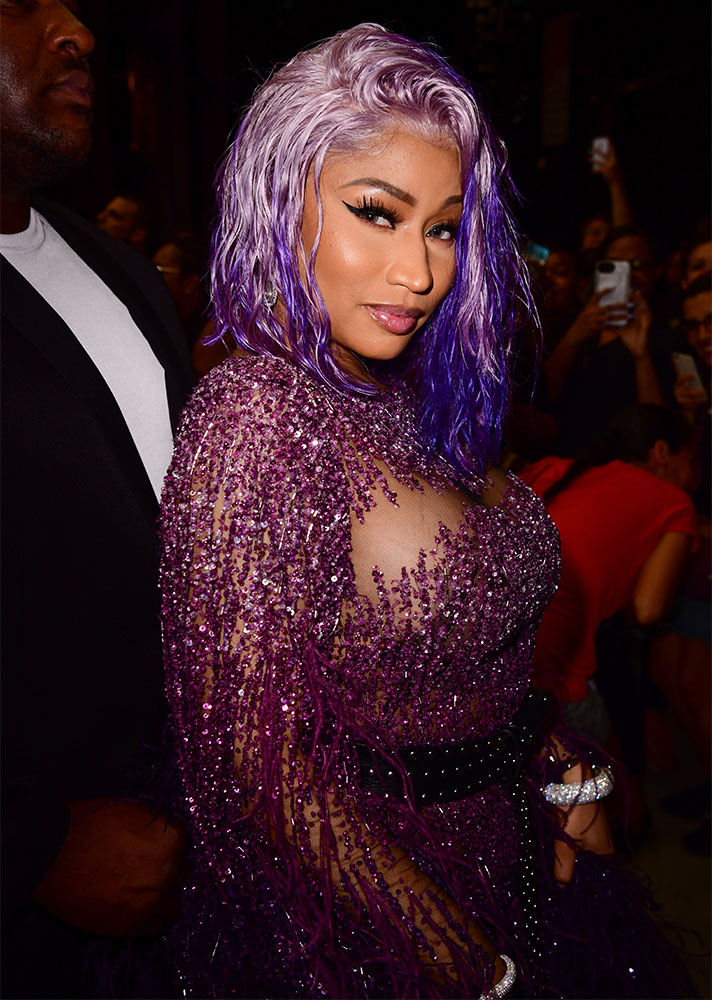 Like the long, pink mermaid waves she sported to ELLE’s NYFW party, this look can be credited to hairstylist and weave master Dionte Gray, also known as “Arrogant Tae” and “Frontal King.” Together with makeup artist Etienne Ortega and stylist Brett Alan Nelson, Gray and the rest of the glam squad have been making sure Minaj is a standout whenever she leaves the house.

We’d say that mission has been accomplished time and time again. And with NYFW just getting started, we have a feeling this isn’t the last time we’ll see her on the scene.