It’s been months since we spotted Nicki Minaj, whose last high-profile appearance occurred at the CFDA Fashion Fund Awards in November. Now, armed with two new singles and a fresh look, the “Pinkprint” rapper appears to be revving up for a resurgence on the Billboard charts. In other words, Barbie is officially back. 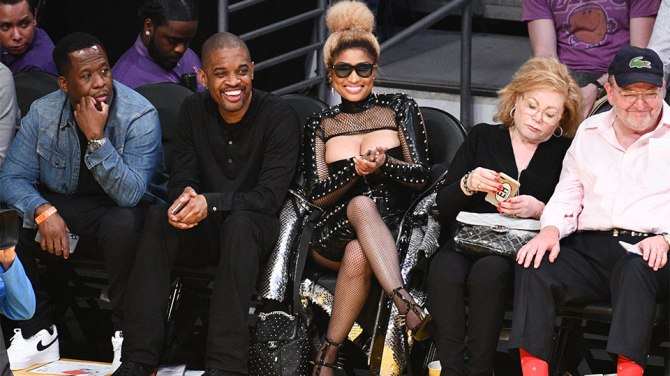 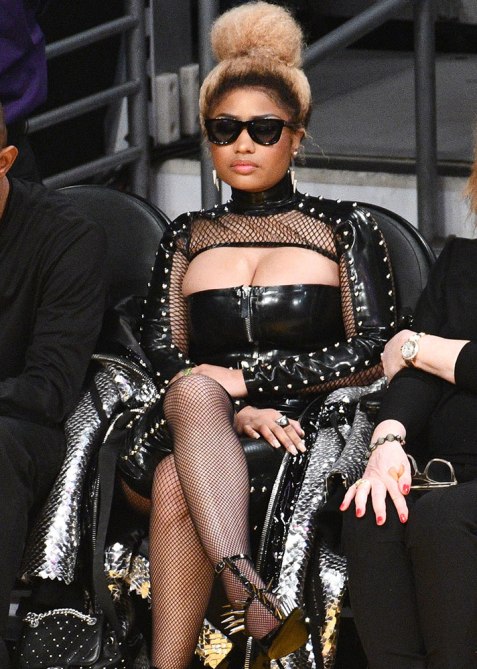 Later on, she gifted us with a closer look at her low-key hairstyle, complete with dark roots and honey blonde strands. (That cat-eye is flawless, too.)

We’ve grown used to seeing the rapper and actress flex her impeccable wig game, but every once in awhile, she reminds us that she can slay in a classic do, too. Based on the cover art for both of her upcoming singles, there’s no telling what her next beauty move will be.

For “Barbie Tingz,” she’s dressed in renaissance garb and what appears to be a crimped set of dramatic bangs. And for “Chun-Li,” she pays tribute to the classic Street Fighter character in double buns and a matching Fendi set. Minaj is the queen of multiple aesthetics, so we have a feeling she’ll continue to keep the Barbz on their toes.

MORE: 30 Gorgeous Messy Buns You Only Wish You Could Pull Off

One thing’s for sure: between this surprise reveal, Cardi B.‘s infectious debut album “Invasion of Privacy,” and Azealia Banks‘ repeat-worthy “Anna Wintour,” our playlist is chock full of badass rap queens.