After almost a decade in my beloved New York City, also known as the land of a thousand smells, I am unmoved by a lot of the scents people would deem offensive. There’s little benefit to calling out B.O. in the elevator or complaining about the person eating takeout next to you on the subway; both are also sort of rude. Simply put, there are much bigger fish to fry. However—hypothetically speaking, of course—if I were shacked up with a significant other who wore cologne I didn’t like, it’s absolutely time to have a conversation.

I don’t want my nostrils assaulted while we spoon and if the solution is as simple as you spritzing less or just wearing something different, I’m willing to risk sounding like a jerk for 10 seconds. Judge if you must, but I stand by my stance. I’ve often wondered if it’s possible to pull this off in a nice way. I’m a “cut to the chase” kind of woman and afraid I lack the natural finesse needed to get away with it. So when I got the opportunity to chat with John Varvatos and Nick Jonas about their latest cologne collab, I couldn’t help but pose the same question to them.

I also didn’t pass up the opportunity to challenge Nick with reimagining the Jonas Brothers’ discography as a fragrance, because how could I not? “‘Love Bug’ was kind of the foundation. And then middle would probably be ‘Sucker.’ That’s sort of like hits right in the center,” he told me. “And then on the top note, I think it’s probably a combination of the individual work that helps influence kind of who we are as a group, so ‘Cake By The Ocean’ and ‘Jealous.'”

But back to the mission at hand. A gentleman far beyond his years, Jonas said, “I think there’s always a nice way to put things that maybe are hard truths.” Hard Truths. Noted. “I would probably phrase it like ‘I love that scent. I feel at times I’m overwhelmed by how much you wear, but I love it.'” After LOL-ing and agreeing that his method could actually work, I wanted to know how I should communicate a “hard truth” if I, well, don’t like the scent at all. As it turns out, that is easier said than done. Your best bet, especially during the holidays, is to just buy them something new.

I’m all for the “sharing is caring,” money-saving route where you buy something that smells amazing on both of you. There are plenty of perfumes, colognes and gender-neutral fragrances to choose from, but if you want something new, I can confirm the John Varvatos x Nick Jonas Silver Edition is a worthy option. If I had to describe the smell, I would echo Varvatos who deemed it “electric.” It’s more on the citrusy side, but there are some heavier woodsy notes that give it a sexy vibe. It’s not too light and not too heavy; dare I say, maybe almost close to perfect?! 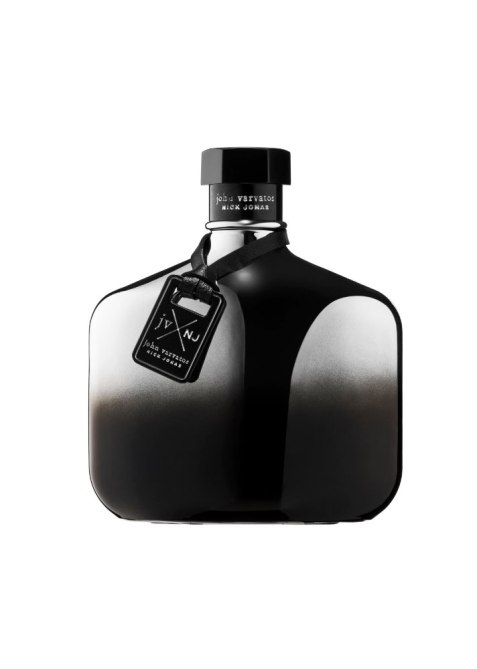 “We wanted something that, when you put it in the air, you felt an energy there and that’s what I think we accomplish with it,” said Varvatos. “When we create, we create it to last throughout the day so that it doesn’t wear off after two hours.” Of course, it also helps to know how you should be applying your fragrance. There is no one right way to do this, according to Jonas.

“I think everybody’s different and it’s going to actually smell different on your skin, but I go for about six sprays,” he told me. “The back of the neck a little bit; the chest, two on each [pec]. But I’ve mixed my process up before too…maybe the spray and walk-through, but you will know when it’s too much.” (If only it were that easy Nick!)

You can pick up one or all three of John Varvatos and Nick Jonas’ fragrances during your inevitable last-minute holiday shopping. The scents do not disappoint.