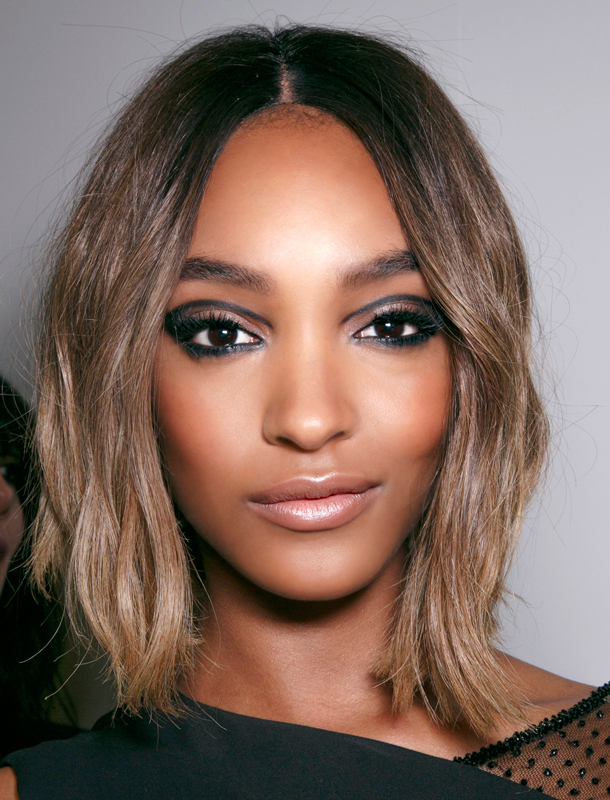 This is the time of year we gaze into our crystal ball and imagine what the new year’s hair trends will be. And it doesn’t take a genius to predict that the most popular haircut of 2016 may be the long, layered bob. Literally everyone, from Khloe Kardashian to Adele, has tried out a version of this cut, even if it was only temporary (ahem, Gigi).

And along with being seen on every single star’s head, shoulder-length hair has also been dubbed something else: The new short.

That’s what Aveda Global Artistic Director Antoinette Beenders told us about the trend that’s become a huge hairstyle hit. And in her opinion, it falls somewhere in the middle of the super short haircuts we’ve seen in the ‘90s and then the incredibly long, layered Gisele-like hair we loved in the early aughts. She explained that millennium research suggests that we like longer hair, and that this is a more comfortable way to inch back to the short side.

“I think it’s because we had long, long for so long that it’s a little refreshing,” Beenders says of why it’s become the more popular short haircut of the moment. “They still feel like there is hair, so it’s not as scary.”

Rodney Cutler, hairstylist and Redken ambassador, agrees, telling us that while the versions of the bob cut has been around since ancient times, it’s the perfect way for women to test out the waters of short hair. “It creates a new exciting look without making a huge drastic change,” he says. “It’s also an ideal style because of its timelessness and suitability for almost every face shape.”

It is definitely a particularly complimentary cut, which adds to its appeal. And that could be because there’s not just one standard style for everyone. There’s room for creativity. “A bob is a flattering haircut on most, as it is custom cut,” notes Jennifer MacDougall, celebrity hairstylist and L’Oréal Professionnel artist. “Layers and length of where the hair falls are all tailored depending on face shape.”

And it’s not going anywhere, apparently. Cutler believes they’ll shine through 2016 but may turn into longer, shaggier lobs with layers and dimensional color. “It will still read ‘short’ but have added texture and ‘wow’ factor while allowing for greater versatility of styles,” he explains.

So clearly, if you’re finally ready to chop off some inches and give it a chance, it’s not too late. Need some inspiration? Alessandra Ambrosio, Kate Middleton, Taylor Swift, Jenna Dewan-Tatum, and Lucy Hale are all currently wearing a version of the lob or bob.