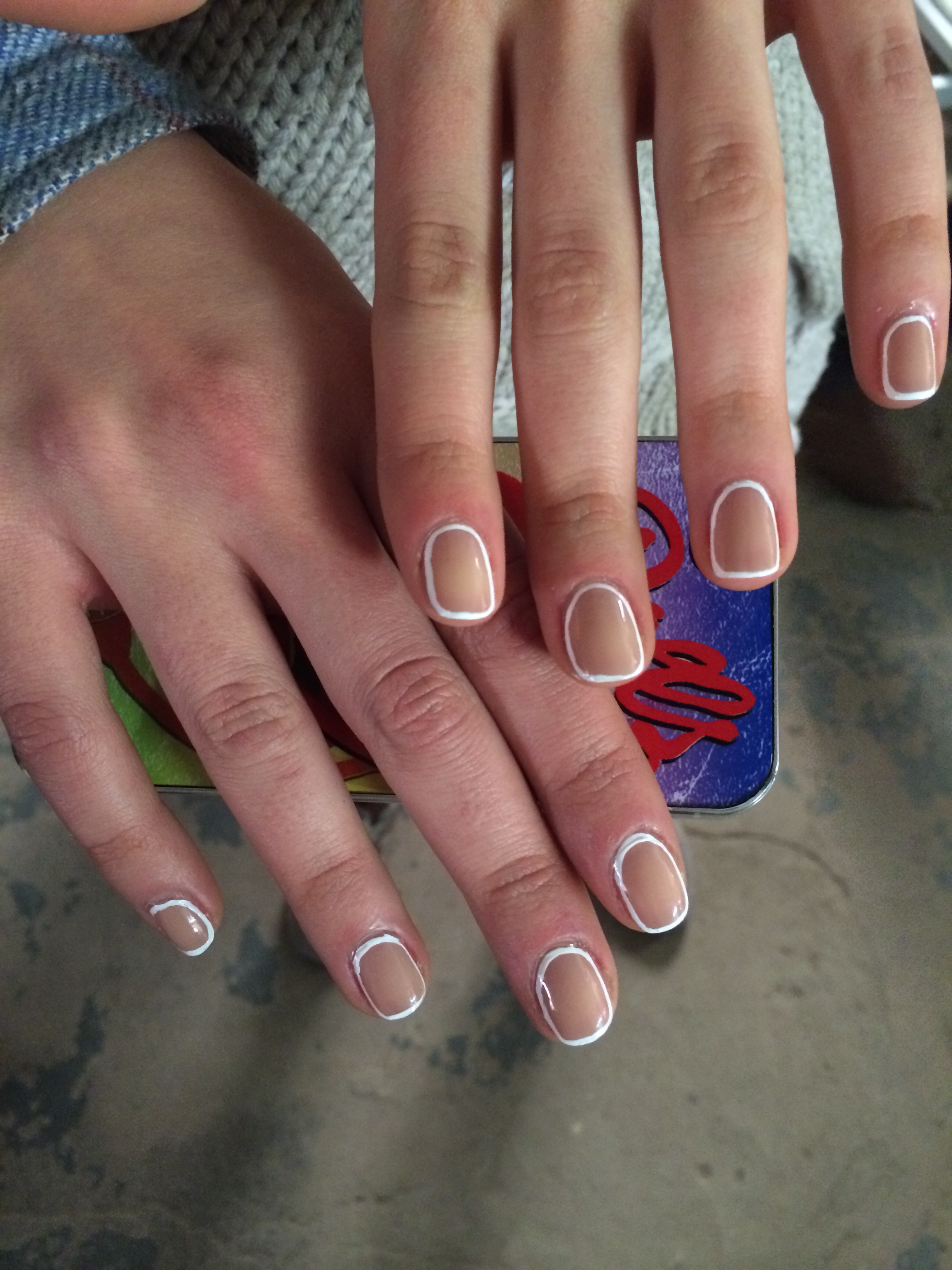 A welcome break from the plain nail of seasons past, the nude and white nail art at Band of Outsiders added a hint of intrigue backstage at the fall 2014 show. Deborah Lippmann created the manicure, collaborating with lead makeup artist Dick Page for Shiseido when it came to how they wanted the look to come together. Our favorite part? It’s completely doable at home.

MORE: NYFW Nails: The Best Manicures From the Runway

“Dick wanted to do something on the nail similar to the lip,” Deborah told us, “and originally we were using like a ‘dried blood red.’ But then we went over and looked at the clothes, but there were graphic blocks of white, so we flipped it around so instead of mirroring the lip we moved to this white and we’re calling it the ‘Band of French.'”

To get the look, Deborah painted the nails with two coats of Naked, a universal skin tone color. Next, she used Amazing Grace for the white band around the nail, explaining that you can get this look with whichever tools you feel most comfortable with, whether that’s a striper brush or a striping tool. “If you don’t have a striping tool, I’d take a scissor and cut off bristles from both sides of the regular brush, that way it’s thinner and easier to work with for art,” she says. “This look is pretty simple, and everyone can do it at home. It’s almost as easy as a polka dot.”