Work distractions are never in short supply, but scrolling through Instagram and Twitter, only to land on impossibly gorgeous red carpet moments is our personal favorite.

This week, there seems to be an over-abundance of natural hair inspo and we’re not complaining at all…even if it does set back our workload. Ahead, four looks that combine braids, twist-outs and even twine for accessorizing.

MORE: These are the Best Celebrity Natural Hair Moments of 2018 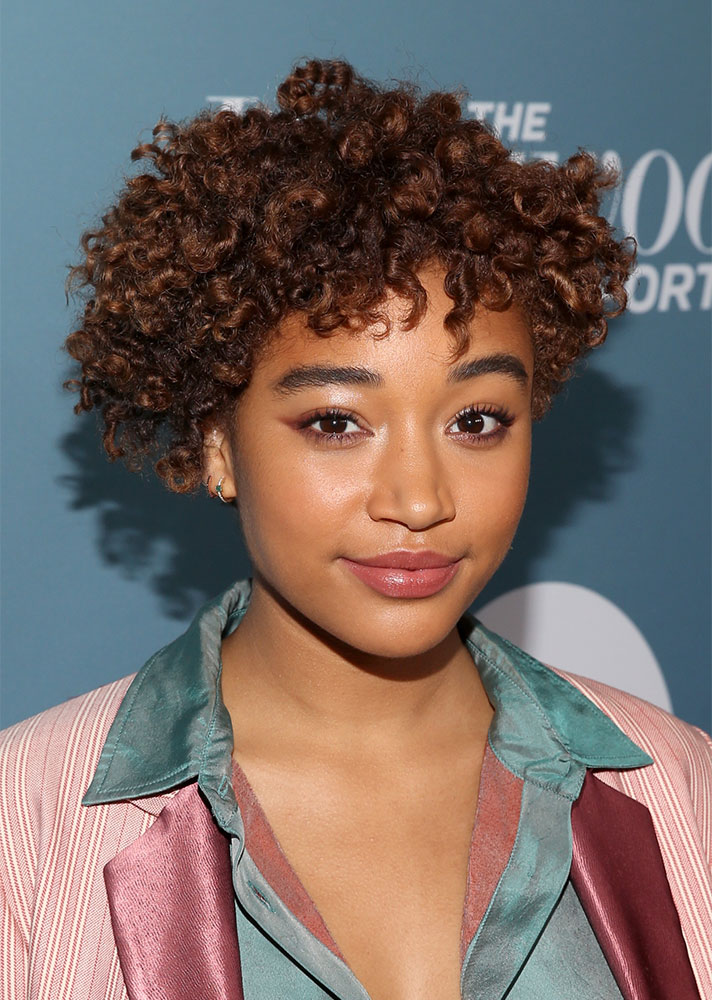 First up, Amandla Stenberg–whose hair evolution throughout 2018 has been a sight to behold–seems to be embracing her natural length for the holidays. Earlier today, the Hate U Give star stepped out for The Hollywood Reporter’s Power 100 Women In Entertainment celebration in an effortless-looking twist-out styled to the side.

What we love most about this look is the auburn shade, which compliments her complexion beautifully and somehow enhances that lit-from-within glow she’s never without. 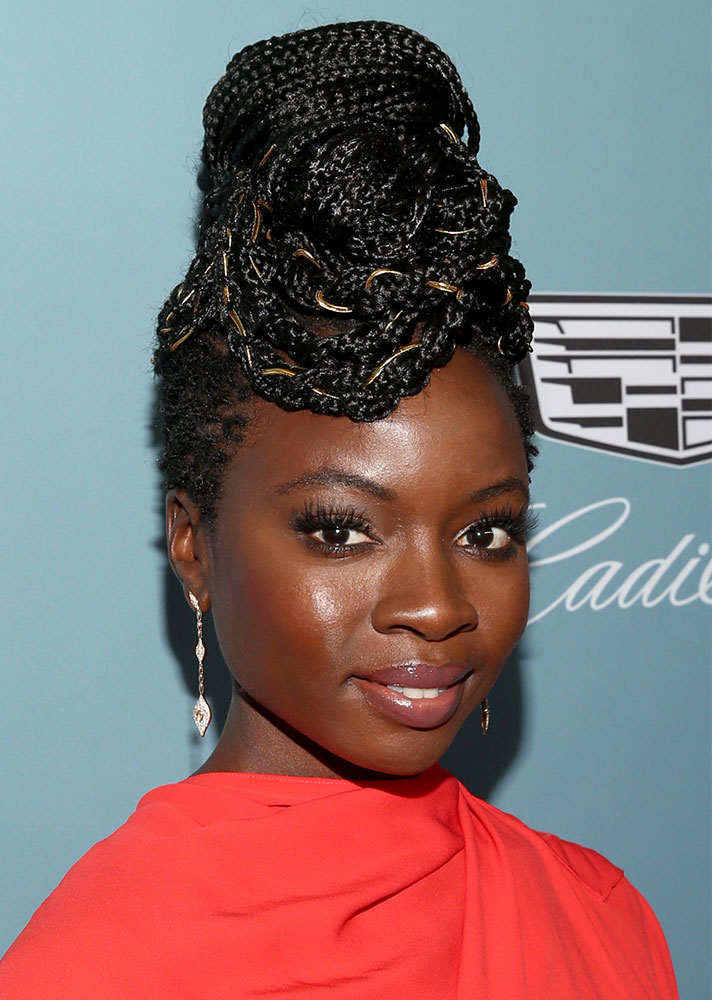 Danai Gurira also attended The Hollywood Reporter event in support of The Black Panther’s groundbreaking success, but not without commanding attention with her ‘do.

Instead of simply letting her braids cascade down her back, the TV and film star fashioned them into a towering updo and added golden twine throughout some of the front pieces to match her drop earrings. Accessorizing is never a bad idea, right? 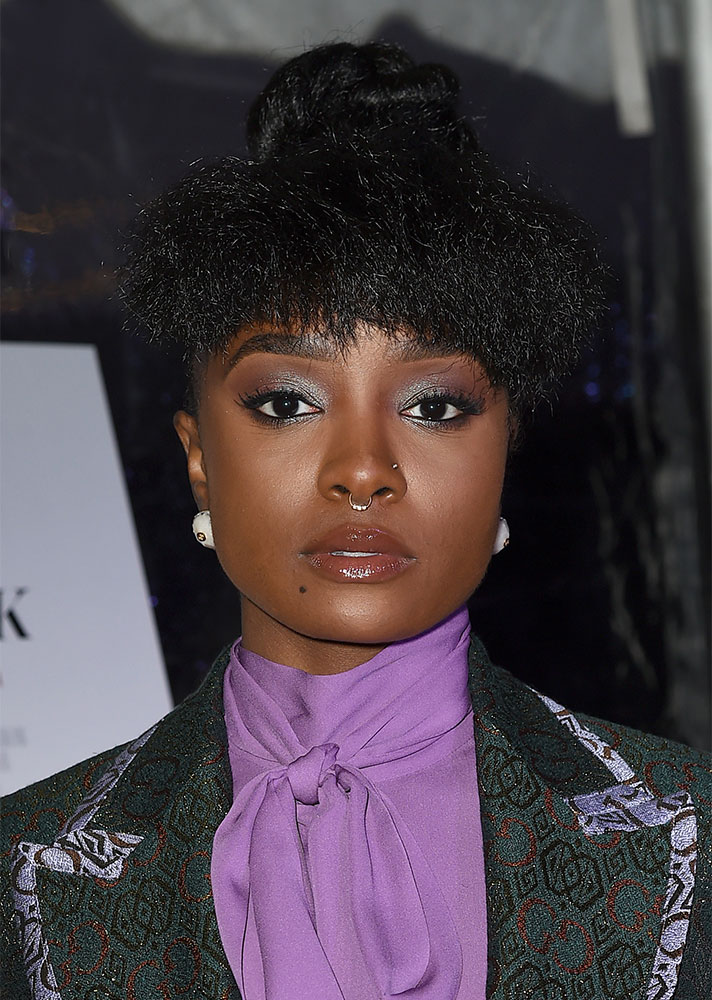 Newcomer Kiki Layne, who can be seen in the upcoming film adaptation of James Baldwins’ If Beale Street Could Talk, has been absolutely slaying her press run in a handful of looks crafted by celeb stylist Larry Sims, including this updo spotted at the most recent screening for her film debut.

What makes this top knot far from ordinary is the volumized, textured bang that falls just above her brows and frames the forehead so beautifully. 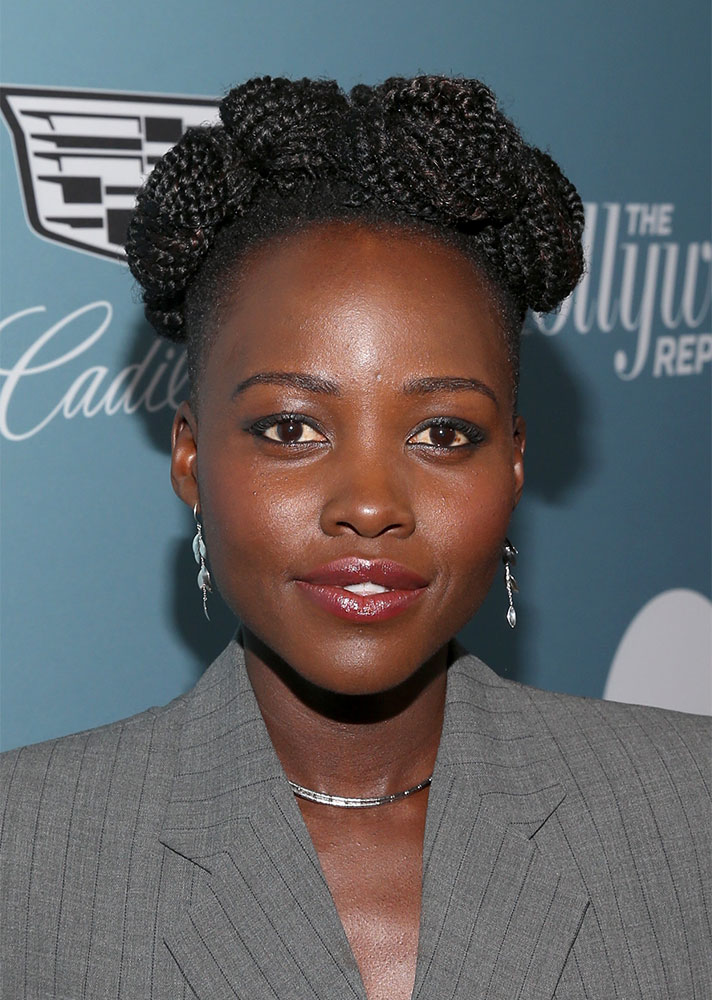 And finally, Lupita Nyong’o, no stranger to shutting down red carpets in impeccable beauty and fashion, also attended the Women in Entertainment celebration hosted by The Hollywood Reporter.

With the help of her go-to stylist Vernon Francois, she turned heads in a chic, milkmaid braid style that pulls her kinky twists into a crown fit for a queen. Honestly, we expect nothing less from someone so regal.