In the past two months, hairy political scandals made headlines: Nancy Pelosi visited a salon for a blowout during a lockdown. $70,000 was deducted from President Trump’s taxes for a year of styling. A housefly landed on Vice President Mike Pence’s flinty coiffure during the Vice Presidential debate and catapulted to celebrity status. Leading up to the election, these fluffy stories on the politics surrounding hair punctuate an otherwise dystopian news cycle. Like much partisan fodder, their impact is fleeting and negligible—while the real politics of hair percolate every day, with dire consequences and much less publicity.

Hair may seem like an apolitical topic. If that describes your thinking, the keratin that sprouts from your scalp may not be particularly charged. Perhaps you wake up in the morning, lament your bedhead, and then forget about it. “If someone doesn’t understand how hair is political, that’s because they have the privilege of never having to worry about it,” says Janai Norman, ABC News Correspondent and Weekend Good Morning America Pop News Anchor. But for an estimated 60 to 70 percent of the US population (and growing), hair engenders discrimination in civic activities from education to employment. “For many Black and brown men and women, hair can impact whether you get a job, keep a job, or get sent home from school,” says Norman.

Discriminatory practices stem from a bias against textured hair rooted in racism. “Hair is politicized,” explains Tammy Jolivette, a PhD student at Walden University who researches the psychological genesis of natural hair discrimination. Natural hair refers to textured hair being worn in its natural state, untreated by chemicals used to straighten or relax the hair’s shaft. “Biased ideas that textured hair is unattractive, unprofessional, and unacceptable are embedded deep in our collective psychology,” says Jolivette.

While some people simply balk at a hair type disparate from their own, other people attribute intentions to ethnic hairstyles that may or may not hold true. “Some people with hair biases believe that wearing cornrows or natural hair is equivalent to making political statements,” says Jolivette. In reality, sometimes hairstyles convey a political agenda, and other times they are simply personal expressions. Regardless, people with textured hair are judged. “When a person faces discrimination based on how they wear their hair, it violates their freedom of speech and expression,” explains Jolivette. 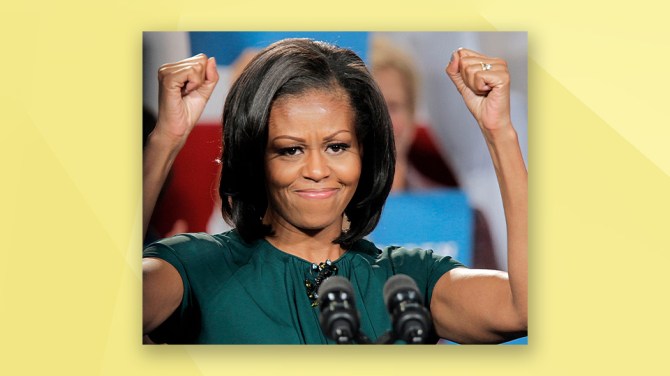 This bigotry towards textured hair infects workplaces. For women who appear on camera, straight, smooth hair has been foisted onto their shoulders as the only acceptable style. Even within that egregiously narrow framework, the desired characteristic of consistency adds another nearly impossible hurdle for women in the public eye. Hairstylist Johnny Wright, who tended to Michelle Obama’s hair when she was First Lady, identified this psychological need for “a recognizable silhouette”—and suggests its power may even influence voters. “I remember an article deemed Hillary Clinton indecisive because she changed her haircut so much,” Wright tells STYLECASTER. “With Michelle, I always made sure that her silhouette was recognizable. In the political world, that helps people who are not that focused on the campaign make a decision. If they decide to vote, they remember their hair.”

On-air professionals echo Wright’s sentiments on the quixotic insistence of never-changing hair in their industry. “During a critiquing session at the 2018 National Association of Black Journalists Convention, two hiring news directors told me that an on-camera look has to be ‘consistent’ and changing from curly to straight would confuse management,” says Jasmine Spencer, a former weekend anchor and reporter for WGHP Fox8 News. According to Spencer, factors like humidity makes consistency unobtainable for many Black women, which leads to anchors opting to wear wigs on-air. Spencer felt pressure to wear her hair down and straight, and still felt her reporting was eclipsed by her hairstyle: “Consultations about my work rarely revolved around my writing, and instead focused on how I needed to control ‘fly-aways’ with hairspray, a product most Black women don’t use.” 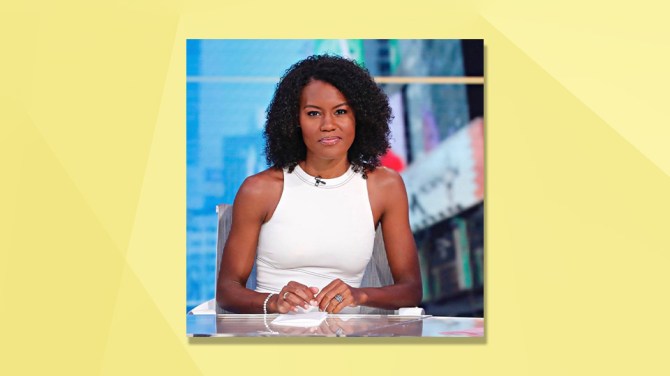 From the former First Lady to major networks to companies around the country, women with textured hair face exacting standards in the workplace. And when they don’t abide by the policing of their hair, they’re punished. A 2019 study conducted by Dove found that Black women face the highest instances of hair-based discrimination, and are more likely to be sent home from the workplace because of their hair. The study also found that 80 percent of Black women felt they needed to change their hair to conform to their workplaces.

Some companies enforce racist standards under the guise of professionalism, yet hair discrimination pervades in schools as well. In 2018, high school wrestler Andrew Johnson was forced to shave off his dreadlocks before his match by the referee, who called them “unnatural.” School districts can and do suspend students for sporting hairstyles endogenous to their cultures because of length restrictions.

At a time when many Americans are protesting the murder of Black citizens by police, natural hair discrimination could be seen as both too insidious and contingent to prioritize. While hair discrimination is currently legal in all but seven states, it’s at an inflection point that could render it illegal across the U.S. Enter the CROWN Act, legislation passed in September by the House of Representatives that outlaws discriminatory practices in schools, workplaces, and housing agencies. The bill now sits with the Republican-controlled Senate, while 22 additional states consider adopting their own version. As of October 5, the city of Pittsburgh became the latest municipality to propose ratification.

The CROWN Act, an acronym for Create a Respectful and Open World for Natural Hair introduced in 2019 by the state of California, asserts protections for traditional hairstyles and the full range of curl patterns, which face even steeper discrimination than looser curls. ABC anchor Janai Norman emphasizes the existence of texturism, or the bias that posits the tighter the curl pattern, the less attractive. “If we’re celebrating natural hair, it should be all celebrated,” says Norman.

While seven states including New York and New Jersey have already enacted The CROWN Act, it’s paramount the bill becomes law nationwide. If you believe women and men shouldn’t experience racism because of the hair that grows out of their heads, get in touch with your senator and then your mayor, since city jurisdictions are also sanctioning the bill. “I recall being called ‘colored’ by someone I interviewed at my first station in North Carolina,” says former Fox News anchor Jasmine Spencer. “What’s considered as ‘professional’ in one part of the country isn’t elsewhere, and that’s why we need the act everywhere.” 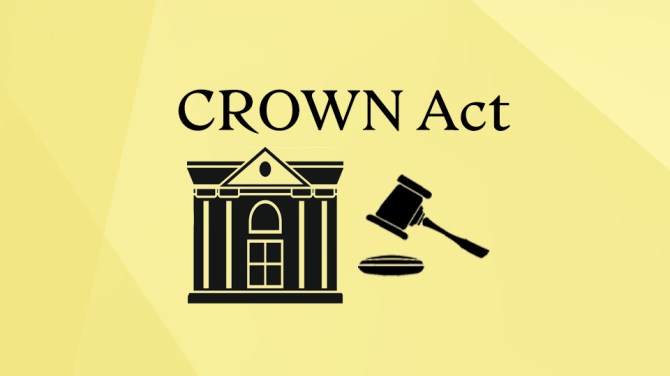 The CROWN Act marks an exigent precipice in the fight against natural hair discrimination. During her eight years in the White House, Michelle Obama did not wear her hair in its natural state, although her hair was chemical-free. “When the First Lady was in office, natural hair started to become a movement,” says her former stylist Johnny Wright. “I hadn’t completely adapted to it yet, nor had she.” Brands like Dark & Lovely and Mixed Chicks began launching products to actually style curly textures, instead of chemically coax them into conformity. “I think it made it even more profound that we had a Black woman with her complexion, with her body type, in the White House representing our country. And it just continued to grow and grow.” After the administration ended, the former First Lady went on vacation and embraced her natural curls. The paparazzi snapped photos, and the internet loved it.

While at ABC in 2018, anchor Janai Norman decided to go live on-air with her natural curls for the first time. It was a calculated risk for the anchor, who thought of young, Black women who are coming up in TV news and other industries. “I remember being the only Black reporter at a station. I hoped I could provide some cover to people out there who needed it in that, ‘Well, she’s doing it and she’s on Good Morning America.”” Norman’s hair reveal was well-received, and she now encourages fellow anchors and all women to free their curls.

“The things that we have deemed to be conservative or approachable or luxurious or elegant are now being unlearned, and that dynamic is changing,” says Wright. “I’m looking forward to seeing new images of what an attorney, a doctor and a female engineer looks like.” In less than a month, we may see a new image of what a Vice President looks like if Kamala Harris takes office: a Black, mixed-race woman with soft waves and Converse.

“I’m already noticing a change in the industry,” says Jasmine Spencer. “I could never even imagine wearing braids into the newsroom just a few years ago like friends and former colleagues do now. Black women are finally able to be their multifaceted selves.”

As for hair discrimination, Janai Norman doesn’t know if 2021 will look that different. “It’s more long-term and hoping that my kids and other kids their age—for them, that they will have the privilege of thinking, ‘How was hair political?’”