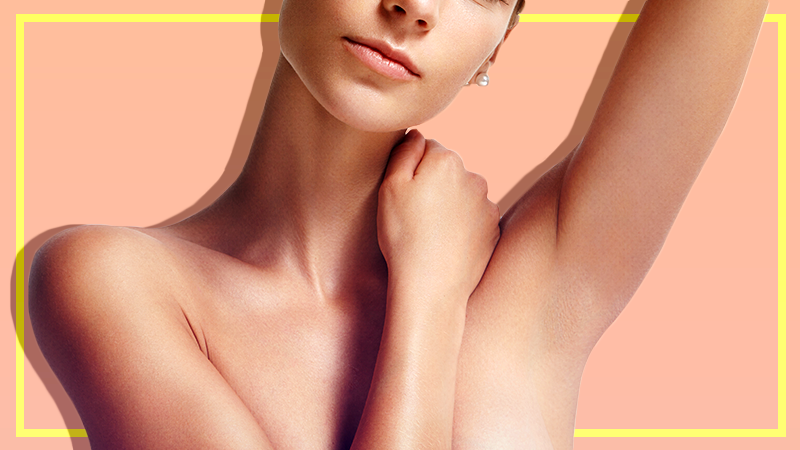 Almost all natural deodorants have one thing in common: They don’t really work. I’ve tried them all and have yet to find an aluminum-free formula that does more than just offer two hours of a pleasant scent before fading into total uselessness. Forget lasting through a workout—most natural deos can’t even survive a brisk walk to the subway.

It’s unfortunate, because I avoid using drugstore deodorants as much as possible, even going so far as to carry a natural one around with me all day to keep reapplying. I’m afraid of the scarier ingredients in antiperspirants as much as the next person who doesn’t want to get cancer, but my real issue with them is the way they smell. It doesn’t matter if they claim to be redolent of cucumber, vanilla, or unicorns—they all have a weird, chemical-y undertone to me. I hate it.

I’ve done my research on natural deodorants and what goes into them, because it baffles me that so many well-regarded brands have been unable to make one that functions. Oils like coconut and jojoba are common ingredients as well as antibacterial components such as alcohol and tea tree oil. Cornstarch and baking soda, as well as various other powders I’ve seen listed, work to absorb moisture to keep you dry. The alkalinity of baking soda also helps to prevent excess sweating and odor, while essential oils all serve their own purposes, depending on what you’re looking for.

Frustrated by my fruitless search, I recently decided to attempt to create my own natural deodorant based upon the ingredients so many brands use to formulate their own (mostly useless) versions. Baking soda, cornstarch, coconut oil, and lavender oil would be my go-tos in the formulation, but first, I decided to try each ingredient on its own before combining them into what I hoped would be the natural deodorant of my dreams, all cooked up in my kitchen.

First I tried baking soda. I just kind of rubbed the powder under my armpits, because how the hell else am I supposed to use it? At the end of a day spent mostly sitting at my desk, I was almost entirely scent-free, and I didn’t experience much moisture either. Cornstarch was slightly less effective in preventing odor, but it did work to keep me dry. Coconut oil did pretty much nothing except make my skin greasy and stain a shirt, and I ended up being too scared to use the lavender oil alone because I was afraid it would irritate my sensitive armpits.

None of these ingredients was a solution on its own, so I, a distinctly non-DIY type of person, heated up some coconut oil, mixed equal parts baking soda and cornstarch, and set out to work on my own formula. It took me a while to get the ratios right, but once I did, I splashed in some lavender oil, transferred the resulting paste to a Ball jar, and gave it a try.

I hate to say this—I really do!—but for whatever reason, this experiment of mine works better than any other natural deo I’ve ever tried. I’m not sure why that would be, since I used the same ingredients that I’d spotted on many a store-bought products, but my best guess is that it has something to do with the freshness of the ingredients. My product was just made versus something that had been sitting on a shelf for a while.

So if you, like me, have dealt with your fair share of disappointment with natural deodorants and feel like you now have to choose between maybe getting cancer or smelling really bad, the DIY way may just be the only way to get it right. It’s super easy, and once you’ve got it whipped up, you’ll feel like a champ. There’s definitely something missing in the natural deodorant market that someone has to figure out sooner or later. In the meantime, you can find me making a janky double boiler out of two saucepans.