Earlier this year, I made a pretty lofty declaration, naming this mascara as the only one able to curl and lift my short, flat eyelashes. Well, here I am again to take back what I said, because you can do that in the name of makeup. NARS’s Climax Mascara carries a similarly clever moniker like its sister Orgasm Blush. That may have excited some, but as an editor who rarely gives into the hype, I actually waited a little while before trying this one out, simply because my inner snob got the best of me.

Now, after three months of use, I can wholeheartedly confirm that this is the best thing to happen to my beauty routine in 2018. First, the packaging alone is a very bold reminder to never forget my lashes; a ruby red tube with ridges that run from top to bottom. It never gets lost atop my very disorganized dresser or inside my work bag, which seems to have no end.

Next, let’s talk about the wand, whose teeny bristles are also ridged to evenly load up on product. The brush itself isn’t so small that I have to dip and reapply multiple times, but also not so big that I risk poking myself in the eye with every swipe. It’s a comfortable median, making it possible to put on one layer, pause to put on the rest of my face and finish with a second layer for good measure.

That brings me to the formula. The brand created a top-secret “Lash Moisture Complex,” which I can only assume is a mix of some sort of sealant, like beeswax, along with softeners that ward off the clumping and smudging without disrupting hold. It’s also relatively easy to remove with a wipe or cleansing oil, unlike waterproof formulas that often require more energy than I’m willing to exert at the end of the day.

MORE: 11 Mascaras That are Extra Kind to Sensitive Eyes 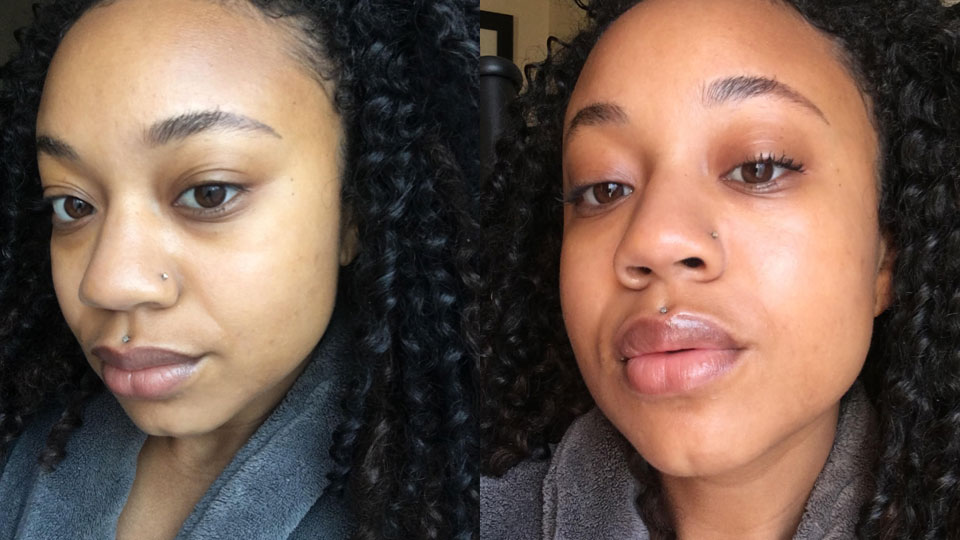 Lastly, it actually does what it says: It lifts my lashes just a little without making them look completely faux, but like I put effort into getting ready for work. Plus, it distracts pretty nicely from dark circles—a benefit this insomniac is always appreciative of. All in all, for $24, I’d say it’s a worthy investment for three months, the recommended amount of time to use a mascara before it expires.

Trust me: This is a bandwagon worth hopping on, especially if you’re looking for a low-key mascara that’ll blend nicely with your “no makeup” makeup look.

Sh*t I Actually Use is where Beauty Editor Nikki Brown and other members of the StyleCaster team wax poetic about the products that make it past their desks and into their beauty routines.