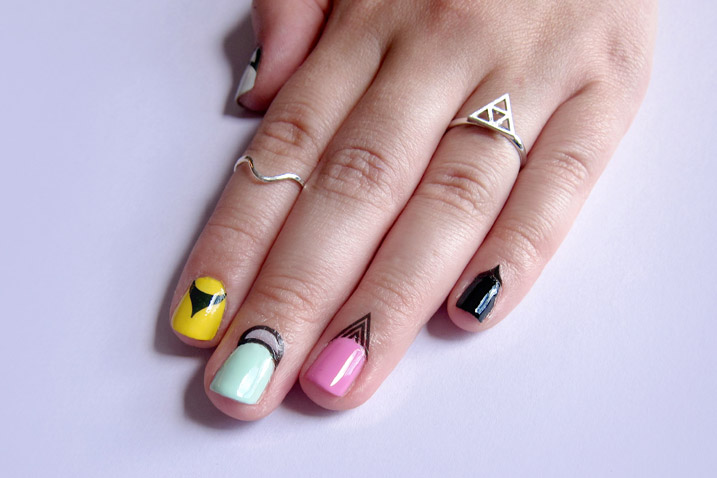 Some things just don’t end. Taxes, rent/tuition increases, nail art—they may be the only things out of Karl’s control. Which brings us to cuticle tattoos.

Just when we thought the crazy nail art trend was finally easing its way towards gone (Chanel recently tried to kill nail art),  it’s back like another vampire-based series or Lindsay Lohan. Such is the case with the tattoos, although thankfully the term “tattoo” is used loosely, because they’re temporary. So we guess it’s not as bad as it could be.

Still, we have some complex emotions about Rad Nails’ new cuticle tattoos. On the one hand, they’re definitely unique, so that’s good. Nothing worse than seeing someone else with your cuticles, right? On the other, they remind us of that time we tried giving ourselves a cat-inspired manicure in grade school, complete with nails almost filed into points, so it’s a mixed bag.

To be fair, it doesn’t sound anyone expecting you to just wear the cuticle tattoos out in public on your unprepared, boring old hands. No, they’re described as, “an easy way to accent your nail art.” Because wearing them alone would look silly, obviously. You need some nail art to focus the eye first, and then draw it up when it’s bored with whatever circus is going on there. This is the 21st century, after all. The more trends at once, the better.

So we want to know: Would you actually wear cuticle tattoos? In this day and age of stiletto nails and Ryan Gosling nail wraps, is the next logical step to go above and beyond, via cuticle? Inquiring minds need to know.

More From Beauty High:
Nail Art: Everything You Need to Know for Gorgeous Nail Designs
Is Chanel Trying to Get Rid of the Nail Art Trend?
Trend Alert: Holographic Nail Art
20 Beauty Trends You Need to Try in Your 20s