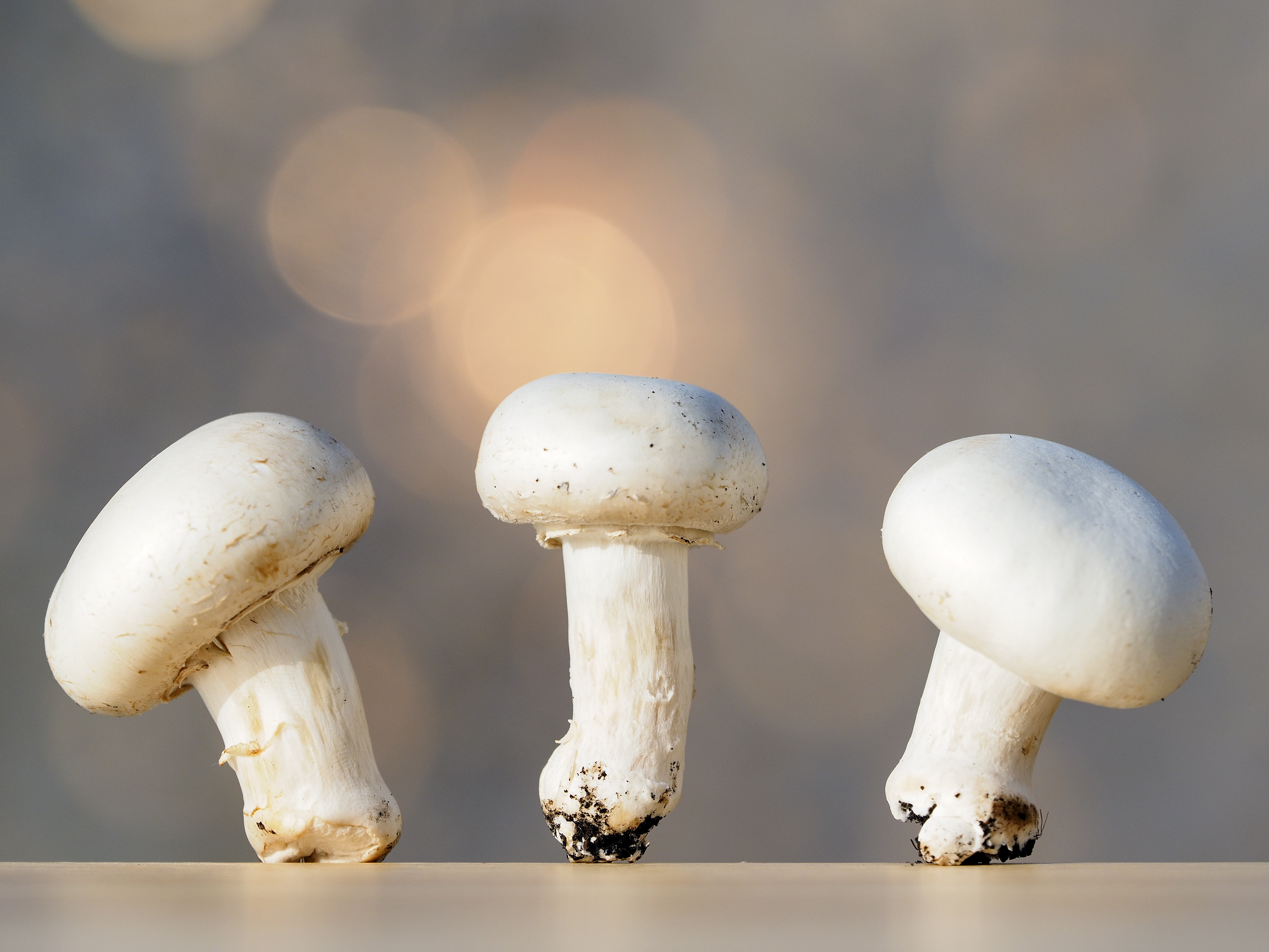 They may not be as trendy as kale, but mushrooms have truly earned their superfood status. Not only are they packed with as much potassium as a banana, but they also provide the body with B vitamins, iron and Vitamin D. And while they haven’t blown up on the beauty scene—yet—new research has shown that mushrooms may be the key to fighting aging at an extreme level.

All mushrooms produce a small amount of Ergothioneine (Ergo), an amino acid that functions as a supercharged antioxidant. Immunologist Dr. Marvin Hausman found a way to maximize the effects of this ingredient while researching the benefits of antioxidants in Alzheimer’s treatments. But as fate would have it, Ergo is more useful to our beauty routines than his research—it recharges and strengthens cells to prevent aging in the skin and hair. So what makes Ergothioneine different than a boost of collagen or getting a serving of portobello mushrooms daily? So glad you asked!

Ergo is unlike any other antioxidant because our bodies produce a unique genetic delivery system that allow it to be transported directly to the parts of the body that need it the most, according to research by Hausman’s colleague, Dr. Dirk Grundemann. Most antioxidants don’t have that focused strength, so they go everywhere, making them less effective.

Dr. Hausman used this info to create an Ergo boost complex patented specifically for his line, GROH. “GROH’s formulations use a special variety of medicinal mushrooms which are not generally used in the culinary arts,” says Dr. Hausman. Using a light enrichment technology, they’re also able to boost up levels of Vitamin D2, stimulating the mushroom’s normal Ergo production more than 1000 percent.

But it’s not just Ergo’s antioxidant powers that have us swooning: this antioxidant can also help the body deal with stress. You know, that thing we’re under all the damn time. “When skin cells are stressed, that leads to oxidation and inflammation within cells and causes them to underperform,” says Dr. Hausman. “Underperforming cells are the leading cause of aging.” The combination of Ergothioneine and Vitamin D feeds cells, helping make them more productive and ensuring they can better deal with stress (no matter what’s causing it). So Ergo is more about ensuring proper cell functioning and ensuring your beauty from the inside out, as opposed to ingredients that only work as temporary fillers.

Superfoods consistently show that they have benefits when both applied topically and ingested—and mushrooms are no exception. While you could easily chow down on some extra mushies, it’s much easier to incorporate in your beauty routine topically. GROH’s Ergo boost complex is available in cream, hair mask, cleansing bar and pill form. “Our bodies are constantly under stress both internally and externally,” says Dr. Hausman. “Our system was designed to work in complement with one another to compensate for both external and internal stressors.”

They’re called anti-aging products for a reason. It’s never too early to start. GROH’s focus on regulating cells, not changing their function once depleted,  is proof of that.

Read more from Daily Makeover: 5 Anti-Aging Ingredients You Need to Know About