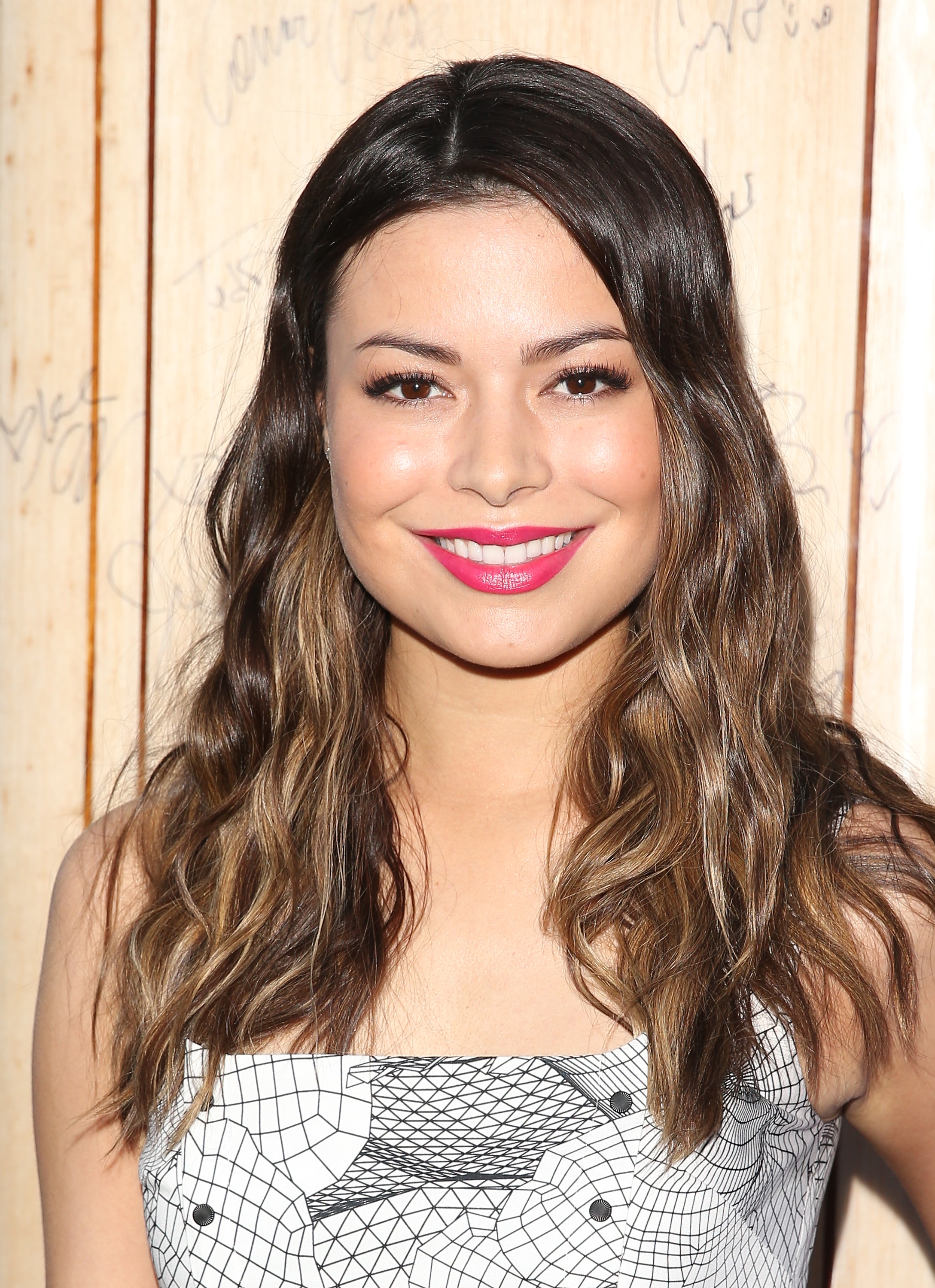 She may have started as a young Nickelodeon star, but Miranda Cosgrove has worked her way to feature films and recording an album, not to mention almost seven million followers on Twitter. The actress and singer has made quite the name for herself, and it’s clear she’s only just getting started.

Most recently, Cosgrove landed herself a gig as the face of the NFL Tweens Apparel line, where she puts her modeling skills to good use (is there anything this girl can’t do)? We had the chance to chat with her about her go-to makeup for game day, what she’s learned after years in the makeup chair on set, and the reason behind all of her awesome selfies. Read on!

Beauty High: What’s your go-to hair and makeup for football game day?
Miranda Cosgrove: I like my hair more when it’s curly, and I don’t curl it all the time, but I’m always happy when I do. For game day, I’ll probably wear a little more makeup. In every day life I don’t really wear much. Especially with the [NFL Tweens Apparel] clothes, I did a lot of skirts and boots and jewelry with the t-shirts, so I’d want to wear something like that. Also, probably some thick eyeliner and mascara and individual lashes.

MORE: 10 Tricks to Go Without a Filter in Your Next Selfie

Do you ever do the individual lashes yourself?
I’m okay at it. Some of my friends are actually really good at it, but it’s hard! I’ve attempted and practiced so I’m definitely getting better.

You’ve got the perfect selfie down pat. Do you have any tricks as far as angles, filters, and poses?
When I take selfies, everyone makes fun of me on Instagram because I take selfies in the car. But it’s just when I put myself together and have makeup on, and that’s usually when I’m on my way somewhere. I think I need to try some different settings. People always comment with things like, “Take them somewhere else!”

What’s the best beauty trick you’ve learned being in the makeup chair on set?
I started wearing makeup when I was really young because I started on a Nickelodeon show when I was really young. They always wanted to make it look like I wasn’t wearing makeup because I was so little, so from the beginning I learned how to get the natural look. Not even having to wear foundation can be good sometimes, so I try to not to wear a ton of makeup on a daily basis. It’s a lot more fun when I’m going out and doing something.

Is there any beauty trend you really want to try, like purple hair?
I always thought it would be fun to try something new. But, for Halloween I’m going to be Snow White and I’m really excited to go all out with a wig and makeup.