When did Millie Bobby Brown get so…grown up?! Brown shocked everyone with her new blonde hair at the premiere of Stranger Things season four at Netflix Studios Brooklyn on Saturday, May 14, 2022, in New York. Not only is she blonder than ever, but she also has new bangs and some serious length, no doubt due to some well-done extensions. She looks great but more mature than her 18-year-old age. Or maybe we’re just not used to adult MBB?!

The pretty, multi-dimensional blonde hue was done by the colorists at Josh Wood salon in London, with styling by Pete Burkill, who calls his client the “queen of transformations.” Thomas Carter Phillips styled the star in Louis Vuitton for the evening and makeup artist Buster Knight did her glam. He said on Instagram he used Brown’s own Florence by Mills makeup and skincare line and loves the Get Glossed Nourishing Vegan Lip Gloss in Marvelous Mills ($12 at Ulta Beauty).

It’s giving a modern Britney Spears and it totally works. 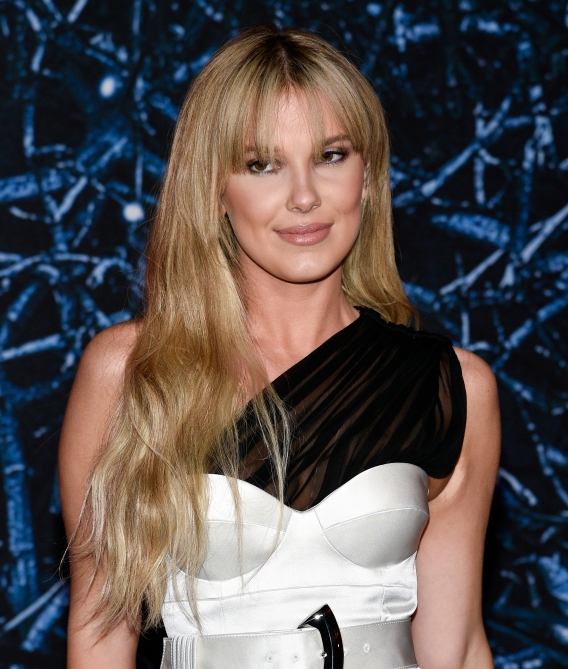 They don’t call her the “queen of transformations” for nothing. The next few days, Brown switched up her hair, wearing a “textured ’00s pony,” again by Burkill. He used gHD styling tools for the sleek bangs and wavy pony, with Sachajuan hair products. This is the pony to end all ponys. See it in action below (and check out her hilarious American accents!)

And that’s not all. Brown joined her dream team again for what looks like interviews or videos. She rocking that Florence by Mills lip gloss (we need!) and trendy baby braids. The Y2K queen was born in 2004 so she didn’t experience the 2000s trends the first time around. She’s definitely slaying them now.

The first volume of the fourth season of Stranger Things hits Netflix May 27.