A recent wine-fueled conversation with a group of twentysomething-year-old friends revealed something I found to be shocking: Almost none of us were using any kind of hormonal contraception. Among a group of six women, only one was using the pill, one used—and swore by—her IUD, and the remaining four were firm proponents of the rhythm method, or the fertility awareness method, after struggling on regular contraception.

For the uninitiated, this essentially involves abstaining from unprotected sex when you’re most fertile, but it takes a good deal of insight to work out exactly when that time is.

Dr. Prudence Hall is a gynecological surgeon and practitioner turned advocate of regenerative and integrated medicine—you’ve possibly seen her on “The Oprah Winfrey Show,” “Dr. Phil,” or “The Doctors”—and she gave a little insight into what’s required to actually follow this method properly.

“The rhythm method helps women avoid unprotected intercourse during the most fertile time of their menstrual cycle. This fertile time is usually 14 days before a women’s period, or in the middle of a 28 day cycle,” she said. However, there’s room for error here, as you could be fertile for four or five days before ovulation and three or four days afterward.

“This is because the female ovum [egg] remains fertile for 48 hours and the male semen stays viable for 72 hours. The key is pinpointing the time of ovulation perfectly, which isn’t always easy,” she said.

When using the rhythm method, it’s considered safe to have sex at certain times of the month, specifically: “If a woman has a regular 28-day cycle, the week of menses is generally safe as long as her period does not last longer than seven days. The week before the period is also generally safe. This allows a two-week fertile interval of time where another birth control method is used such as condoms or a diaphragm,” Dr Hall said.

Of the women I spoke with, most used apps to help track their cycle and make note of their basal temperatures (here’s how to do that) as well as cervical mucus—both of which are indicators of ovulation and therefore fertility—and also use the pullout method even on low fertility days to also avoid unplanned pregnancy, which, clearly, is a concern when you choose not to use birth control.

At this point, I feel like we should address what everyone’s thinking: Yes, sex, when you’re not on hormonal birth control, is risky. Yes, almost half of pregnancies in the United States are unplanned. However, in saying that, every woman deserves the right to have agency over her own body, and to make a choice about what form of birth control (if any) is right for her—and this is a risk many millennial women seem completely comfortable with taking.

There’s research too that suggests you should check your judgment at the door when it comes to the rhythm method, pulling out, and generally avoiding common contraceptives. According to a 2009 study of the pullout method, compared with typical condom use, the former is only slightly more likely to result in pregnancy.

Another study of 12,000 American women found that 63 percent of women who stopped using the pill did so due to its side effects—which can include anything from weight gain to spotting and nausea.

If you’re considering switching over to the rhythm method, sex expert, and frequent “Today” show guest Dr. Logan Levkoff warns that you have to be extremely organized—if you’re the kind of person who forgets to pay bills on time or schedule regular medical checkups, this might not be for you.

“While the rhythm method’s not impossible, it does require diligence. Every person’s cycle is different and can even change with weight loss, weight gain, and exercise, making this method extra tricky,” she said, adding that to do it properly you must take your basal temperature every morning, and be able to understand nuanced differences in your body, which involves an intimate understanding of your cervical fluid.

If it’s so much work, why are busy young women choosing the rhythm method over popping a pill every morning? We chatted with four to find out, so keep scrolling to read their stories. 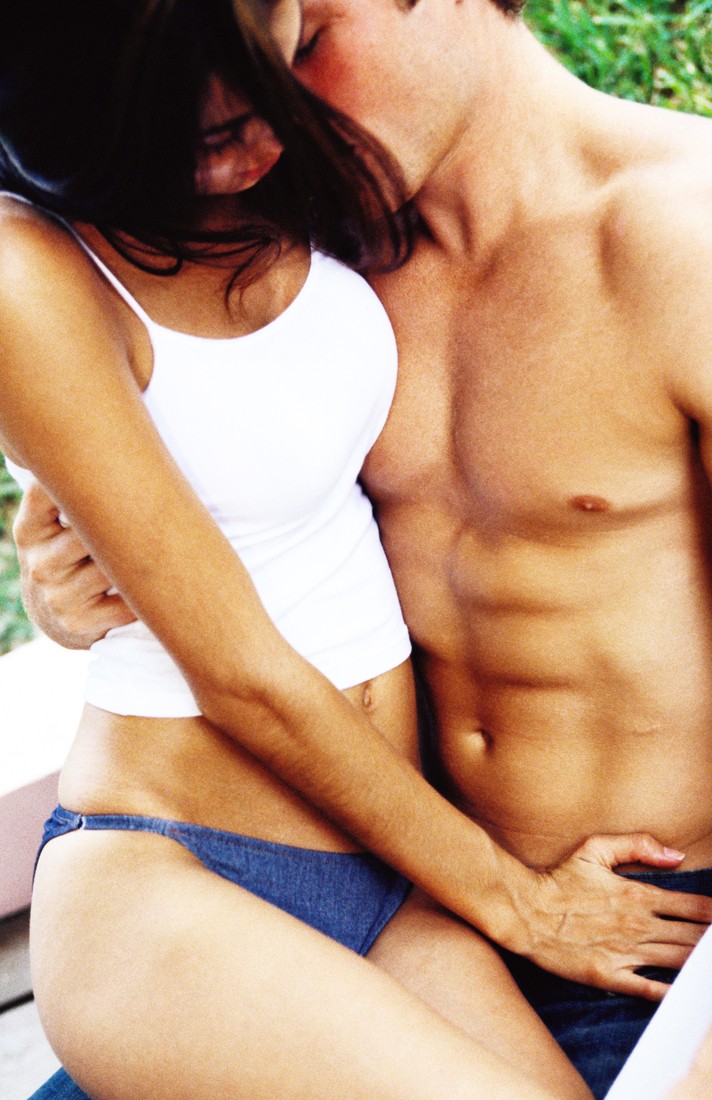 “I first heard about this method when I read an article online about an app called Clue, which helps you track your cycle. I worked with my naturopath [a health professional who practices natural and holistic treatments] about a year trying to get a regular cycle after going off the pill, then I heard that getting in tune with your cycle can also be a form of contraception. At the same time, I began to educate myself on the effects of regular synthetic hormones and discovered the horror it was doing to my body so I stopped.

Using Clue, I now set the notifications, which prompt me to add in any info. The more data you enter, the better as you begin to learn more about your body’s responses to hormone levels during the month.

When I first started using the rhythm method, my boyfriend at the time bitched and moaned about the use of condoms during my fertile period. I broke up with him for disrespecting my decision to go off the pill. Outside of a long-term relationship, I practice safe sex with condoms (duh!).”—Mia, 28, Los Angeles

“I wanted a more natural method”

“I did the fertility awareness method (another name for the rhythm method) for about two years before that and felt great. I read Taking Charge of Your Fertility, a book that explains everything: It involves tracking your temperature upon waking and also observing cervical fluid. I tracked my temperature for six months using the Kindara app, until my cycle became like clockwork and I could identify which times of the month my body was and wasn’t fertile. My partner and I would sometimes use condoms when I could have been fertile, as well as and often pulling out to be on the safe side. I felt the best I ever had after two years on the contraceptive pill, which really didn’t agree with me and led to a lot of changes in my body and an episode of depression that only could have been chemical, as everything was great for me otherwise. As soon as I got off the pill, I felt better.

My personal view, from my own research, is that long-term hormonal contraception is way too much for the liver to handle and leads to hormonal imbalances as estrogen gets recycled in the body. I’m really fascinated my hormones—they make every emotion possible, and I just don’t think it’s worth a woman messing with the experience of her whole life by being on hormonal contraception 24/7 for the few collective minutes a week of a man experiencing their orgasm without a condom. If a man doesn’t appreciate that then I wouldn’t want to sleep with them.

I just got a copper IUD in October 2015 (which is non-hormonal), because I started to feel guilty about the possibility of needing an abortion. I had been willing to take the risk up to mid last year but I felt grown up enough that I would consider following through with a pregnancy if it happened, which freaked me out. I thought a copper IUD is the last non-hormonal option I was willing to try and had a better success rate so I went for it. After really heavy periods the first couple of times I felt quite miserable, but this symptom has improved and I’m happy with my decision.“—Talia, 26, London

“I got pregnant on the pill”

“I was on the contraceptive pill from about the age of 16 until I was 21-years-old. During that time I trialed about a dozen different types of medication, but each left me nauseous, often to the point of vomiting—which is not something you want to do straight after taking oral contraception, as it renders it basically useless. A few months after turning 21, despite being on the pill, I fell pregnant and immediately terminated the unwanted pregnancy. After heading back to my doctor, I decided to try Implanon, a little rod that’s inserted in your arm and promises to give three years of protection against pregnancy. I experienced a frustrating six months of continual spotting before eventually making the call to have the device removed. Since then, I’ve been using a combination of condoms and the rhythm method, abstaining completely from sex when I ovulate, and using condoms during all fertile periods. It’s been about four years so far, and while it takes a lot more self-control and discipline to follow then simply taking an oral contraceptive, the nausea is gone, and I don’t regret my decision to quit hormonal contraceptives. I’ve also recently started using a free period tracking app, which makes things a lot simpler than my calendar. Obviously this really isn’t for everyone, but it works for me.”—Jess, 25, New York

“I gained weight on Implanon and the pill”

“Previously I was on the pill (Yasmin) for a couple of years and also tried the Implanon for three months, but after doing a bit of research was scared at the thought of flooding my body with hormones, so decided to try something else. Also, I found that I carried a bit more extra weight when using hormonal contraception, which I found incredibly frustrating. Luckily I have a partner who understands and respects my beliefs, and while some people look at me as though I am crazy when I tell them about my unconventional form of birth control, I’ve never regretted it once in the five years I’ve been doing this, and never had an issue. The only downside is my skin isn’t as clear as it was when I used hormonal contraception, however for me, it’s worth it.”—Gabby, 26, Sydney

Note: In some instances names have been changed to protect the woman’s privacy.
Tags:
StyleCaster