Friend in our head Mila Kunis is the epitome of cool. She’s ridiculously charming, effortlessly beautiful and one-half celebrity couple goals alongside hubby Ashton Kutcher. Outside of press runs for a film project, you’ll be hard-pressed to find the mother of two in front of the camera (unless paparazzi are doing the absolute most). So when she does step out on the red carpet or a late night talk show, we’re admittedly all eyes and ears.

MORE: The Expert-Approved Way to Accentuate Your Eye Color with Makeup

This time around, while most are probably reading up on her comments regarding Kutcher’s first marriage, we’re onto more important matters, like this eyeshadow moment on The Tonight Show. 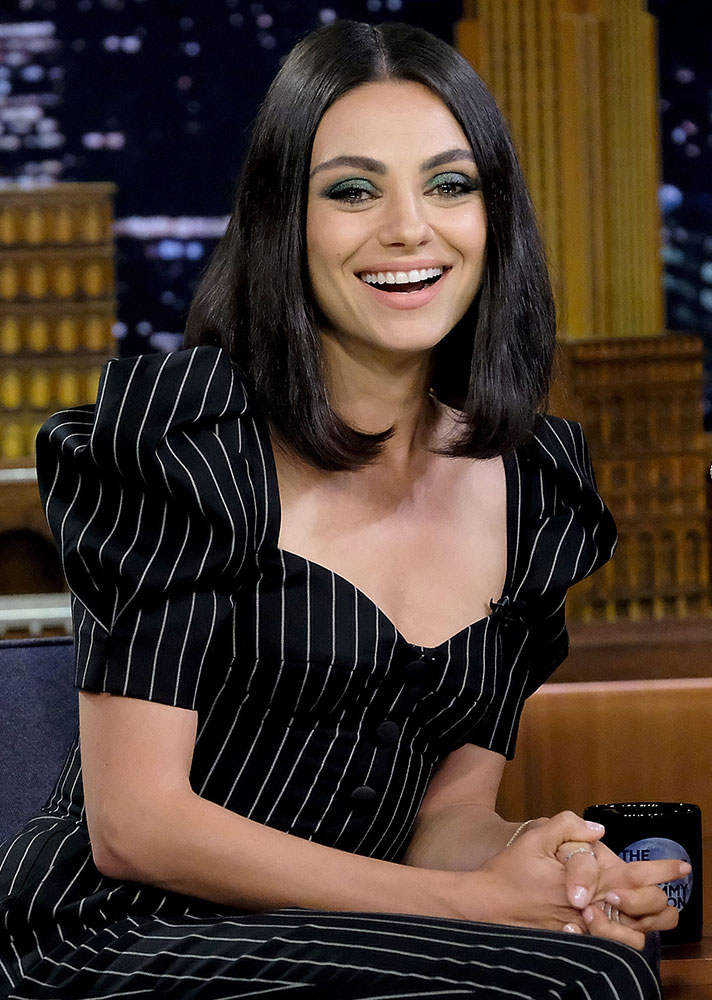 Kunis was there to promote her role in The Spy Who Dumped Me and took advantage of the occasion by going full-on glam without trying too hard. It makes sense that she would go with this emerald shade, as green is a complimentary hue to hazel, the color of Kunis’ eyes.

And if Instagram is any indication, we  makeup artist Tracey Levy to thank for this look, as she’s been part of Kunis’ glam squad for years now. If you’re stuck on how to apply green makeup without getting too heavy-handed, start with our guide and a little inspo to spare.